Iliasburg and Looking for the Snitch

This is part 6 of the playthrough of Monmusu Quest: Paradox I started back here.

Okay, so this is starting to resemble that Dark Souls 2 playthrough by a (semi-)famous youtuber where they were still stuck in the tutorial area after five episodes.  This time we’re definitely going to Iliasburg.  Look, we’re heading over the bridge.  We can see it there to the north.  It will only…

Then everyone stops for nightfall. 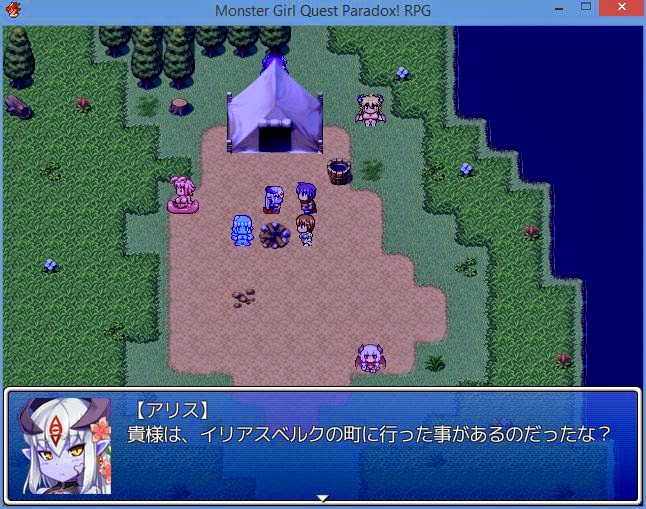 This is another opportunity to fill in more of the background.  Sonya talks about the time she was lost on the slime mountain and cornered by two slime girls that didn’t know what to do with her either.  Alice talks about history, confirming Ilias was probably sealed about 30 years back.  She also repeats the events of the original MGQ series by teaching Luka the Demon Decapitation sword skills.

At the entrance to Iliasburg we’re met by another new character – the White Rabbit. 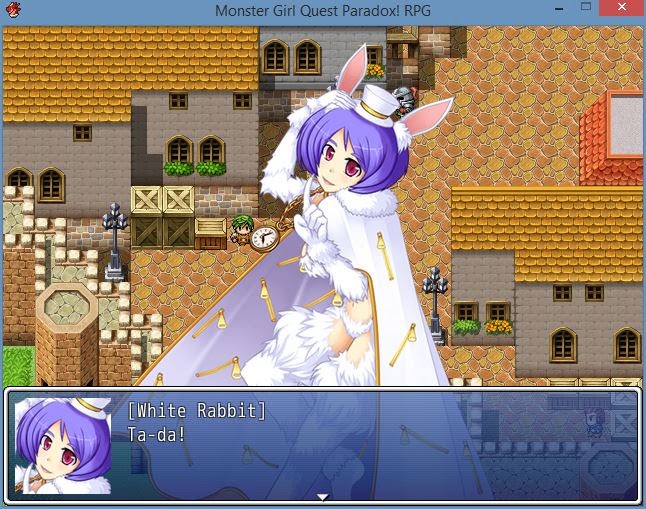 “Were you expecting Granberia?  Sorry it’s me.”

Hmm.  There are far too many characters that know far too much about what happened in the last series.

The rabbit is here, she says, to guide the monster lord and everything is a bit wibbly-wobbly and timey-wimey.  She refuses to change Alice back as she likes having a cute little rabbit chase after her.  (Hmm.  Alice chasing a white rabbit, I think I might have heard this story before…)

Luka also has a scary vision of Granberia (in the original this was where he first met her).  There’s definitely some weird alternate universe stuff going on.  On the storytelling side I think it’s quite gutsy of Toro Toro Resistance to play around with these alternate realities as it assumes knowing the MGQ story to get the most out of it.

After tricking the party into beating up a hapless alternate-reality Bunni slime, the rabbit runs off and leaves behind the Key to Hades.

This opens the mysterious door that only Luka can see on the second floor of the temple.  So far its purpose appears to be to allow the player to replay boss fights. 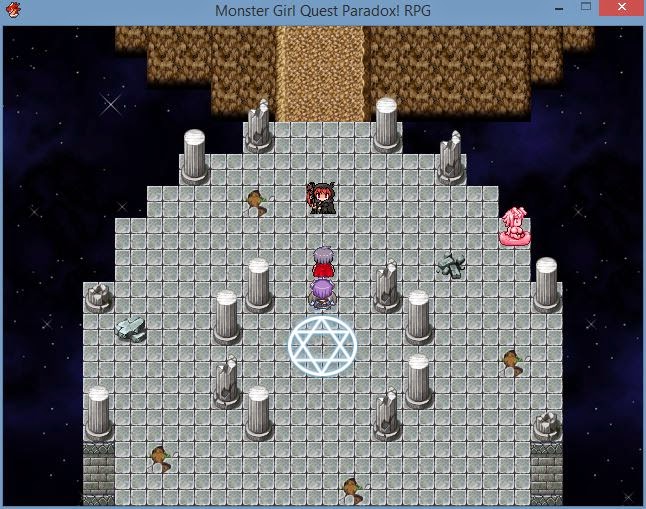 Then it’s shopping time.  The regions are all massive in this game for some reason.  Iliasburg is no exception.  Even the posh inn is as big as a freaking castle.  There’s no church, but talking to a travelling preacher and selecting Pray will return the player here if Luka succumbs to the wicked wiles of any of the roaming monster girls.  In a nice touch there’s an NPC at the entrance who can teleport the player to wherever they want to go in the town.

From the snippets of gossip we hear while wandering around it seems like there are similar choices on where to go as the previous series.  Some bandits (likely the loli bandit crew) are causing problems.  Their hideout is out west.  Out east is the harpy village and in keeping with the alt universe slant it sounds like something is wrong with the harpies.  North is Iliasport, but I wouldn’t recommend going there just yet.  I tried that and Luka ended up taking an early bath in a Rafflesia Plant Girl.

Nope, that’s not Nero.  That’s hours-in-the-future me calling back to stop this quest becoming the meandering disaster that happened in that other timeline.

Right, pay attention to this next bit unless you want to wander around aimlessly wondering why the hell the story won’t advance.

In Iliasburg you have to try and hunt down Amira (the joke lamia character with halves switched – her name is the kanji for lamia reversed).  This is required to turn the later quests on.  I could say something derogatory about the design, but to be honest trying to pander to gaijin idiots who can’t read Japanese probably wasn’t high on the developer’s list of concerns and neither should it be.

You need to talk to the information dealer guy to the right of the entrance. 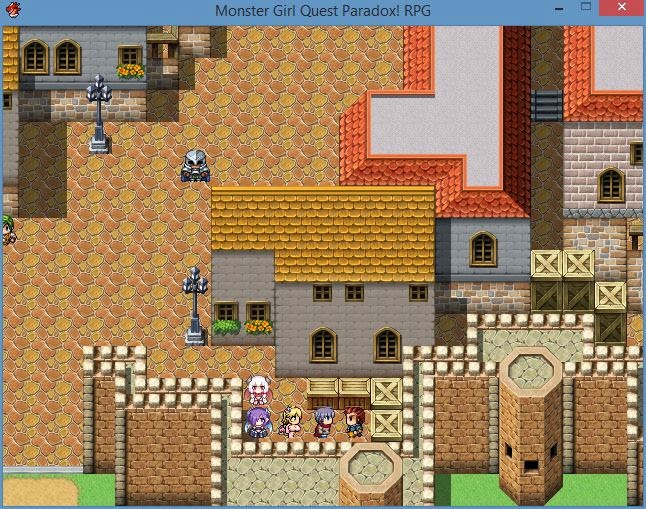 Then the little girl in the fountain. 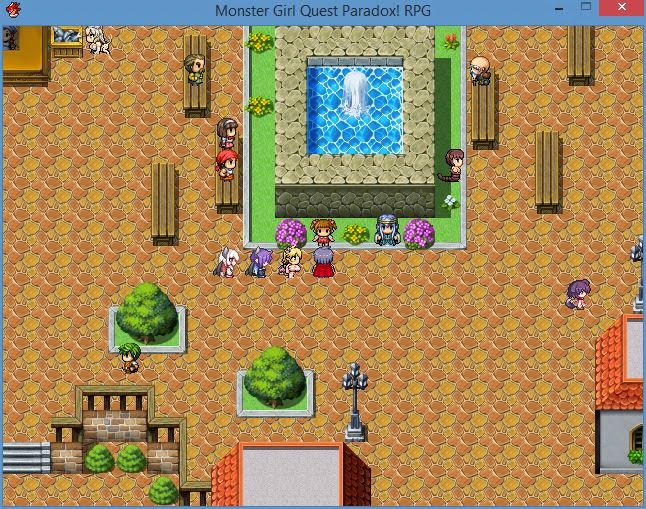 Then the NPC in the Blacksmith’s (shop with a hammer icon). 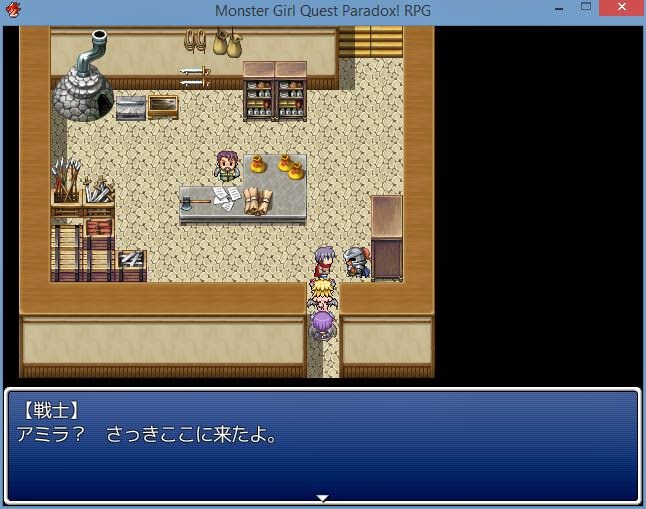 They’ll send you to the weapon shop where another NPC will tell you Amira went gambling to try and raise some money. 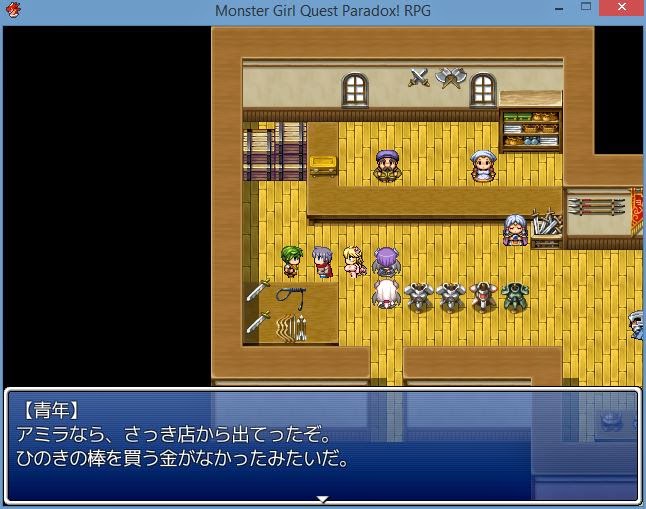 The gambler is in an alley to the north of the shop.  He’ll tell you Amira lost and in a fury went down to the temple in Iliasville to change jobs. 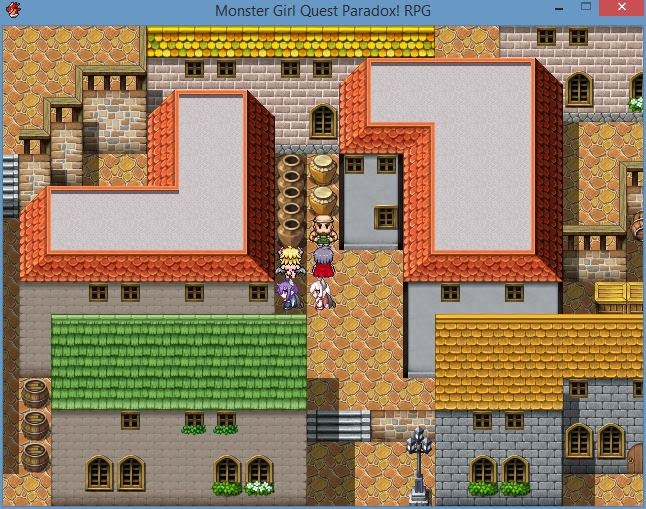 Iliasville is where we need to go as well.  Talking to the head priest (he’s the guy you go to when you want to change a character’s Job) gives a line of dialogue revealing Amira was here, but went back to Iliasburg.

After that and it’s back to Iliasburg to talk to the information dealer we spoke to at the start of the chain.  He reveals Amira has been kidnapped by the bandits and their hideout is in some caves to the west.

Now the rest of the game can continue… tomorrow.

Oh wait.  I appear not to have mentioned any sexy stuff in my walkthrough of a sexy game.  Iliasburg has a BF opponent – Claire. 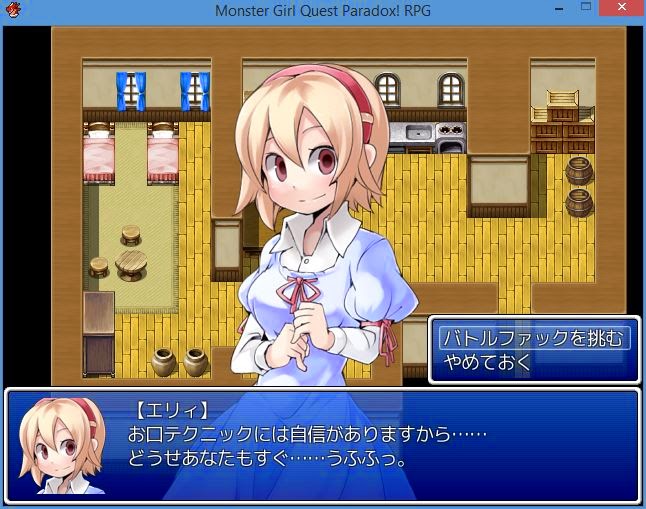 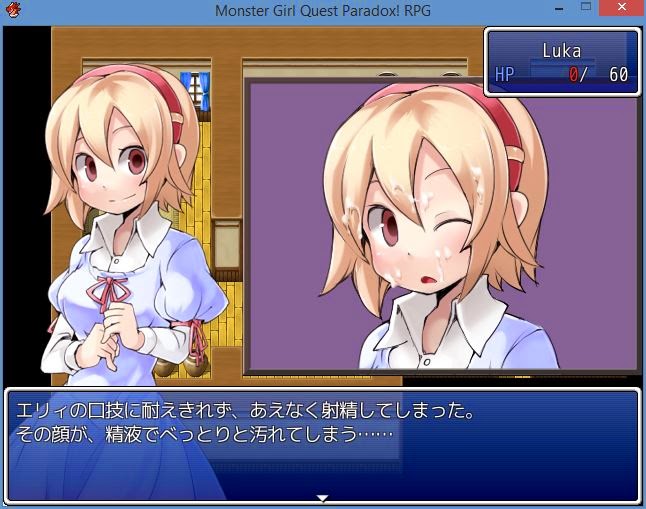