Yeah, that #52Books thing of reading 52 books in a year.  I posted about it in January and then approached it with my usual chaos.  I'm currently on #13 (and also #14, #15, #16 and maybe a #17, because...chaos), but for some reason got tangled up in putting reviews together.  The book reviews get the lowest hits here of everything, but I feel obligated to review them because I write 'em myself.  Here's what was on my Kindle around Feb/Mar. 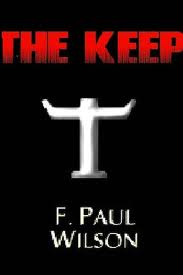 So that’s what the film’s about.

I remembered seeing the film of this back in the late eighties/early nineties as part of Alex Cox’s late night Moviedrome series.  The film is a bit of a cult classic, but largely incomprehensible after executive meddling hacked it down to a far-too-slim ninety minutes.

German soldiers are stationed at a creepy Romanian keep in WWII and are picked off one by one by a malign presence.  A Jewish professor and his daughter are brought in to try and explain the mystery, which deepens as a powerful stranger arrives to resume an aeons-old conflict.

The book is a clever mix of influences, including an extremely unexpected one that lies at the heart of the whole story.  It’s a little baggy in the middle while it develops a romance between the leads and layers on the misdirection as to the true nature of the evil entity, Molasar, but not enough to sink a thrilling tale.  It’s a shame loopy epics like this have given way to endless serial killer/police procedurals on the horror shelves.

After reading the book it’s fairly obvious film never had a prayer of doing the book justice. 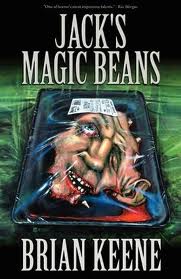 Not a novel but a novella with some extra short stories added to bulk it out to an appropriate length.  If I wanted to be especially harsh I’d describe it as the leavings off Brian Keene’s writing desk packaged together.

The novella details a typical day at a shopping mall gone horribly wrong as everyone suddenly goes homicidally insane.  The title comes from the reason why the few survivors are immune, but then that immunity starts to wear off...

Gory fun, but it reads like the opening chapters of a book Keene never got around to finishing.  The short stories are fairly solid with “’The King’, In: YELLOW”, Keene’s gory riff on Robert W Chamber’s The King in Yellow being the highlight. 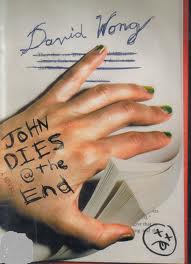 David Wong is the pseudonym of Cracked.com editor Jason Pargin.  It is also the name of the narrator of John Dies at the End, used as a device to play it up as a faux ‘true story’.  John Dies at the End recounts David and John’s fictitious adventures in the town of Undisclosed, where after being injected with a strange drug, Soy Sauce, they gain the ability to see the things humans shouldn’t see and become embroiled in a sinister plot involving alternate dimensions, weird artificially-engineered life forms and a whole heap of craziness.

The book is broken up into three vaguely linked adventures and veers wildly between crazy gross-out humour (such as trying to get a dog to shit out some plastic explosives it had swallowed) and darker moments designed to make the reader pause and think, including a deftly understated moment from Wong’s past that involves no extra-dimensional weirdness at all, which makes it all the more horrifying.  There are plenty of twists, including an absolute gut-puncher in the middle that reveals why that innocuous little philosophical question about an axe with a replaced blade and handle was asked at the beginning of the book.

Overall the book is probably a little too madcap zany for its own good, but is packed full of imagination and never dull.

#8: David Wong – This Book is Full of Spiders

The follow-up to John Dies At The End, this continues the adventures of John and David in Undisclosed.  At the start Wong is attacked by a extra-dimensional arachnid parasite only he and John can see (because of the Soy Sauce from the previous book).  Other parasites escape Wong’s house until a full-fledged outbreak threatens Undisclosed and maybe the whole country.

The sequel has tighter focus than John Dies At The End and is better for it.  Wong (Pargin-Wong, not Wong the character) takes some well-aimed swipes at cozy zombie apocalypses and the exploitation of fear by authority.  It’s only near the end, with the introduction of a reality-warping fur gun, where things start to get a little too silly and some inconsistencies creep into the story.