Right, back to the playthrough of Demon Angel Sakura, which I started here.

Plucky Sakura has jumped into hell to find a stolen mirror.  Level 1 is the Crystal Planes. 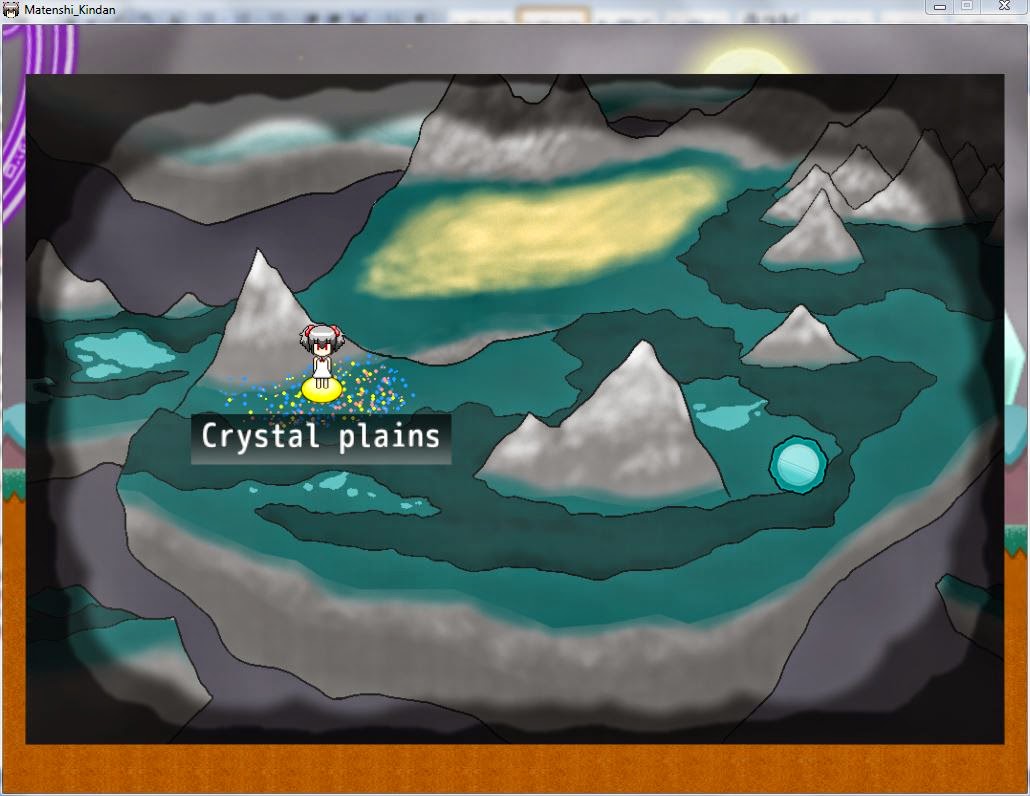 The controls are fairly straightforward.  Cursor keys move Sakura around.  She can air jump up to five times, represented by some feathers in the centre of the screen.  She has a primary fire mode of a divine-light orb or something and can store up to five of them to be released in a salvo.

There are no minions, so we’re straight into boss fights a la Shadow of the Colossus.

First up is a Slime boss with enormous jiggly tits. 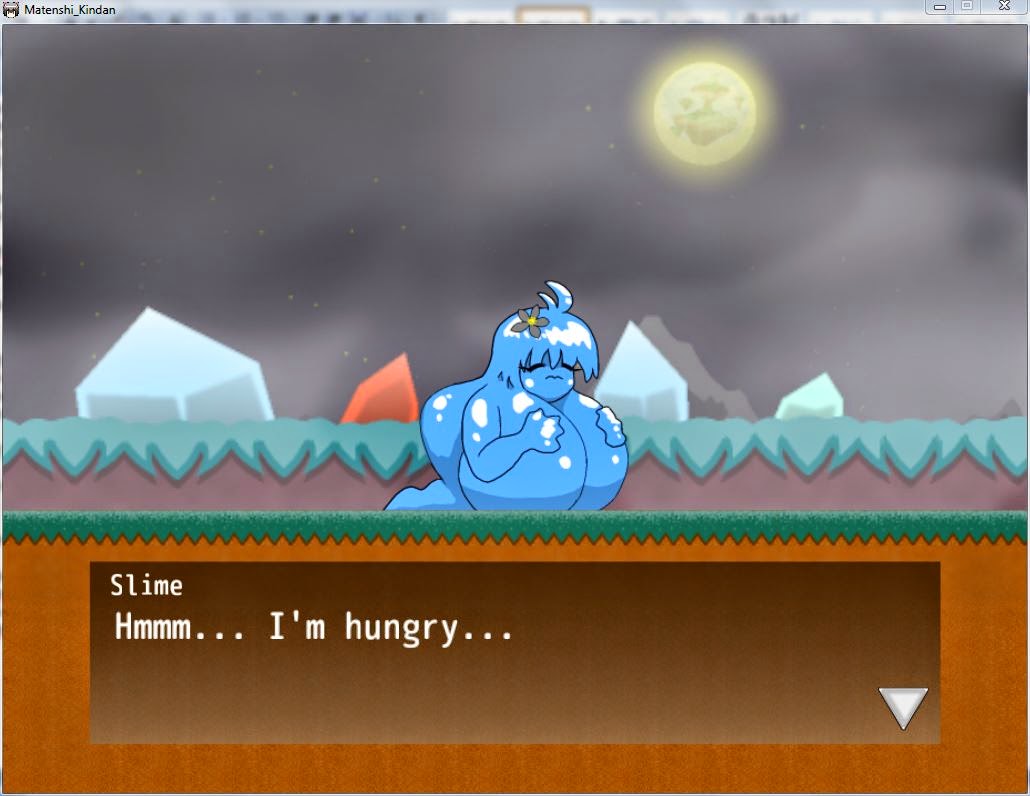 She has two attacks.  She jumps in the air and tries to splat down on you, or spits out three globs of quivering blue slime at you.  The ecchi stuff starts once Sakura drops down to only three hearts.  At that point her clothes come off and the Slime girl’s attacks turn into smexy grapple attacks.

If she lands on top of you, she’ll keep bouncing and rubbing her monster boobs against you until you shake her off (or run out of hearts).  If the mini-blobs hit, they’ll envelop Sakura and start molesting her until she shakes them off (or runs out of hearts). 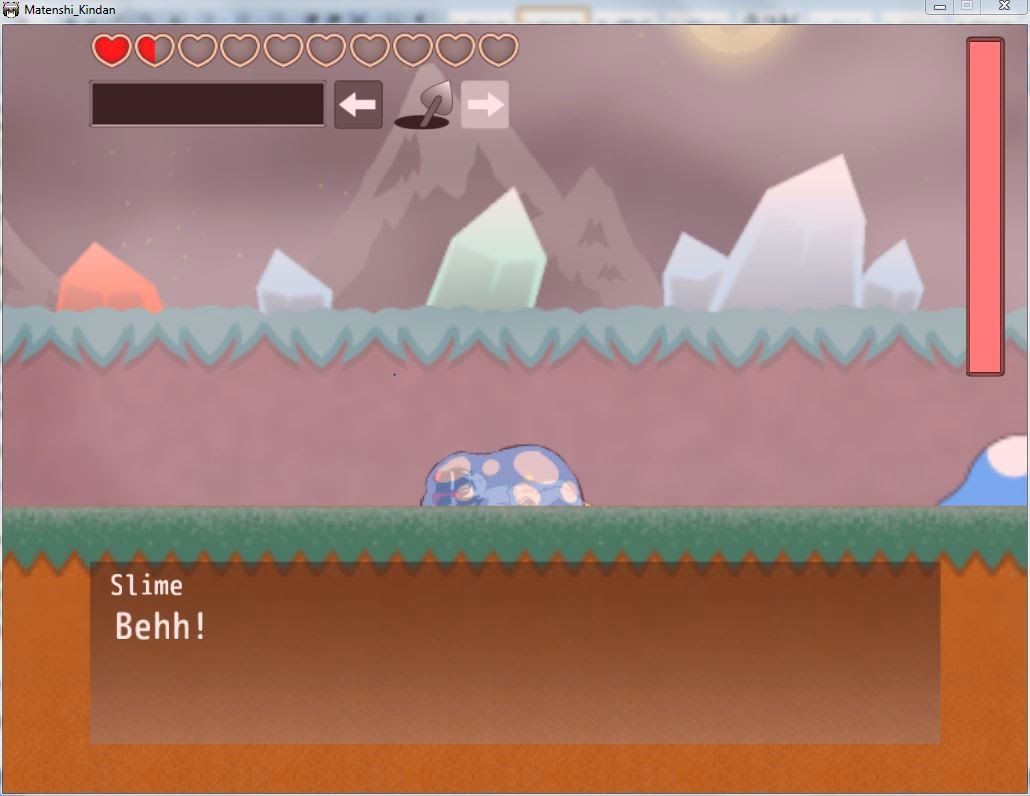 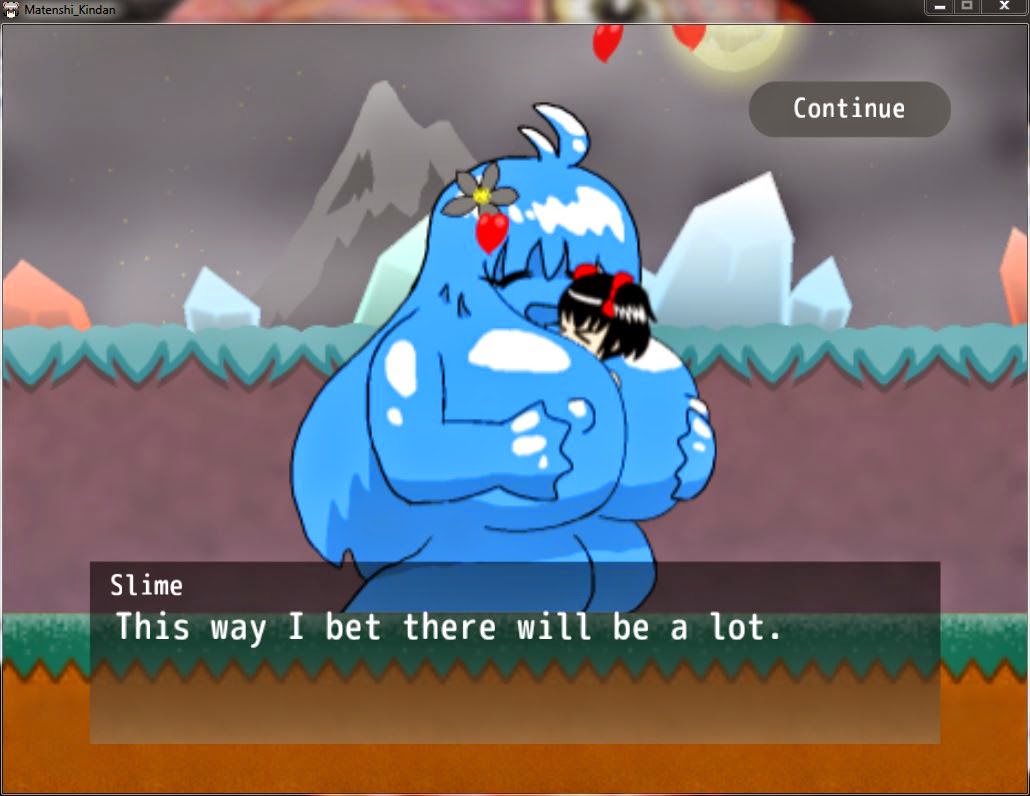 Oh, she’s going to keep doing this until we’re soup.

Then, finally, she licks the resulting Sakura-stain up off her boobies. 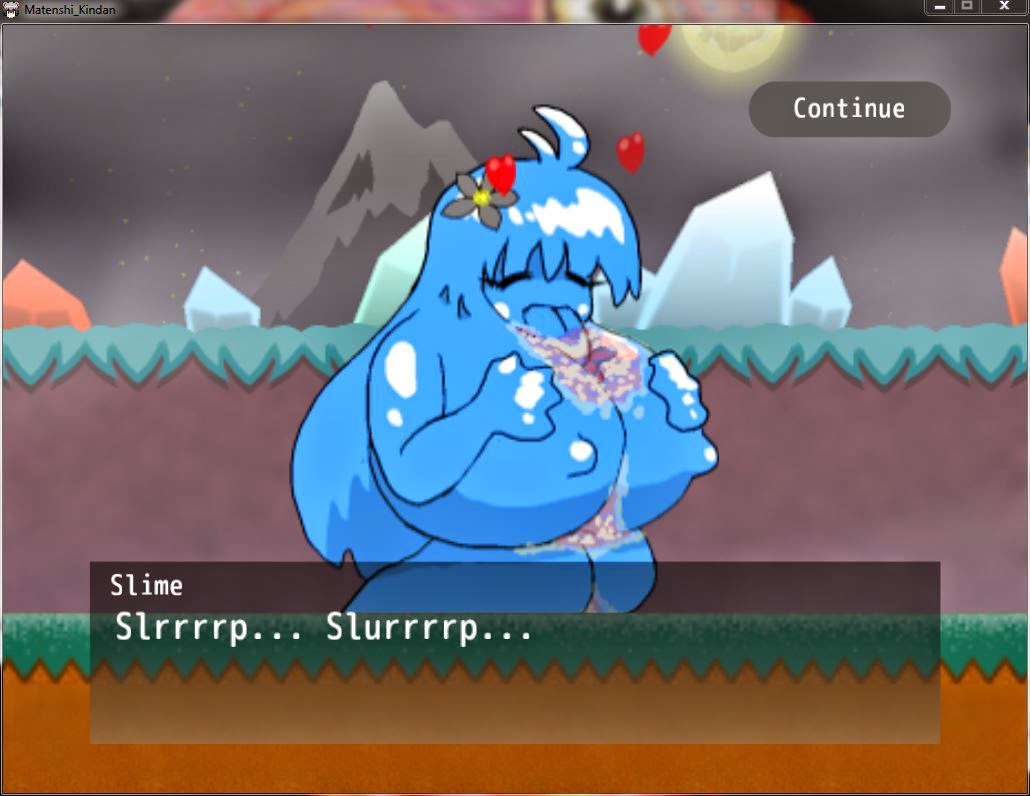 Um, yeah.  Guess this is a vore game.  Poor Sakura.  Even Luka-clone never got turned into cleavage soup.
Posted by M.E. Hydra at 01:05