Back to the game and Luka-clone knocks over the 9th boss, General Sweet.  Ariel, being the bloodthirsty little minx she is, tells Luka-clone to get a deathblow in before taking a breather.

By now we know that Luka-clone doesn’t roll that way.  General Sweet tries to take advantage by sighing in his ear.  That might have worked on useless Luka-clone ver 4.0, but this Luka-clone has a bit more of a spine than previous VH protagonists and turns her down.  General Sweet likes strong-willed men and agrees to his demands to stop oppressing the weak humans.  I think.  Auto-translation struggled with that conversation.

Now it’s back to the world tree.  There’s only one world left and from the silhouette the boss of that world looks to be Satan.

This leaves me wondering what happened to this girl. 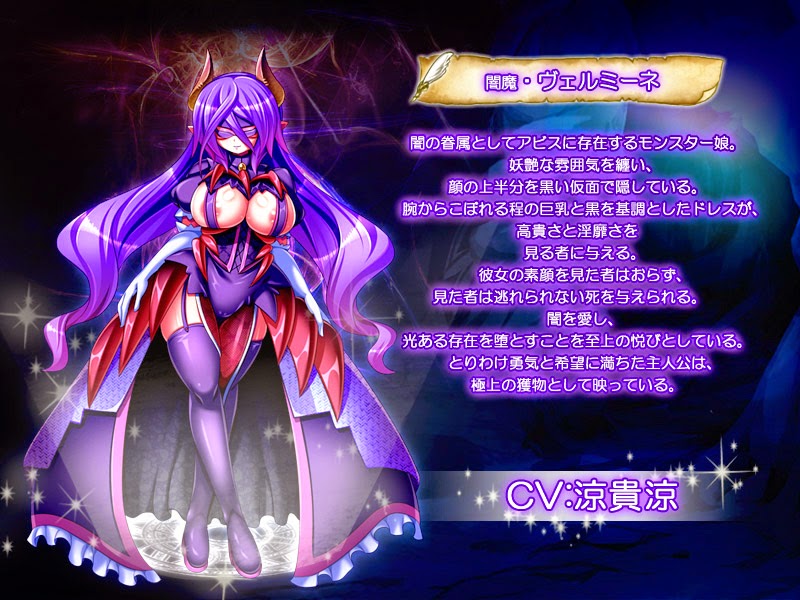 Back at the world tree and Luka-clone is debating whether to continue.  Safi and Satan both kicked his ass with ease last time around.  Ariel doesn’t think he has enough power either.  Which makes me wonder what the point of this was in the first place – irritate the other world bosses and then leave it at that?  Luka-clone decides to go to the last world anyway as he’s a big dumb hero.

Before we go, the scene shifts to mystery Alice-clone with a silly hat.  She’s waiting for the worlds to lose balance and fulfil the conditions of a curse.  Sounds ominous.

Ariel takes us to the demon world and we’re welcomed by a mysterious voice that makes Ariel quake with fear. 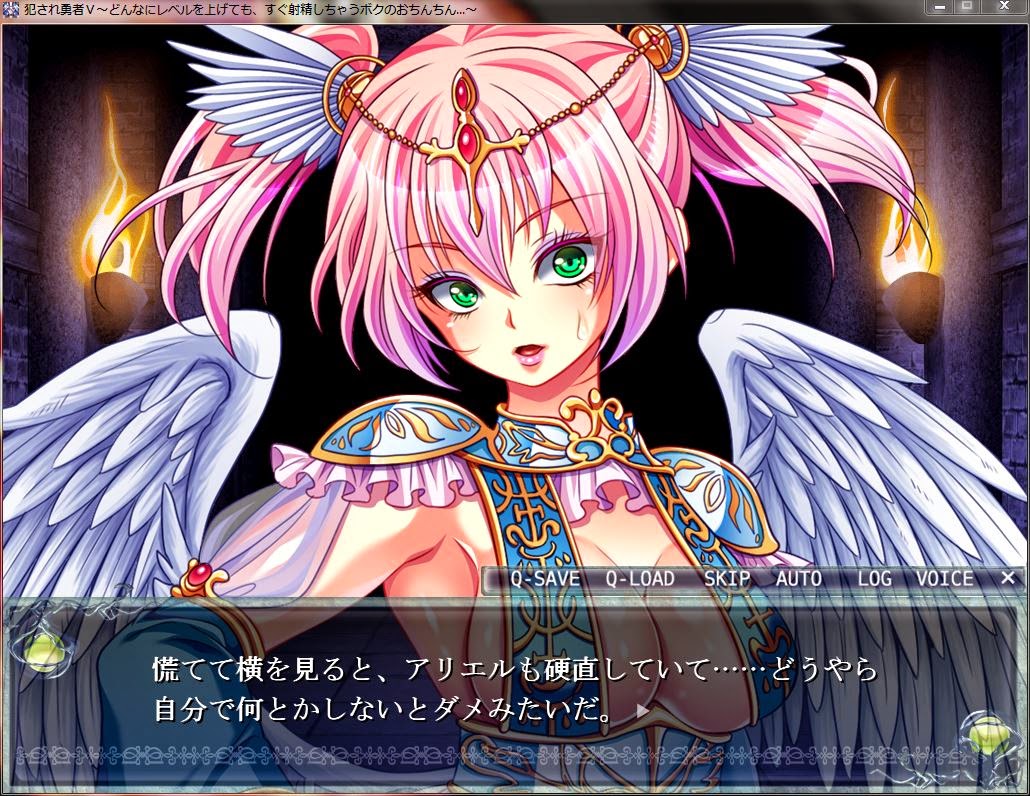 Hey, what happened to the map bits?  Are we just going to get thrown into a boss fight here.

And then we go to map selection and it’s off to the demon world we go. 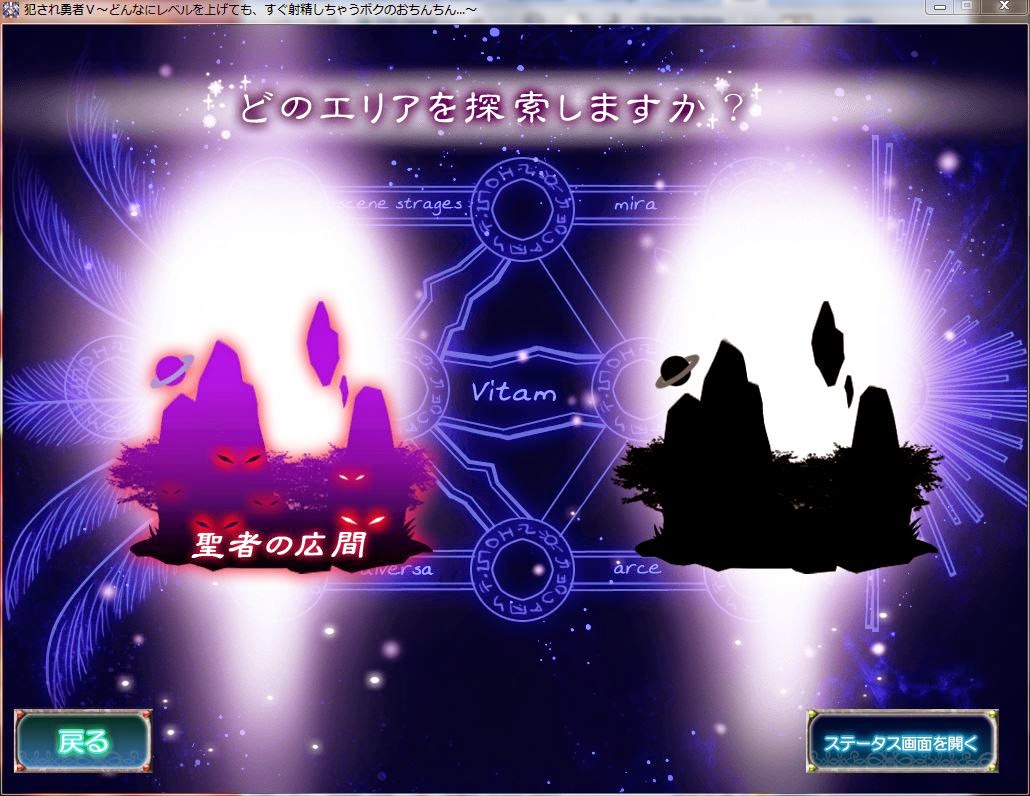 The first stage has another bonus mini-boss to bash us into senseless pulp during the Bad Bad End. 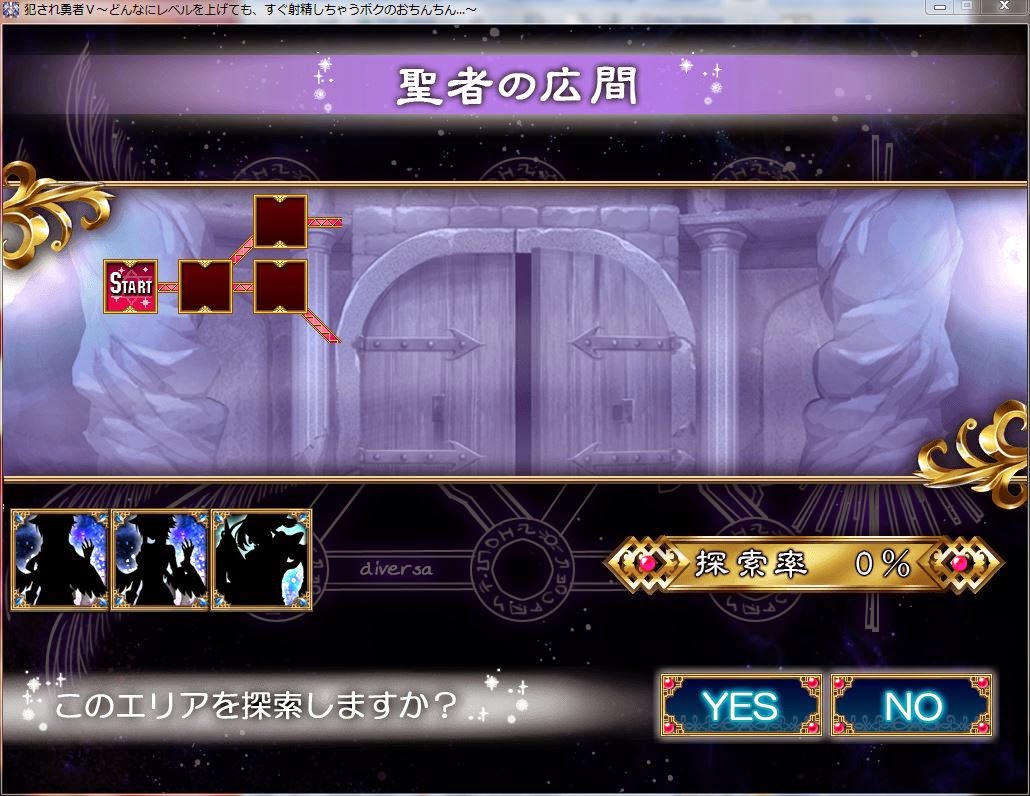 The mooks are pretty little unicorn dark angels.  One has black feathers.  The other has white feathers and looks more angelic. 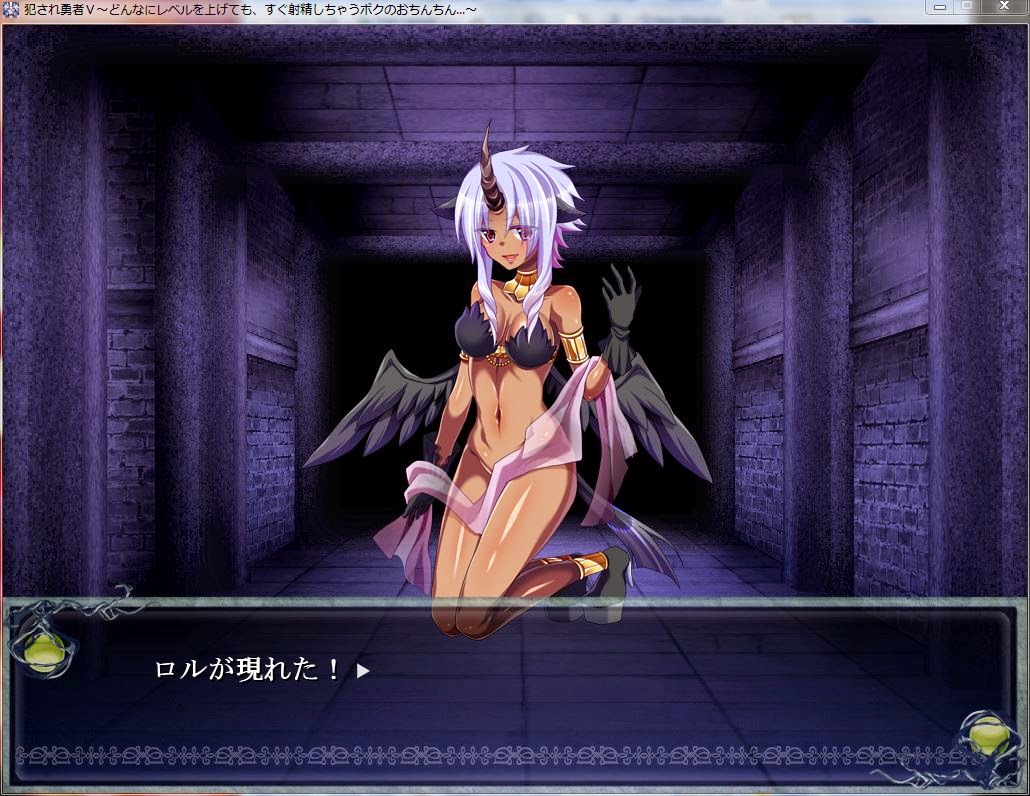 The mini-boss is another Lily.  Nope, I don’t know what she is either. 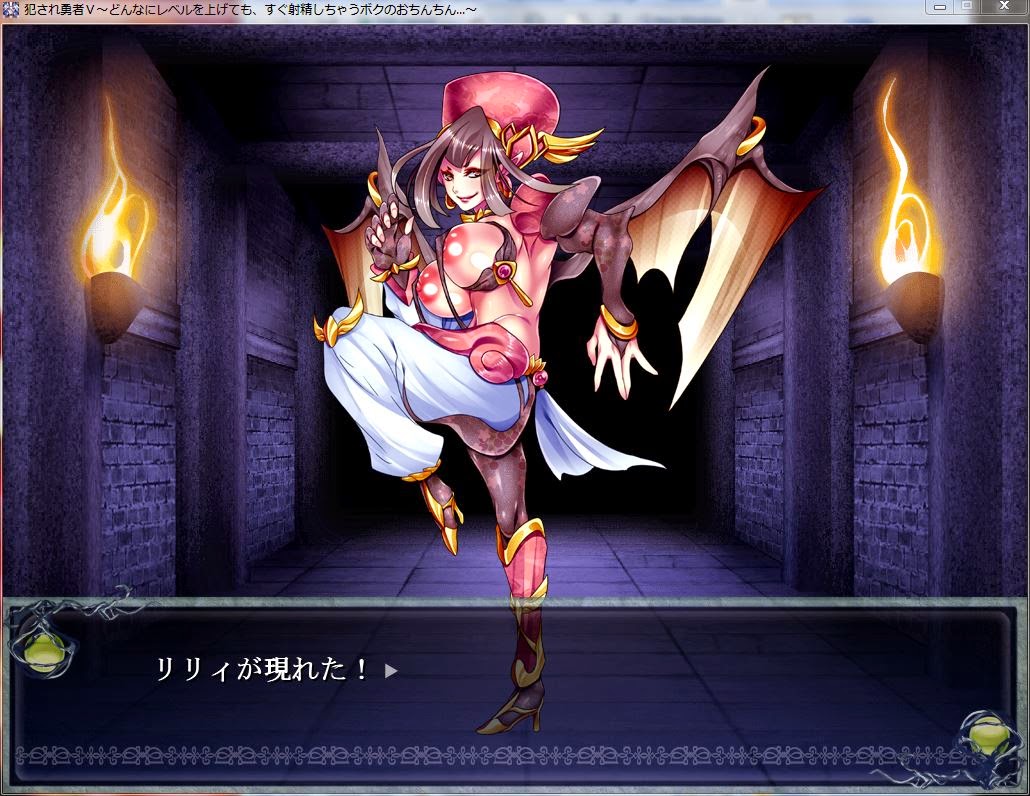 That moment of weakness out of the way it’s time to continue Luka-clone’s epic quest.

Lily ver 2.0 gives an impressive 3 bonus points when defeated.  I continue my strategy of spreading everything equally as it seems to have worked out so far. 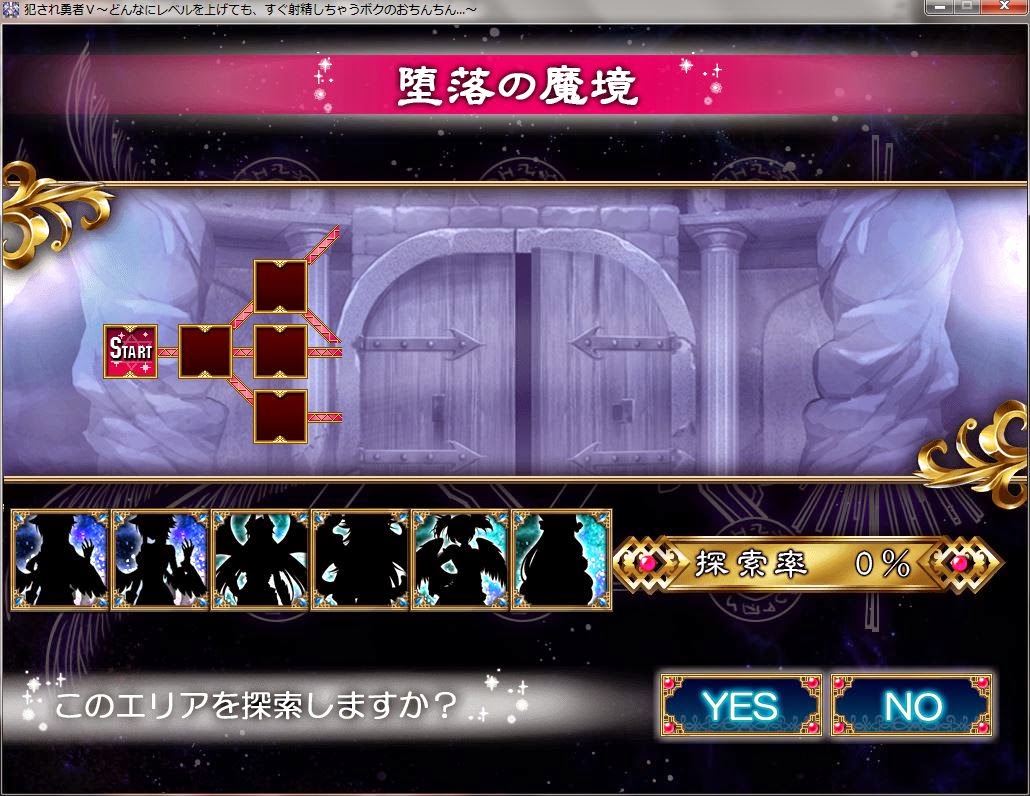 (Which makes me wonder again what happened to succubus with a blindfold.)

Here’s number one: Safi, Pissed Off Dragon Princess.  Oh, and she’s going to give us much more shameful treatment if she kicks our ass this time.  Better win, Luka-clone.  That tail is going to end up in a place you’d rather it didn’t if you lose. 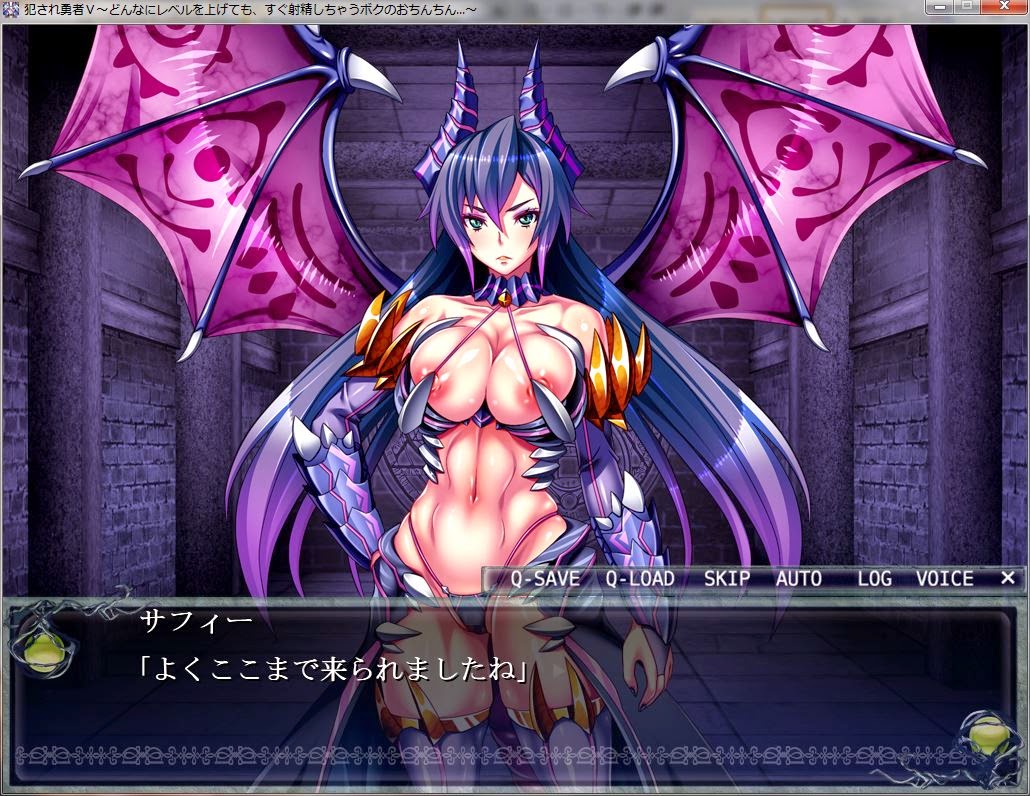 This time the Sense Enemy attack isn’t greyed out, which means this is a normal boss fight.  Safi has a whopping 400 HP and it takes all of my MP in special attacks to bring her down.  Good job I took the time to grind through every level until it was 100% explored then.

That’s canon!Luka-clone, though.  Poor alt!Luka-clone has to take it for the team again to discover exactly which shameful acts Safi desires to punish us with.  Be brave, alt!Luka-clone!

Safi uses her tail as her feeler attack.  By wrapping it around our cock rather than using it as a suction tube for some reason.

And she starts by wrapping those big fluffy breasts right around our cock.  Um, I’m not sure the international guild of dominatrices would approve of this technique.

Although, from the descriptions, it sounds like Safi is some kind of Judo black belt in the art of paizuri.  Luka-clone’s cock gets the full treatment.  She threatens to draw out all of Luka-clone’s sperm until his balls shrivel up.  I don’t think she’s milked a VH protagonist before.  Their testicles contain hidden sub-dimensions full of oceans of sperm.

At the first ejaculation Safi goes wild over the smell and starts licking it off Luka-clone’s cock.  I’m wondering who’s breaking who here to be honest.

The second part of Safi’s fiendish plan to break us in appears to involve fucking our brains out reverse cowgirl style. 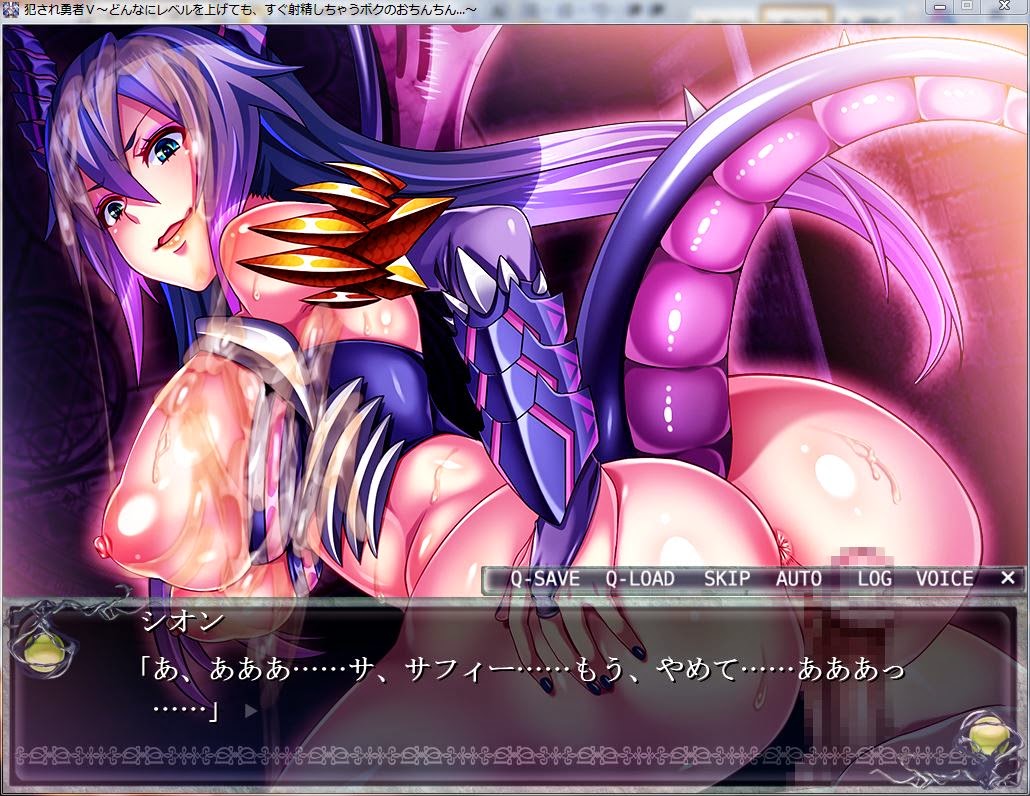 Hey, works for me.

To avoid ending up as Safi’s personal manservant all Luka-clone has to do is hold on and not come.  Right, like that’s ever happening.

Then the bonus third scene.  And here come the chains . . . 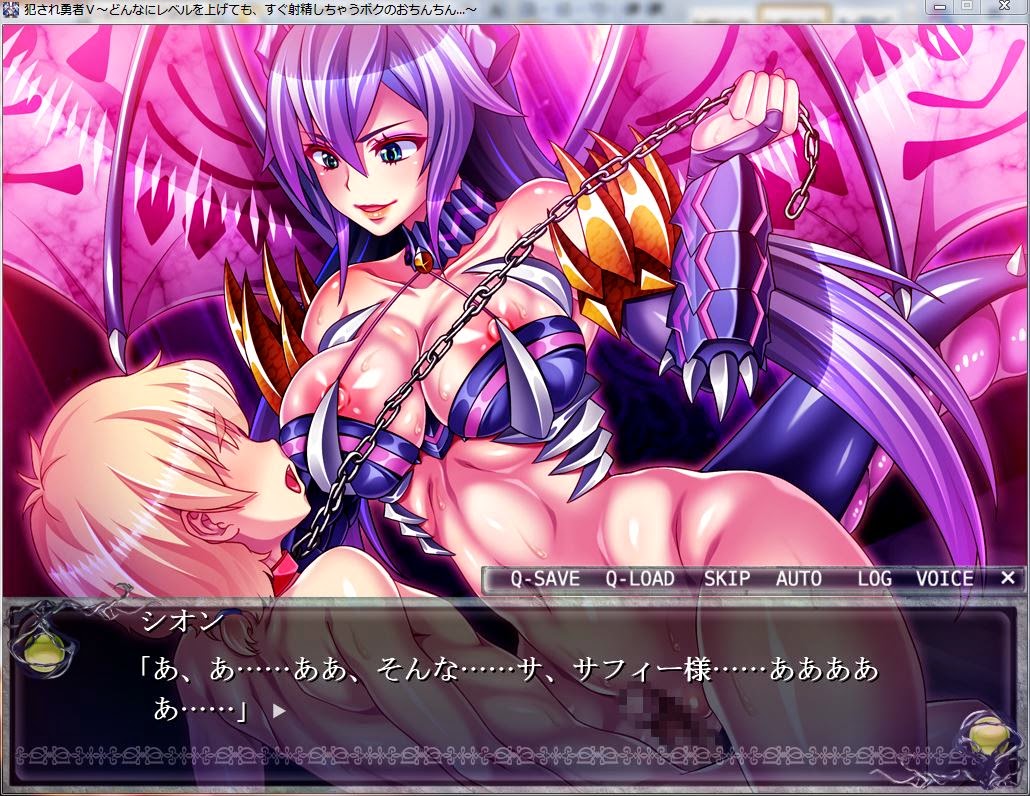 I think you got off fairly lightly there, Luka-clone mate.  That could have been a lot worse.  No spiky dragon tails in the ass for starters.

I finally have competition this time around.  There’s this chapter here where Jackson falls to the wiles of a bubble-blowing dragon girl.  For anyone wondering what happened to that series, I will be getting back to it once I get some other projects out of the way (most notably Succubus Summoning 201).

Judging by the order of the silhouettes, I guess next time we’ll be taking on Satan, who probably isn’t the overall Big Bad if her fight appears this early.
Posted by M.E. Hydra at 05:17