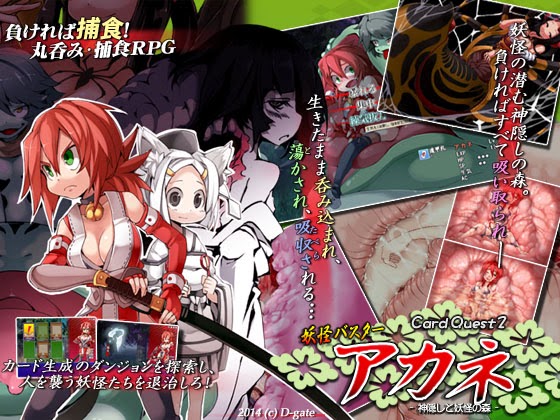 I spotted a link for this while browsing Camel’s blog on D-Gate (I think Camel is a creator and part of the D-Gate circle, apologies if I get this mixed up).  Camel is known for sexy vore work.  They created the Milia Wars game and also created some additional scenarios for Monster Girl Quest featuring Cecil, a hapless female knight.

Card Quest was a game they put out a while back.  I liked the quirky mechanics of it.  It was an RPG, but rather than be another JRPG-maker clone they abstracted the exploration aspects of game play away and replaced them with a card mechanic.  Pick one of six cards and it turns over to reveal rooms, monsters or traps.  You keep going until you hit the monster card and then, after beating it, move down to next level.  Every so often there is a boss fight. 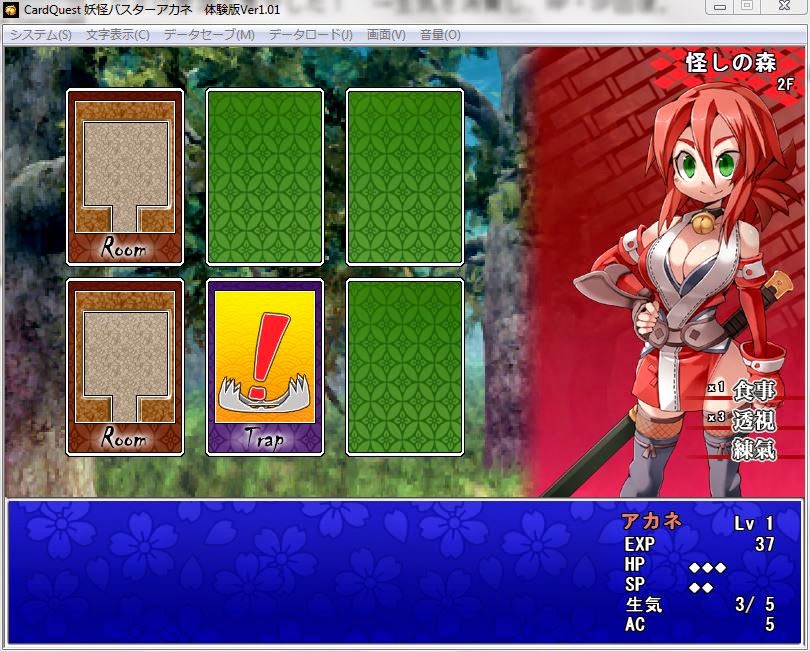 Card Quest varies from the normal games I look at as it has a female protagonist.  It’s also explicitly vore rather than sexy Bad Ends with the occasional vore of games like Monster Girl Quest.  Camel’s Bad Ends are usually hit and miss for me.  I liked the slime girls from the first Card Quest, but the scenes of giant worms, frogs, and disembodied stomachs slurping up girls don’t do anything for me.

Camel does draw some sexy monster girls, though, which means their stuff is always worth a look.
From a brief look at the demo, CardQuest2 looks to be drawing on Japanese mythology.  The main character looks like some kind of female ronin and they buy new items between levels from a kitsune (fox girl).  The random mooks are various spirits.  The first boss I saw was a variation on the Futakuchi-onna, or two-mouthed woman, I think. 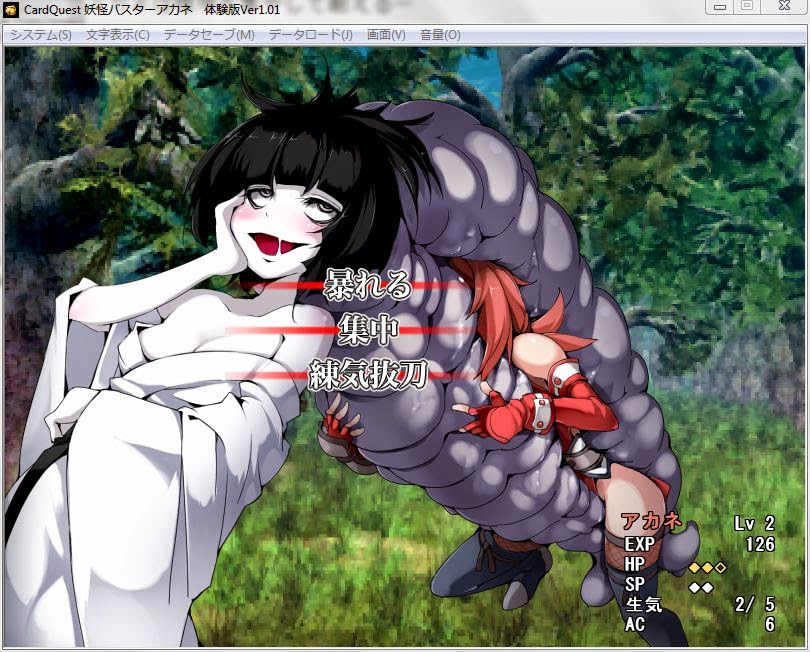 The second boss was a frog girl or kappa riding a giant toad.  The Bad End is the toad swallowing the protagonist.  Not really surprising given that this is a vore game.

Neither of those scenes hit the spot for me, but judging by the artwork, the game also has lamia and spider girls (or Jorōgumo, to use the Japanese mythological creature).  I’ll give it a look when it comes out.
Posted by M.E. Hydra at 03:42