This is part 40 of my Monmusu Quest: Paradox playthrough (part 1 here).  Now with 100% more succubus.

Last up we'd just returned from the succubus-induced wreckage of Luddite Village and Queen Sara had stepped down to become Swordmaiden Sara (When what we really want is Succubus Sara).

As an aside I think I'll also echo my disappointment in how Sara is handled in the party.  She's single race Human.  I was expecting her to be dual race Human/Succubus.  None of her request moves utilise her succubus form.  This is odd given that Paradox has been extremely efficient in re-using the art assets from MGQ and Succubized Sara had a ton of CG scenes in MGQ: Chapter 3.  It makes me think those aspects of Sara will be 'unlocked' at a later point in the game.

Back to the story.  A guard bursts in with a message from the Witch Hunt Village.  Its real name is Magian Stare (ok, it probably isn't, but that's what machine translation spits out).   Civil war has broken out with demon fighting demon.

In the original MGQ series Witch Hunt Village was the fiefdom of mad sorceress Lily.  Sounds like she's having a harder time of it in Paradox.

Luka agrees to take the detour to sort it out.  Alice agrees.  It's a fight between opposing demon factions and as she's the demon lord she should get involved.  She also thinks it will be good training before they tackle the 3rd Tartarus pit.

Witch Hunt Village is to the west, but as it involves a substantial detour around the mountains Sara suggests stopping off at Grandoll (my translator says Grand Dole, but the reasoning given behind Grandoll in the comments from a couple of days back sounds better) on the way.

Getting to Grandoll is a little awkward as involves circling around the top to cross the right bridges. 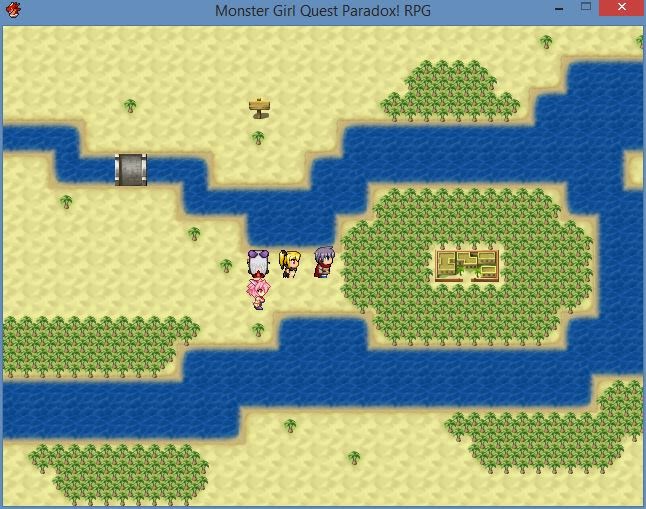 One of Sara's guards meets us at the entrance to the town.  He's having a little difficulty concentrating.  A succubus has taken over the theatre and her presence is distracting everyone.

Hmm, I think I found the battle-fucker. 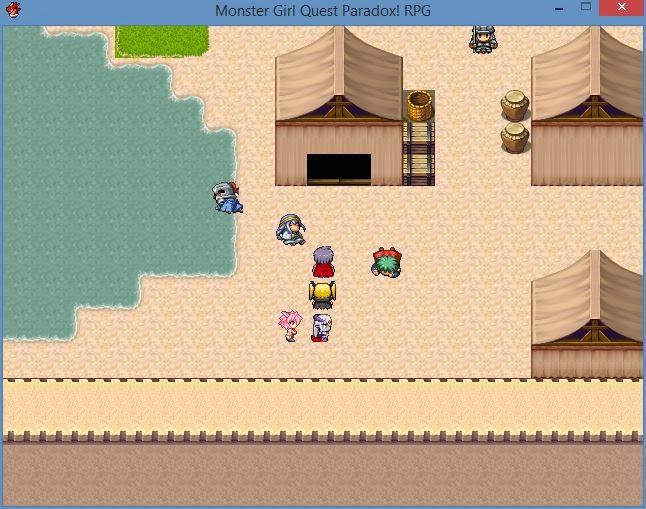 Her name is Melody and dancing is her speciality. 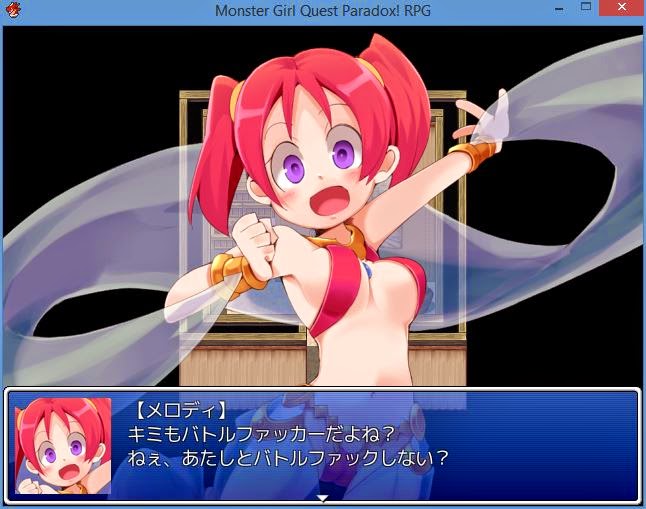 Unfortunately for her, my Luka has done a little too much battling on my mission to find everything and recruit every monster girl.  He's a little over-levelled (I think TTR recommends characters should be around level 24 at the end of Paradox chapter 1.  My Luka is already at 27).  It's not even close.  Luka still has 300 HP left even after Melody has done her sexy dance.  The reward is the Dancing scroll.

At this point I should confess it took me a very long time to figure out what these open scrolls are actually for.  Skills are all grouped under classes (White Magic, Thievery, Mercantile, Dancing).  The different jobs and races all have access to various skills.  If you move a character to a job/race that doesn't have access to the right skill class, they will still know the skill but will be unable to use it.  Equipping them the relevant skill class scroll will enable them to use the skills they've learned even if their current job/race doesn't allow it.  This is very useful if you want to, for example, level Remi up in Magician after maxing out Priest and White Mage and still be able to access her White Magic skills.

Ilias is also in town, still with only an entourage of a slime girl and dog girl.  She and Alice finally find some common ground.  The cookies of Grandoll are delicious.

There's a house where one dude appears to have a harem of around 10 mermaids.  Well, if you've got the dosh…

Grandoll is freakin' huge.  I wonder if TTR got a little carried away when building these settlements.  Talking to the various NPCS unlocks more rumours.  Everyone loves Saki.  The war has shut down the weapons store.  Everyone thinks Grand Noah's ant girl forces are going to batter everyone in the war.  Gnome is to the north and some people are baking bread for Gnome day, whatever that is.

Oh, and there's another mafiosa type running things.  They have a massive mansion in the north of the town.  There's a rumour the Don might have been involved in an attempt on Robo-Pope's life (before he became Robo-Pope).  We're allowed in because of our connections to Erika in Monte Carlo (at the time I wondered what that actually did, now it seems to be a checkpoint on a rather long side quest).

The Don is upstairs.  His name's Merlin.  Hmm, that name seems familiar from somewhere, and not the Arthurian legend.  He gives the standard villain justification speech about controlled evil being better than uncontrolled evil and how the former Sabasa king understood that enough to leave him alone. 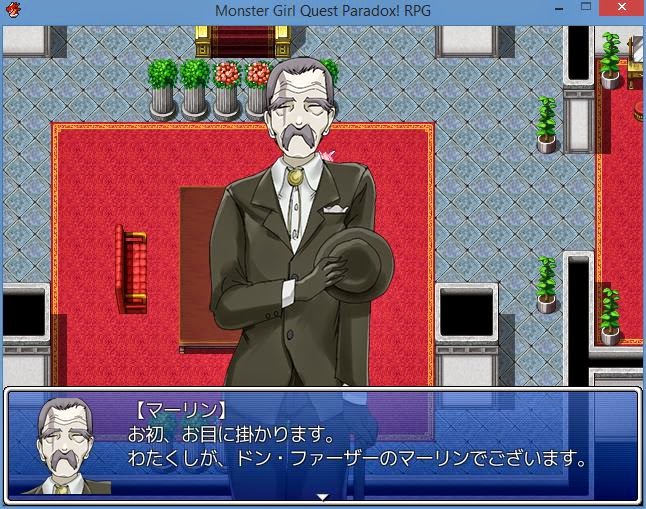 After we leave there's a cutscene where a very slick-looking Lazarus crawls out from hiding under the table.  Ah, this Merlin was the same dude that was part of the original adventuring party with Lazarus and Marcellus.  Hmm, shenanigans menanigans.  I'm guessing TTR is seeding stuff here for future chapters.  Unsurprisingly, Lazarus seems just as untrustworthy as his MGQ-series counterpart. 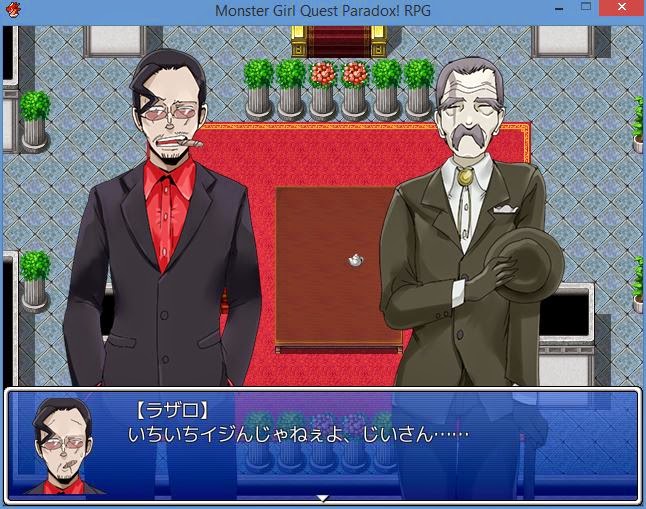 Then it's time to head off to the theatre to deal with the succubus.  The theatre is full of Saki's adoring fans.  She's currently bouncing around on the stage.  We go up and challenge her for good, decency and that sort of thing. 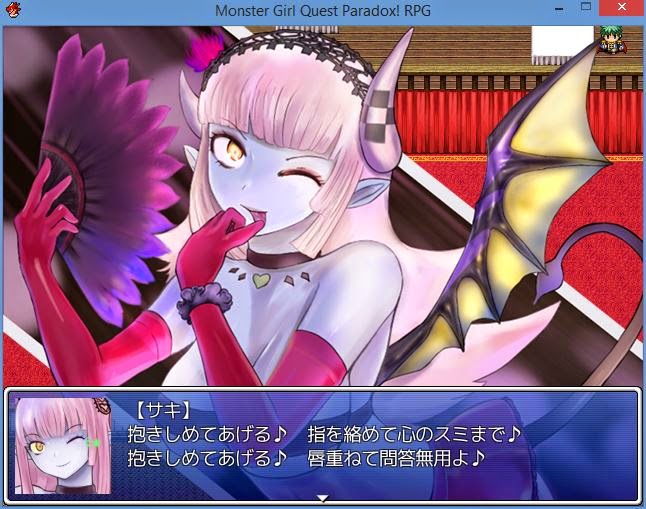 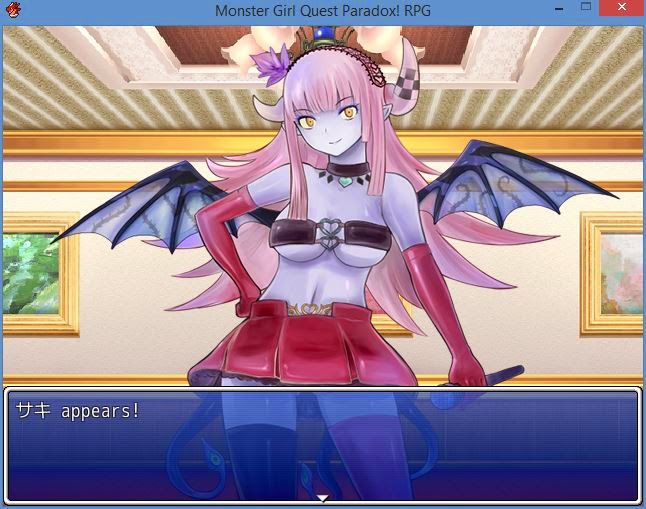 Like a plonker, I do the save-to-reload-later-and-see-Bad-End thing, only to save right over.  Thankfully, TTR added the Hades section for people that wanted to re-fight the one-off fights.  One quick thrown fight later and we see Saki's Bad End. 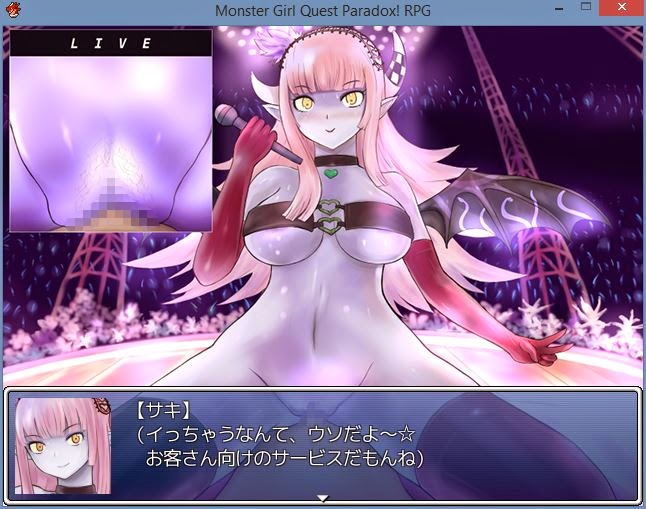 After being beaten Saki is sad that her show is being shut down.  Then she notices we travel a lot and asks if she can come with us for 'Saki's World Tour'.  Why yes, we'd love to have the gorgeous and sexy pop superstar join our harem… cough… team.

UN_DO's monster girls so far have had multiple scenes with a lot of variety.  So it's a little disappointing that Saki's three request scenes are all variations on the same pose (although each has additional options). 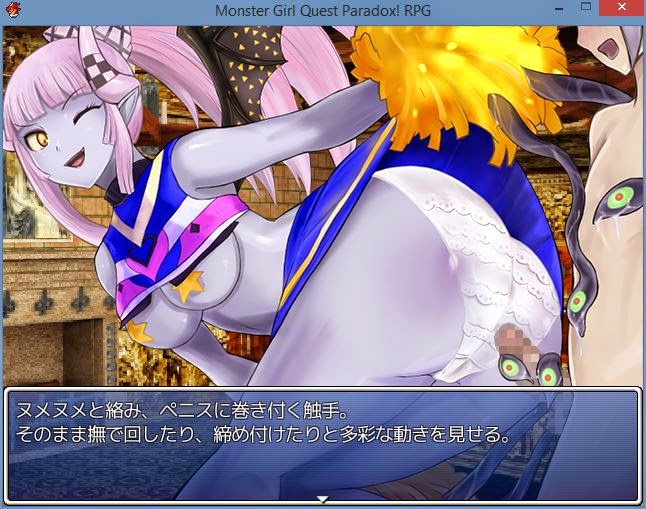 There are additional scenes with Saki that are similar to her Bad End.  They involve unlocking some additional content by speaking to the stage manager with Saki in the party.

At first the manager is depressed about most of his audience leaving now that Saki has gone.  Nice one breaking it, Luka.  Come back to him with Saki in the party and it unlocks the option to put on various stage shows depending on which monster girls have been recruited.  There are rewards for each show, but mostly they're there to provide laughs as various monster girls try to put on a show but end up trying to eat each other or injuring the audience.  Saki's extra scenes appear at the bottom of the menu – Saki after hours – where she'll put on a sex show involving Luka.  The gold cost for each is waived if Saki's affection is taken up to 100 in the castle.

Right, that's enough fun and games (and the theatre shows are worth checking out even though they don't have CGs).  Tomorrow we continue the journey around the mountains to Witch Hunt Village.

Oh, as we're at 40 posts (and nearly 40K words), I suppose I should put in a plug for my books.  If you like what you've read so far and like to read about sexy (and bad) succubi doing sexy (and bad) things, you might want to check out my ebooks.  They can be bought from Amazon here, or Smashwords here, or directly from my publisher here.  This is the best way to support what I'm doing, and you'll also get plenty of sexy reading material in return ;).
Posted by M.E. Hydra at 15:17