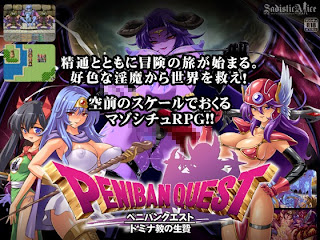 Get your tags sorted developers.  This didn't show up in my "monster girl" search but has been on my radar for a while as a few people have brought it to my attention when it was both in development and then when it was released.  From the artwork succubi look to feature and from the description there also look to be plenty of sexy Bad Ends where a hapless hero is sexually dominated by hawt monster girls.  The usual filth we like to cover in other words.

I'll probably give it a look anyway.  If it's really funny/sexy/interesting I might Let's Play it.  In the blurb they mention about 20 hours play, which is a light snack compared to MQ:P. 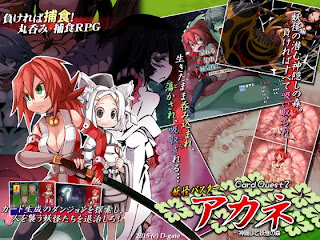 This one has also been on my radar for a while.  It's not the usual filth as it features a female protagonist and is heavier on the vore than actual fucking.  I'm a big fan of Camel's artwork though.  They've created some sexy (if more-than-a-little carnivorous) monster girls in the past, and this looks like more of the same.

The original Card Quest was also a perfect example of how to abstract game mechanics when you have limited resources.  Whenever I think about the doomed Monster Girl Quest 3D project I'm tempted to discipline its developer in the same way as discipling a puppy after it's just crapped on the carpet - rub their nose in CQ screaming, "This is how you do it when you don't have the resources of a massive software house, fool!" 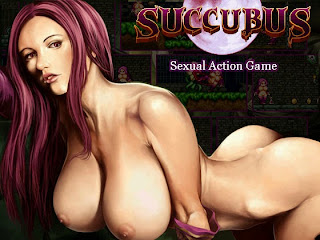 An action platform game in the vein of Ghouls 'n Ghosts.  The player controls a succubus as she blasts and fucks her way back to the top.  It's a pixel sex game and the graphics looked fine from what I saw in the demo.  A reviewer at Lewdgamer didn't think too much of it though.

Whenever I see a game like this I always wish I was controlling a hapless hero being jumped on by hordes of sexy succubi and other monster girls rather than being the succubus.  It's another taste/turn-on vs. turn-off thing.  I doubt I'll pick this one up. but it might be of interest to some of you reading. 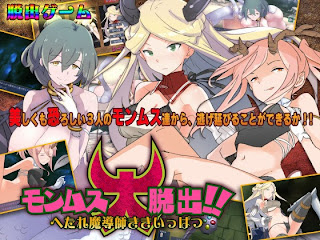 This is a point'n'click game I think.  The player is a helpless mage left behind at the mercy of three different monster girls and has to solve the puzzle of how to escape their clutches.  The concept sounds interesting enough although I didn't really have a clue what was going on in the demo.  Art seemed fine.


The Demon Returns! Being A Hero Won't Exempt You From Ruin 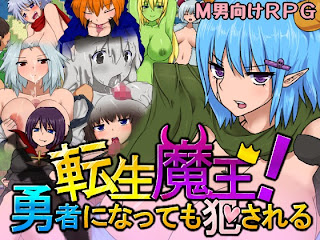 
Glyde in the Age of Dream Demons 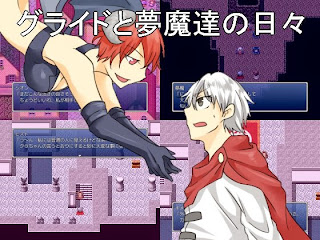 Another RPGmaker game, another Luka-clone protagonist.  It's a battle-fuck game and one of the things I like the sound of is that coming isn't automatically game over.  I like it when games put the sexy stuff in the fights rather than just in the Bad End on losing.  Unfortunately, the artwork doesn't really impress and I didn't find the demo that enticing.  If the writing's good and inventive it might be enough to overcome any deficiencies in the art department (games have managed it before). 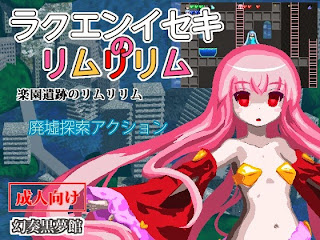 There's also another game out from the same people that made the excellent Paradise Fortress of RePure Aria.  I'm not sure this game has anything to do with succubi, monster girls or sexy Bad Ends. If it's anything like it's predecessor it will likely have gorgeous pixel art though.


This what I thought looked interesting.  I'll see if I can get some detailed reviews of some of these up in the next week or so.  If there's anything I've missed (likely because it isn't on dlsite.com), let me know in the comments below and I'll see if I can find it.
Posted by M.E. Hydra at 11:00