A Night at McHooligans is out! 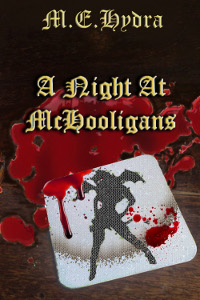 “A Night at McHooligans”.  Novice warlock Phil Rowling visits a rough pub on Halloween with his succubus, Rosa, and the enigmatic daemon, Carnivrillarofax.  A vicious bar brawl provides opportunities for carnage and sex for the two daemons while Phil just wants to escape with all his limbs intact.

“Last Night of Freedom”.  Groom-to-be Jake Bellett is determined to stay faithful to his future wife while on a wild and raunchy stag do in Tallinn, but when he sees the well-stacked blonde in the red latex devil bodysuit everything goes to hell.  Literally.  The woman is the succubus Nurse Honey, and she will test his fidelity to the limit.


Available on Amazon, Smashwords and Kobo.  It should also be distributed to other ebook retailers via Smashwords.