Monster Girl/Vore fans might remember a game a while back called Millia Wars.  It was a 2D action game where you played a Magical Girl fighting off various ambulatory stomachs, slugs, and (the bit I was interested in) sexy monster girls in the form of lamia, harpy and arachne.

Now it looks like D-Gate/Camel is giving that a touch-up in the form of new artwork, new characters and new monsters and will be releasing it as Echidna Wars DX later this year. 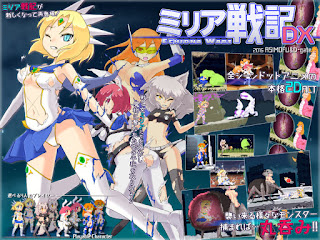 I'm not sure, as I am unfortunately illiterate when it comes to reading Japanese, but I believe this is a collaboration between Camel and Asimofu, with Asimofu providing the new artwork.

When I saw the screenshots on Camel's blog I was originally sceptical.  The new artwork looked a little pixelly compared to the original.  Playing the trial version changed my mind.  The animations of the snake girl are gorgeous.  Not only that, but she has multiple animated grapple attacks and finishing moves as well.  What animation you get depends on how the lamia grabs you and whether the Magical Girl protagonist has any SP left.

Here's a look at some of those moves.

If she grabs you with her hands the magical girl goes in the vagina feet first. 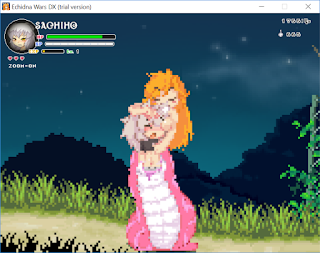 A grab with the tail triggers a steamy bit of making out. 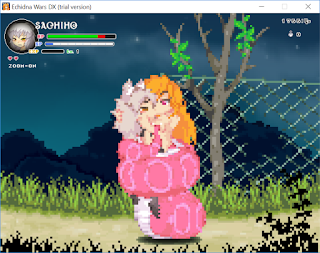 Run out of SP and that hand grab segues to a spot of sexy snake hula dancing with you inside her. 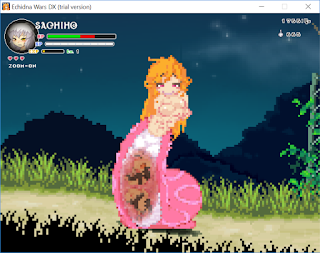 Let the tail grab you at zero SP and the poor magical girl heroine goes in head first for an intensive all over body-rub. 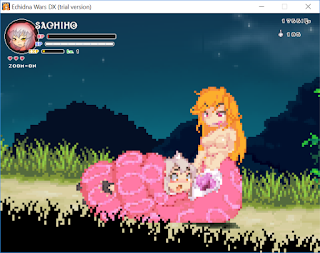 If, after this, the heroine still has some HP left, she will be pulled or spat out for further fun and games.  No HP and - gulp - down deeper she goes.

The new version looks interesting from the trial and I'm really keen to see what new tricks we'll see from the arachne and others when the final game comes out.
Posted by M.E. Hydra at 12:00