Oops.  Saw PaperClip's comment on the last post and realised my going quiet here combined with some of the unfortunate nastiness from the start of the year might have led people to draw the wrong conclusions.  I thought I should post something here in case people were concerned and before I get a reputation as a serial internet flouncer.

Dark Souls 2 was fun.  About 100+ hours of fun to be exact.  That's part of the reason why I try to avoid computer RPGs now.  The Dark Souls series is one I'll make an exception for.  While the sequel isn't as strong as its predecessor, it's still damn good.  I've completed the main story and while I'm still playing it, it's more an hour or so here and there rather than must-rush-home-from-work-and-play-until-1am.

Real life work has kept me a little busier than normal.  My usual writing method is to write longhand in notepads and then type up afterwards.  While the writing longhand in notepads might sound a little 1800s, it works for me as pen ink can't be backspaced and rewriting a first draft improves it a great deal.  My usual writing work day is to stay behind after work to do the typing up and maybe do a couple of hours of handwritten drafts before I go to bed.  For the last couple of weeks those couple of extra hours have needed to be spent on the day job instead.  Such are the realities of the hobbyist author with a 9-to-5 (or 7 in this case) job to pay the bills.

The Easter break was pretty good for me as I managed to get my head down and back to the notepads/typing.  After postponing the last collection I turned on ChaosWriting, which promptly thought trying to start two brand new novels and four new short stories was a good idea.  Oh ChaosWriting, you naughty little scamp you.  It's a pretty good methodology for being prolific with short stories, but you never know what's going to fall off the production line next.

Since the last post I've finished another short story, done about 4,000 words of another, added another ten pages or so to Succubus Summoning, and written the first chapter of another novel (Think Violated Hero, but with the most perverse monster girls ever imagined - more on that later).  Definitely still writing, but a little slower and more chaotic than usual over the past couple of months (been that sort of year).

The next Succubus Summoning chapter should be the next thing out.  Not going to give a date as it would probably be another filthy lie.

The other reason for a lean spell at the succubus bordello here is there's been a paucity of hot new monster girl eroges.  The Violated Hero walkthrough was fun and boosted the hits.  I had plans to make these walkthroughs a regular feature . . . and then the hot new monster girl hentai games dried up (or I might have missed them - feel free to recommend any I might have overlooked in the comments below).  After a lean spell it looks like Dieselmine has come to the rescue with an add-on for Violated Hero 4 featuring Lilith, the vacuum cleaner robot girl and two new fan-made girls that didn't make the full game.  Yep, I will be blogging that, just as I did with the full game.

As with the ending to the other post - still here, still writing, not going away anytime soon, but unfortunately still hopelessly chaotic when it comes to writing new stuff. 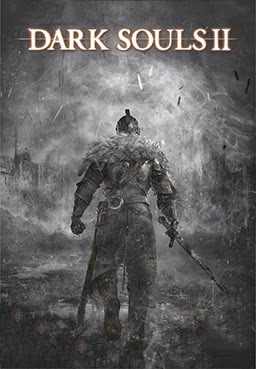 But not a full walkthrough.  The game is too large for that.  And most of my deaths have been of the embarrassing, falling-off-a-ledge-to-my-doom kind (including multiple times in the tutorial area, much to my shame).
Posted by M.E. Hydra at 04:22 13 comments: