More Potential Covers for "A Succubus for Christmas"

Getting closer, I think. 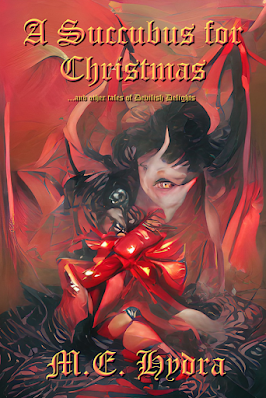 1. My current favourite (and why I put it first).  Abstract enough that the usual AI weirdness doesn't seem out of place.  I think I might change the font colour from gold to silver to make it stand out from the background. 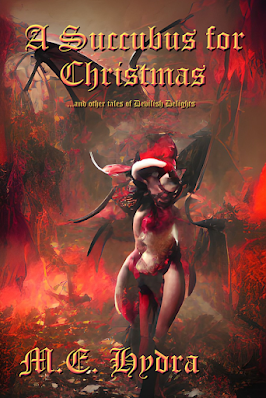 2. Technically the 1st from filenames, but I thought I'd change the order to put the good one first.  This one has similar problems to the old pic I posted and is the weakest of the 4 options in my opinion. 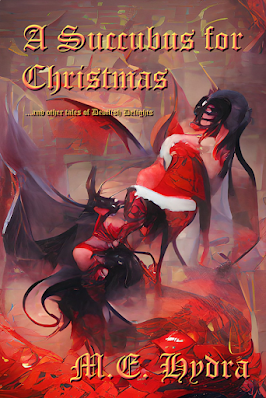 3. Okay, but maybe not as good as 1 and 4.  I like that she appears to be wearing some kind of bondage mask.  Gold again might not the right choice for the font. 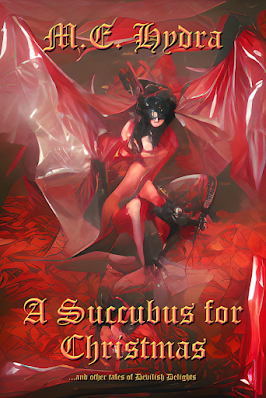 4. My second favourite.  The colours are nice and vibrant.  Has a decent impression of a feminine figure without falling into the uncanny valley problems.

I'm still playing around with AI art for covers and have mocked these examples up. 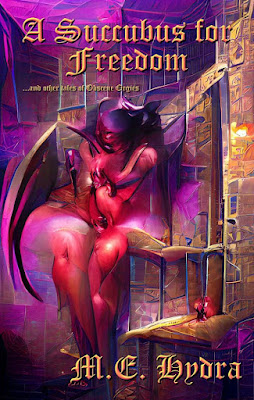 Given how Wombo works, and the difficulty when it comes to human figures/faces, I think it's best to fully lean into the abstract aspects.  I'm also hoping I might be able to lure some more mainstream horror readers over, and I think the usual smiling anime succubus might scare them off. 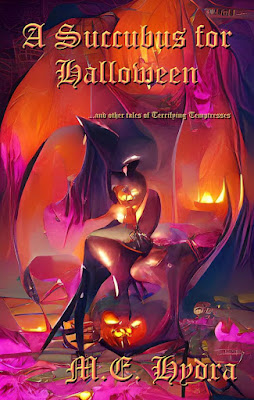 It's not ideal.  That would be getting a decent fantasy artist and commissioning art similar to the old Weird Tales covers.  I'm not sure I have the budget for that or even know where to find someone to do it.  I'm also conscious I need to get these ebooks back up, sooner rather than later. 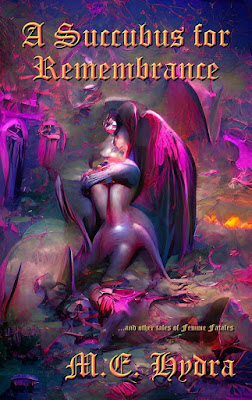 I think these are better than the Christmas example, but are they good enough?

(The Freedom one I think is, Halloween and Remembrance are borderline, but might be abstract enough to get away with it.)

The public demo version of "House of Hellish Harlots" has been updated to v0.028.  you can play it here.

This adds Cíocha's bigger sister: Cruiscíní Gadaí-na-Duine.  She can either show up alone or with Cíocha for a much more dangerous scenario.  She's a boobfairy scaled up to the size of a human, so expect a vore theme and a lot of fucked up lactation in her scene.

As always, patrons are a month ahead.  For them I released v0.029.  Because I have a bunch of other stuff going on at the moment and I'm focusing on writing lots of new harlot scenarios, v0.029 is another small release and just adds 1 new harlot - the "love heart succubus" Amoura D'Coeur.

If you want to check it out and support the project, the Patreon page is here.

As this was a very small HoHH release, I thought I should give my patrons something more for January.  I get comments here asking how my various characters would interact with each other.  A few years back I began a novel idea that featured both Nicole and Madam Voluptula.  That didn't pan out and is currently on hiatus while I work on other projects, but I thought I'd share the opening chapters with patrons.  That 6.5K opening novel fragment can be read here.

I'm still in the middle of trying to get all of my books back up on sale, so there is some ongoing disruption to my work on HoHH.  However, I've been building up a little stockpile of new harlot scenarios ready to type up and implement.  I'm hoping February will get back to 3-4 harlots per release rather than the single-harlot releases of the past couple of months.