Apologies for the belated update.  I've had some dental work done which has knocked me about a bit (having bits of metal screwed into your skull will do that!).

So, what has Hydra been up to?

As part of my commitment to patrons, I've been looking at posting story ideas from my ideas file and behind-the-scenes looks at some of my stories.  I wanted to do a piece on H-space, but I wasn't really happy with how that piece was turning out.  Mostly, I was unhappy with how long it was taking.  When I'm in slow, scratchy periods of writing, pieces like that sometimes eat up far too much of the day.  That's time that should be spent writing fiction or creating CYOAs.

(This is the reason I stopped writing the more general blog posts on other subjects – I'm not very quick at writing them and it's time that should be spent writing more useful things.)

I don't want to stop writing those pieces, or the game reviews, walkthrough etc.  Currently I'm experimenting with zoning off bits of the day so I can write these bits'n'bobs without suddenly looking up and realising I've wasted most of the day dicking about on some less-important paragraphs when I could have been bashing out another short story/chapter.

I'll come back to the H-space behind-scenes-stuff article at a later date.  I've been trying to think about what to do with the H-space bestiary.  I think I can make a good collection (or collections) with the material I have, but I think the current stories need a little more fleshing out before I'd be comfortable publishing them (and others) as an ebook.

In the meantime, I've set aside an hour a day.  I'll use it for the more general posts to keep both the manyeyedhydra blog ticking over with new content as well as give some nice behind-scenes insights for patrons.

(Although, for the next week it's mostly going to be needed for filing my tax returns.  Blegh.)

As for actual writing.  That was a little spotty about the time of having dental work, but is moving quite rapidly again.  The first draft of the boob monster girl story is pretty much done and I'm about 2K words into typing it up.  I'm hoping to have that done in the next couple of days.  It will be a patreon exclusive, I'm afraid, but only a temporary one.  I'm getting close to enough material for another ebook, and it will be included in the next collection.

I put the CYOA on the backburner a little while I was focused on getting the boob monster girl sort story written.  That should jump back to the forefront now the first draft of said boob monster girl story is done.  I'm targeting end December/early January for that, although it might slip depending on how difficult the central mechanic proves to implement in Twine.

And that's that for this week.  I'm still looking to find the right day for these update posts, so expect them to slide around a little until I find a slot that fits. 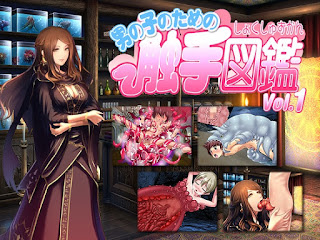 Updates and plans for November

It is a risk with certain hot button topics, especially when you want to create a juicy villain, that people see the end character as a stand-in for the whole group, rather than just an individual (and flawed) character.  I suspect it would be just as true if I made the asshole protagonist a MAGA-hat-wearing Trump fan, or a hardcore gamer.

I do like to give my succubi a varied diet, so please don't take it too personally if the current asshole-du-jour is from a group you identify with.  At the end of the day they're individual characters, and while my personal moral views will inevitably bleed into the stories, my overall goal is to create good characters first.

Creating hot and icky (and usually fatal) horror-sex scenes is still first.  As it should be.

Anyway, I did put a full update post up on my patreon.  Rather than repeat it I'll just post the link here (this post should be open to everyone).

The shortened version is this November I want to sink my teeth into the next CYOA project.  I liked how Volumpula turned out (the trophy is gettable, honest!), but it did take too long and I want to see if I can get the development times down for these CYOAs.

I also have a few short story ideas I want to explore.  My version of a boob monster is something that looks close to fruition, so I'm going to see if I can pluck that and turn it into lovely cider (or something).