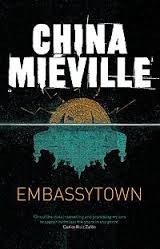 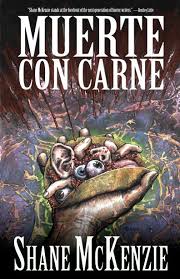 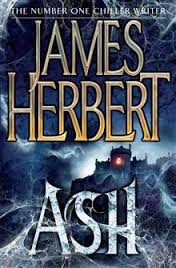 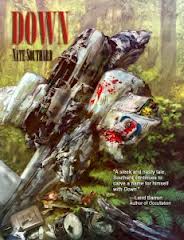 As an aside, I did chortle afterwards when I remembered the page at the start indicating the book’s events took place in 1993.  I wonder how tempted Southard was to write “i.e. before every fucker had their own fucking mobile phone to ruin good horror plots everywhere” underneath.
Posted by M.E. Hydra at 05:08 7 comments:

The Edinburgh International Book Festival is running at the moment and has thrown up some interesting articles. Patrick Ness put out this brilliant polemic on censorship and in particular how social media can cause problems of self-censorship for writers worried about their words being taken out of context and misunderstood. In the latter article China Miéville made the point it's only really censorship when the police show up.

This is a familiar argument and a problem with how censorship is defined. Selena Kitt brought it up here after the problems with paypal and online retailers banning some of eXcessica’s books. The articles around the time generated some debate with other people making the point that it wasn’t true censorship—no government body was actively banning the books; the booksellers were simply refusing to stock the books, which they had every right to do. I argued back then that the semantics of whether or not it was technically censorship were moot if they resulted in the same outcome. It might not be censorship in the pedantic sense, but the end result is still a writer being unable to get their work out for readers to read. There isn’t really a word to fit this ‘soft’ form of censorship, so we tend to use censorship even though it’s not strictly accurate.

This ‘soft’ censorship is especially appropriate to social media and I think Ness has it spot on. A writer either has to censor themselves and avoid trigger topics completely, or risk something being interpreted the wrong way and then have a baying online mob (most of whom probably didn’t even read the original work in the first place) stomp all over their reputation and career.

Ness raised the example of Salman Rushdie. Rushdie’s The Satanic Verses was not banned or censored by Western governments to my knowledge, but after seeing what happened to Rushdie, only an incredibly brave or reckless writer would attempt to tackle the same topics now. Again, this isn’t censorship in the pedantic sense, but the end result is the same—certain work will not be available for the public to read. It’s a kind of censorship by the mob.

And irony of ironies, this is the week when the Save the Pearls and Weird Tales controversy erupted on the internet, a situation that exemplifies Ness’s argument (although I don’t think he’d thank me for drawing the line from A to B).

I don’t want to talk about Victoria Foyt's book too much. I’ll be charitable and assume Foyt was aiming for an anti-racist message, but rather than hit the target, managed to spin around 180° and fire the arrow right through her foot. As a result plenty of people found it racist and were offended by it. They were also offended that Weird Tales (a fiction magazine with a long history) planned to run an extract. Further exacerbating the situation, Weird Tales had recently undergone some kind of editorial coup, with the popular Ann VanderMeer turfed out by the new owners.

This is where being one of those staunch Free Speech Warriors sucks. I fear and loathe all forms of censorship, which by extension means I also fear and loathe Political Correctness, as it’s another form of censorship, albeit by people with more honourable intentions. The moment you start to think certain things should be banned, for the “good”, is the moment you start opening the door to allow other people to ban other things, for their “good”, which might be vastly different and far more narrow-minded than your own “good”. That door should be kept shut and firmly locked. Unfortunately that sometimes means ending up on the side of the river you’d rather not be. As the famous quote goes: “I disapprove of what you say, but I will defend to the death your right to say it.”

Of course, freedom of speech does not mean freedom from criticism. If someone writes something bone-headed and stupid, someone else has the right to call them out for writing something bone-headed and stupid. There is, however, a fine line between honest and deserved criticism, and hounding a writer off the internet and leaving a smouldering crater where a magazine once stood.

I fear the chilling effects Ness talked about in his polemic. Culture is poorly served if writers are grinding their work down to tasteless gruel for fear of the PC police lurking at their shoulder. Free speech should mean exactly that, not “You can write what you like, but if you write things we don’t like it’s back to rounding up trolleys at Tesco for you.” Our culture shouldn’t be ruled by fear.

Given a choice between a world where people have the freedom to write what they want and occasionally fuck it up completely, and a world where people don't write because they're scared of an online lynch mob coming after them if they do fuck it up, I'll take the former. If that means the existence of the occasional disagreeable—even bigoted—book, it’s a price worth paying.

During the rather lively discussion beneath The Guardian article someone made the point freedom to be published is not the same as the right to be published. Ultimately that decision lies with the publisher or magazine. They’re not obligated to provide a platform to writers whose work they find disagreeable, same as readers are not obligated to support businesses they find disagreeable.

I agree with that, but this is not what happened in this case. Rightly or wrongly, Weird Tales had already taken the decision to publish an extract of Foyt’s work. Then—rightly or wrongly—a pitchfork-wielding mob turned up at the gates and forced the publisher into a U-turn. In doing so they denied other readers the chance to make up their own minds on whether or not to support the magazine’s decision. That choice was taken away.

This is censorship by the mob.

No matter the provocation, we should aspire to be better than this.
Posted by M.E. Hydra at 05:33 No comments: