A Thing of Subtle Beauty (Not!)

Oh Anne Billson, you are such a tease. I saw a link titled Six Reasons Why The Thing Prequel Is Better Than John Carpenter’s 1982 Film and feared the worst. The film critic and horror author formerly known as Anne Billson must have been consumed, digested and copied by an alien shape-shifting horror. Fetch the flamethrower before it can infect others!

Then I read the article and all was right with the world.

I saw the film back around Halloween and as low as my expectations were, they were not low enough. My criticisms are the same as Billson’s—The needless introductory scene for Mary Elizabeth Winstead’s character, her cute-but-clever scientist character coming straight out of the big book of Hollywood monster movie stereotypes, the evil scientist dude from the same boring book of clichés, the bland CGI fx, and the many many moments of bone-headed stupidity.

The biggest shame is this wasn’t a case of They Just Didn’t Care. Someone went to a great deal of effort in recreating the look of the Norwegian camp from Carpenter’s film and explaining how the camp ended up as it did right down to an axe embedded in a wall. Unfortunately, it seems like all that care and attention was thrown out of the window when it came to the script.

Hollywood, you need to value writers and storytellers. They’re the people that link the flashy CGI explosions and fx together in a way that makes sense to people with more than a two-minute attention span.

[Spoiler Alert!] The tooth-filling test is a nice idea, but it’s crying out to be subverted later in the film. Even if the Thing cannot duplicate inorganic material (but apparently always has a spare set of clothes on hand. Either that or it somehow managed to eat and copy Joel Edgerton’s character without shredding his woollies), it should be smart and amorphous enough to realise it needs to put the earrings and tooth fillings back in afterwards to beat the imperfect test.

The main strength of the Thing concept is no one knows who a Thing is. This would have been a perfect opportunity to ramp up the tension as the audience has their safe conclusions on who is or isn’t a Thing rudely shredded. In John W. Campbell’s original Who Goes There?, characters make an initial assumption a person attacking a Thing couldn’t be a Thing as a Thing wouldn’t attack another Thing. They’re wrong.

This also highlights John Carpenter’s genius. His 1982 The Thing is a much more faithful adaptation of Who Goes There? than the 1951 film. Most of his characters have the same names as in the book. Now, considering the main strength of the concept is no one knows who’s a Thing, this could be a serious drawback. If he follows the source material too closely, anyone familiar with the original is going to know all the twists.

So what does Carpenter (or Bill Lancaster, the man responsible for the screenplay) do, he shuffles the characters around. This is best exemplified in the blood test set piece, where Kurt Russell’s MacReady has the rest of the crew tied to a bench as he tries to establish who’s a Thing. MacReady’s sure it’s the station commander Garry, the audience thinks it’s probably Garry, anyone who’s read the book knows damn well it’s Garry. So they sit there with a smug smile on their face as the film attempts to build tension.

The remake should have aimed for that spirit. Instead it retreads the set pieces from the 1982 version and plays them straight, failing to realise that completely diminishes their effectiveness. If you only watch American films and love monster movies, these are very lean times indeed as Hollywood seems to have forgotten or lost the people who knew how to make horror click. 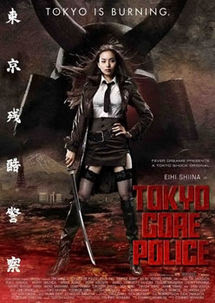