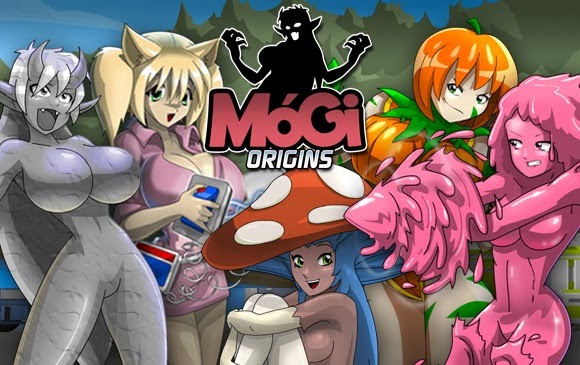 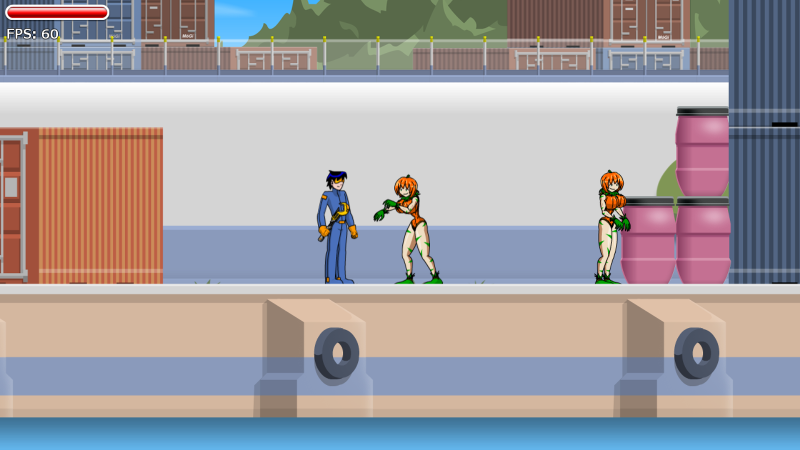 If you happen (or choose) to be a little too negligent in swinging that wrench, then the monster girls will knock you down after a few hits and there's a sub-game to break out of their sex attack.  Fail (or choose not) to break out and you get the Game Over coming scene.

So far there's only one level and one monster girl type - the pumpkin plant girl.  From their notes it looks like the completed game will have 7 normal MoGi and 2 boss Mogi.  This is dependent on how much funding they raise on offbeatr.  Currently they're are fully funded and looking to hit stretch goals that include the addition of new MoGi. 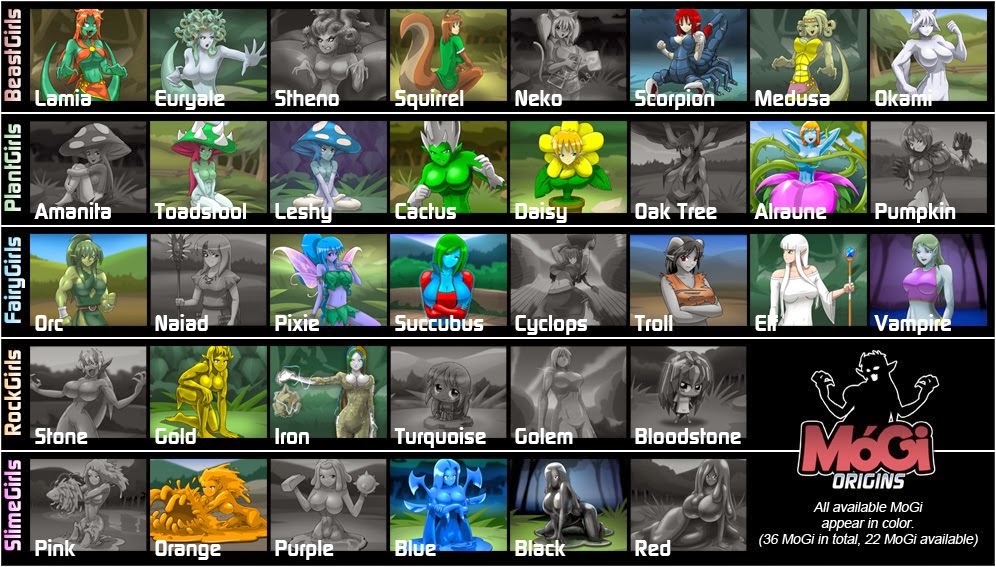 I think the MoGi used in the game are part of a card game (similar to Magic: the Gathering or Yu-Gi-Oh, but without the collectible element) created by the same people.  I couldn't find out much information on that so I don't know if it's out, in development, to be released as a tie-in for the game, and also whether it's "clean" or sexed up like the platform game.

The game looks like it might be interesting, although the cartoon style of the artwork might be a little off-putting in an eroge for some.
Posted by M.E. Hydra at 16:32