First up I suppose I should apologize for the rather irregular schedule.  Normally I like to update these playthroughs every couple of days and normally I’m usually a few posts ahead and can do this.  This time around I fell behind and the update schedule ended up being a little patchier than usual, especially when I’m also trying to edit and post a delayed chapter for Succubus Summoning and finish a monster 12K word short story (more on that in a couple of weeks).

Back to the game and we won.  Shiva, Goddess of Destruction showed up and Luka-clone beat her scaly ass with much imbibing of liquid fortifications.

I’m going to assume that was the final fight as there’s only one slot left in the CG replay menu and Dieselmine isn’t quite as sneaky as Torotoro Resistance was with the final part Monster Girl Quest.

Shiva is also surprised when Luka-clone holds back on the killing blow, especially considering the whole universe is at stake here.

Um, Luka-clone buddy, I know you’re honourable and noble and all that, but there is a time and a place and with the worlds imploding all around us, this might be a good time to accidentally trip and thrust your sword into soft bits of anatomy.  Just sayin’

At least Shiva doesn’t immediately try to murderate us like Luna-Tea and Satan did.  Luka-clone’s explains he isn’t going to kill her because she’s a victim of her curse.

She does call him stupid for this.  Destruction God on the verge of blowing up all reality, I think she might have a point.

Luka-clone does have back up as the full cheerleading squad shows up. 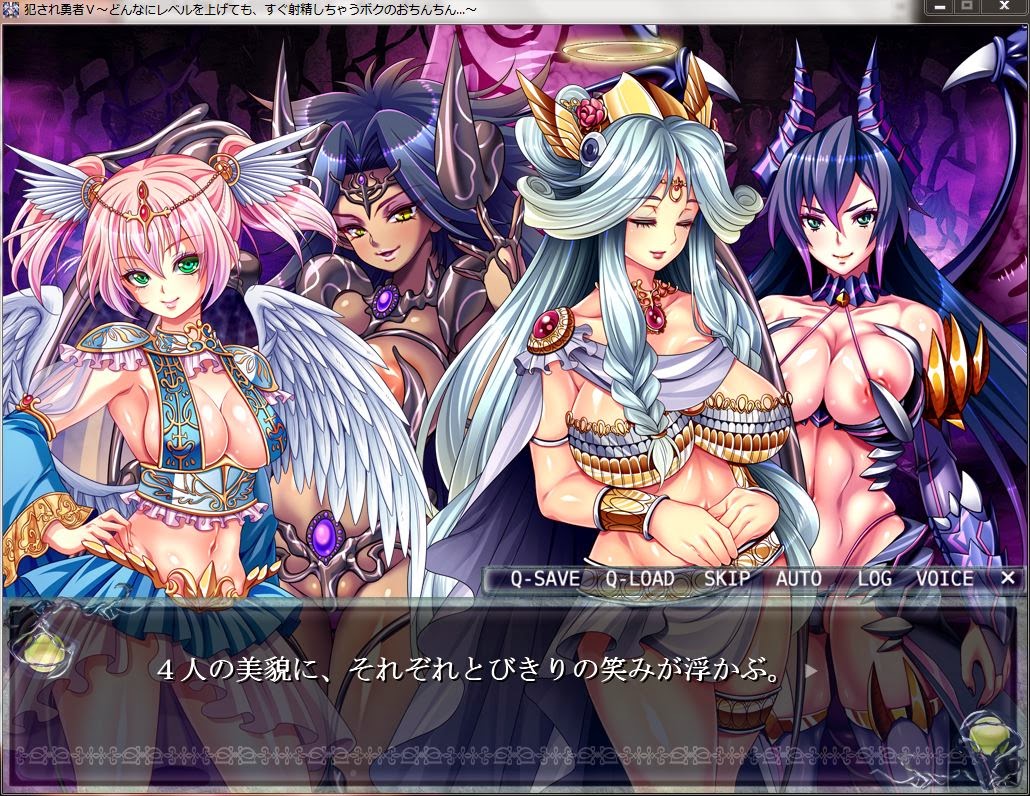 (You know they’re all going to fuck him senseless at the first opportunity.)

Then I’m not entirely sure what happens as machine translation starts struggling.  Luka-clone beating Shiva, in fact beating all of them, in combat has some significance.  Each of the major bosses chips in with confirmation of what Shiva said and it ends up with all five dog-piling on Luka-clone. 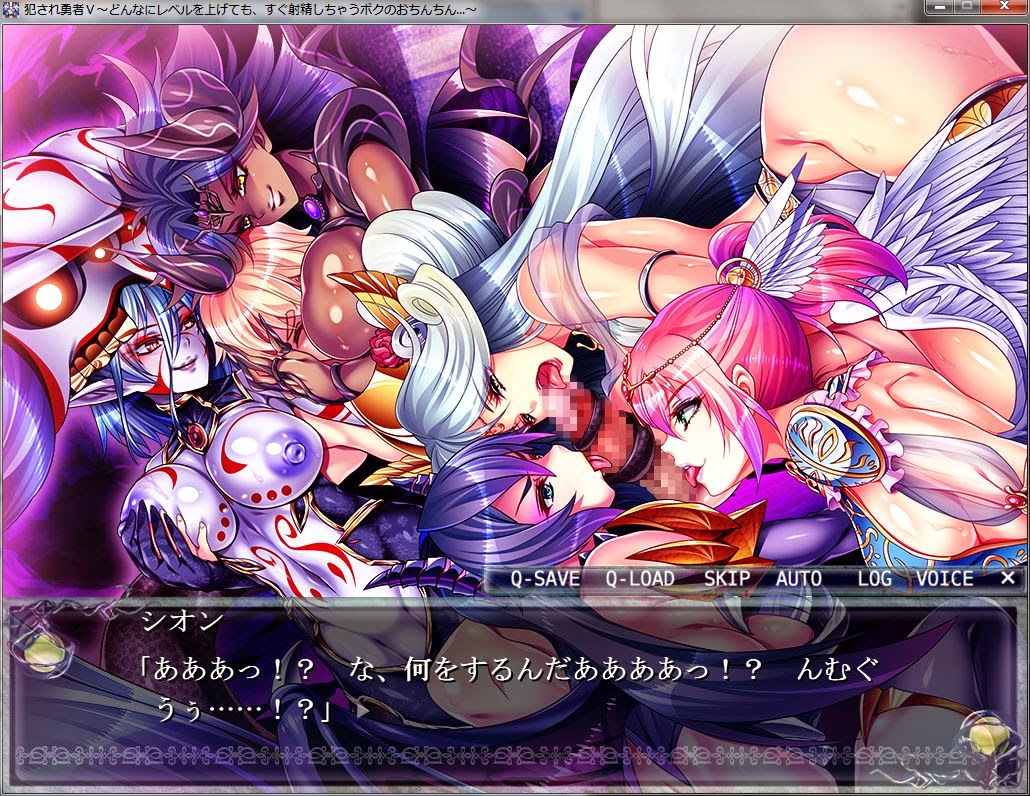 I think our heroic ambulatory bag of concentrated semen is in there somewhere.

Five girls on one dude is actually a little tricky.  There’s always one poor girl that ends up being left out (unless you can get skilled with your big toe).

I’d say it was Shiva here, but I think that’s her tail wrapped around Luka-clone’s manhood.

The dialogue runs through each of the characters.  We have Satan pushing her big tits in Luka-clone’s face.  We have one hand on Shiva’s tit.  Safi is giving the shaft a good licking.  Ariel is working on Luka-clone’s balls and Luna-Tea is licking away on the glans.

That’s not quite the last of it.  The menu screen now has an extra option at the bottom. 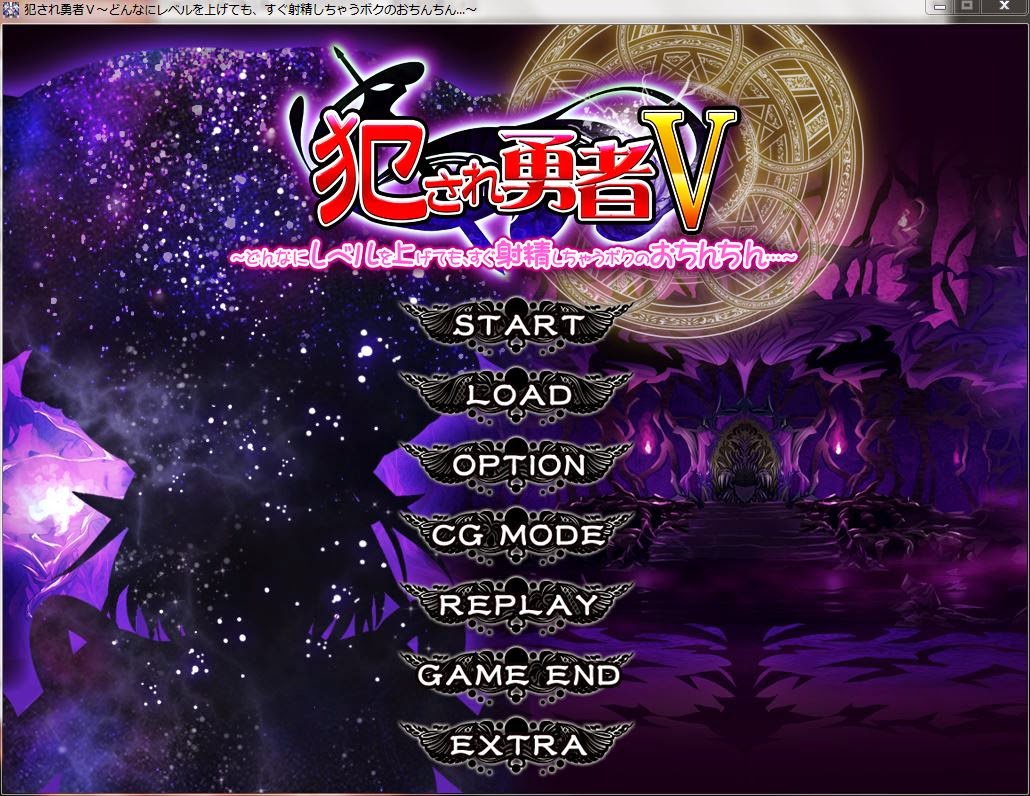 This takes us to an epilogue.  The worlds have been divided up peacefully between Team Good and Team Evil and humans are sort of co-existing with monster girls.

There’s still the occasional bickering.  Luna-Tea and Satan are having an argument about something my machine translator fails to pick up entirely.  Ariel unwisely gets in the middle of it and Luna-Tea finally gives her that slap she’s been threatening for most of the game.  Ariel wails for Luka-clone to intervene.  Not sure why.  I don’t think I’ve ever seen a VH protagonist do anything remotely assertive in the whole of the series.

Shiva shows up and it turns out their conflict resolution consists of forgetting about it and dog-piling on the ambulatory bag of concentrated semen instead.  Nice to see Luka-clone is still doing his bit for world peace. 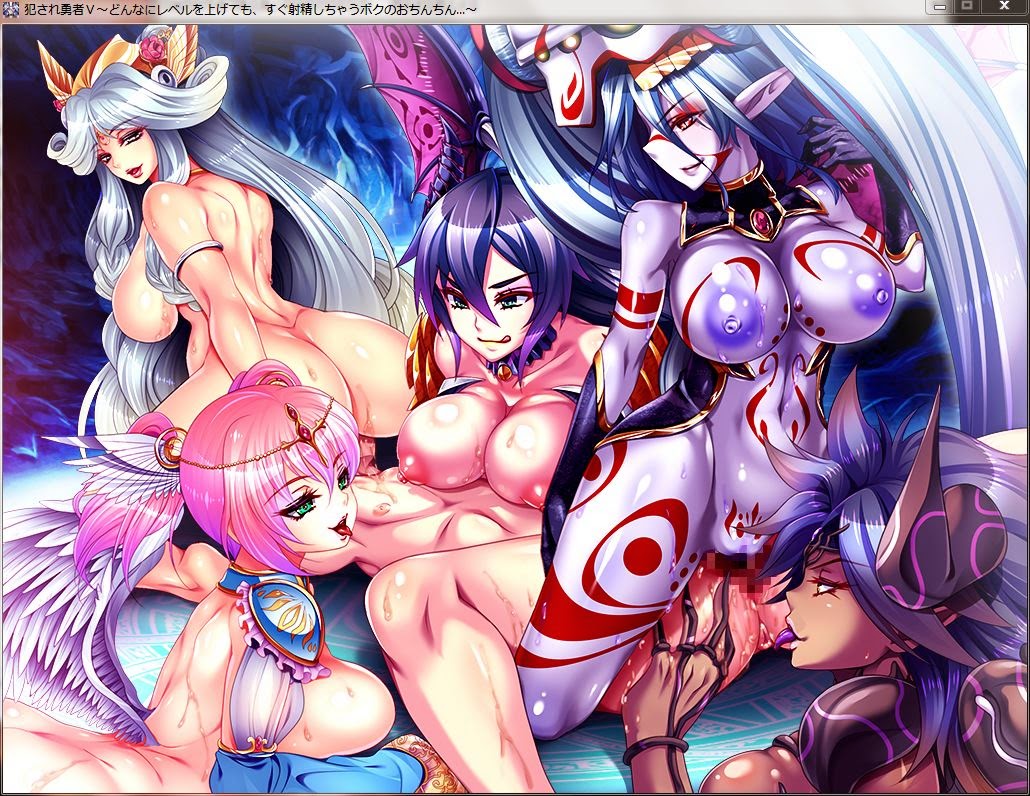 Then it’s fade to white.  Or rather fade to sort of cream/white.

And that’s it.  I hope you’ve enjoyed this playthrough of Violated Hero 5.  If you’re feeling particularly generous and would like to make a donation, may I recommend some of my books.  You’ll love them.  They’re packed full of sexy monster girl smut.

(Some people might tell you the protagonists in those books frequently meet horrible horrible ends.  Ignore them.  They’re liars.)

I’ll give my overall thoughts on the game in a full review in a couple of days time.
Posted by M.E. Hydra at 04:08