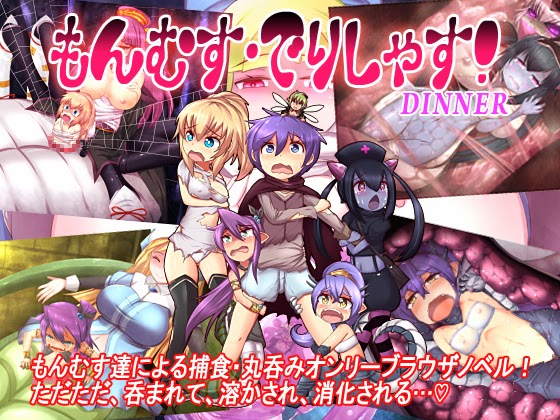 Hmm, and now I appear to be two vore stories behind.  When -Breakfast- came out I noticed they'd missed off the Sea Anemone Girl and so I wrote a story featuring a Sea Anemone Girl.  I said I'd also do one of the omitted girls (or something similar - either one of the plant girls or the dragon with a girl for a tongue) from -Lunch- and still haven't gotten around to it.  MGQ chapter 3 gives plenty of options.  Like I said earlier, everything was trying to eat Luka in that one.  Maybe I'll take one of Delphinus's angel designs as inspiration.
Posted by M.E. Hydra at 02:07 2 comments: