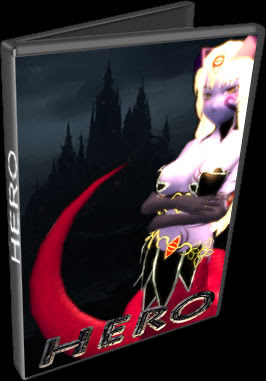 First off is the plan to take all the sex out of the game.  I can see how this might be forced as they want to try and raise funding off Kickstarter.  The problem is Monster Girl Quest is a sex game.  I’ve seen raging fights break out on various parts of the internet (including TVTropes’s shameless decision to redirect the MGQ page to something completely unrelated rather than delete it and lose the inbounds) where people have tried to defend the game along the lines of: “Yes, it’s a porn game, but it’s not bad, really.  It has an actual plot, real characters and it’s funny!”  All of which is true, but...

Here is a simple truth.  Some people are prudish.  They are extremely uncomfortable around any kind of media featuring graphic depictions of sex.  But the thing is, no one actually ever wants to own up to being prudish because prudes are seen as a bit repressed and totally uncool.  Instead they’ll get all haughty and critical.  “It’s boring.”  “It’s shit.”  (You will have read many many movie reviews along these lines – there’s a reason why talented filmmakers like Ken Russell, Paul Verhoeven and Jess Franco end up stuck making tiny indie films in the latter half of their careers)  And to be fair, most things with graphic depictions of sex are shit, because the creators know sex sells and get lazy.  Monster Girl Quest is not one of these things, but it won’t matter because it’s a sex game and they’ve already made up their mind.  It doesn’t matter if you take the sex out, they’re still not going to be interested because they know it was based off a filthy sex game.

Another simple truth.  People that say “I’m here for the funny plot and well-written characters.”  Lying.  They’re there for the sex, they just don’t want to admit they’re there for the sex.  MGQ is a sex game.  Taking out the Bad End H-scenes will not stop it from being a sex game.  It’s a world where all the monsters are female and want to hold down the main character and suck out all his cum.  Yes, there’s plenty of funny dialogue between Luka and the others, but most of that is about sex, because—you guessed it—MGQ is a sex game.  Sanitising MGQ by taking out all the sex is not going to leave much behind and certainly not much of what attracted people to the game in the first place.

There is the mention of putting the sex back in for DLC, but that’s even worse as it guarantees the mainstream markets they’re aiming for will banhammer it for being a sex game.  This is a bad start.  In trying for a mainstream audience they’re going to leave themselves in limbo with a game that isn’t a sex game to the people expecting and wanting a sex game, while still being dismissed as a sex game by the people that weren’t that interested in the first place.  For the small funding they’re trying to raise they could have gone straight to offbeatr with the adult version and raised five times that amount in half the time.

Maybe.  It wasn’t the only concern I had.

Graphics come up next.  The reason for 3D seemed very much to be “2D, that’s so last century.  3D modelling is far superior!”  Not really.  Basic 3D artwork usually looks far worse than 2D artwork.  It only starts to get the edge if you want to show complex animations from multiple camera angles.  And you’d only want to do that if you were planning to make a more open world game, which brings me to the next point of concern...

Hydra, just picture it, Monster Girl Quest in a fully open 3D world like Skyrim, wouldn’t that be totally awesome?

Yeah, it would, but we’re in la-la land.  A game like Skyrim has hundreds of developers and a budget of squillions of dollars.  This is a tiny indie developer trying to raise a few thousand on Kickstarter.

And then there’s the demo.  Whoa boy the demo.

If you’re thinking of funding this, please do yourself a favour and play the demo first so you’ll at least know what you’re buying.

The succubus village looks nice, but to be perfectly blunt it’s a horrorshow to play.  It doesn’t look like much thought has been put in to translating the turn-based RPG combat of MGQ into a 3D game.  Press button to swipe at oncoming succubi, die if you’re slightly facing the wrong angle. Brainless button-mashing for the roaming sections wouldn’t be so bad except the controls are horrifically fiddly.  The special skill wheel, while looking like a good idea in the video, plays very poorly in execution.  Then there’s the odd choice to switch back to turn-based for the boss battles.  The mechanics are a mess.

But it’s only a demo, you might say.  Yeah, but this is supposed to show the game off and get the punters excited enough to break out their credit cards.  They’re supposed to play the demo and think, “Yeah, I want some more of this.”  All it did for me was raise the alarm bells to deafening levels.

I don’t know what to make of this.  They have a slick promotional video, but not much in the way of a game.  The cynic in me thinks this is a scam.  They’re using the name and a 3D model of Alice to drum up interest before crapping out a turd and running off with the cash.  The more charitable part of me (a very small part floating around in a sea of corrupt black brain cells) wants to give them the benefit of the doubt.  Their heart’s in the right place, but they’ve pledged to deliver something they have no realistic chance of building.

To be honest I don’t really like putting on the steel toecaps and putting the boot into someone’s pet project (unless they are a filthy scam artist!).  Especially as they seem to be a small developer with limited resources.  But there has to be a some common sense.  If you’re a single developer with a four figure budget, don’t try and make Dark Souls, because the results are not going to be pretty.

Here are some cold hard facts.  MGQ as a game is really just a linear visual novel with some simple RPG combat bolted on over the top.  It still took Torotoro Resistance and multiple artists many months to get part two out.  They haven’t even finished part 3 and it’s been over a year.  This is for a simple linear game.  I don’t want to imagine how much work it would take to remake it as a 3D game with open roaming sections.  There are nearly 150 different monster types in the two chapters.  Most commercial big-budget RPGs don’t have that many!

I wish the developer well and I hope they prove me wrong, but I don't think they have a prayer of pulling this off with the resources available to them.

This was was where I was going to try and counter all the Donny Doom negativity with some helpful suggestions on how this could work.  This post has already run on far too long though.  I'll see if I can get a follow-up post out before the weekend.
Posted by M.E. Hydra at 04:50