Cover Tease for Sandwiched by Spiders

Here's a little cover tease of my upcoming short, "Sandwiched by Spiders". 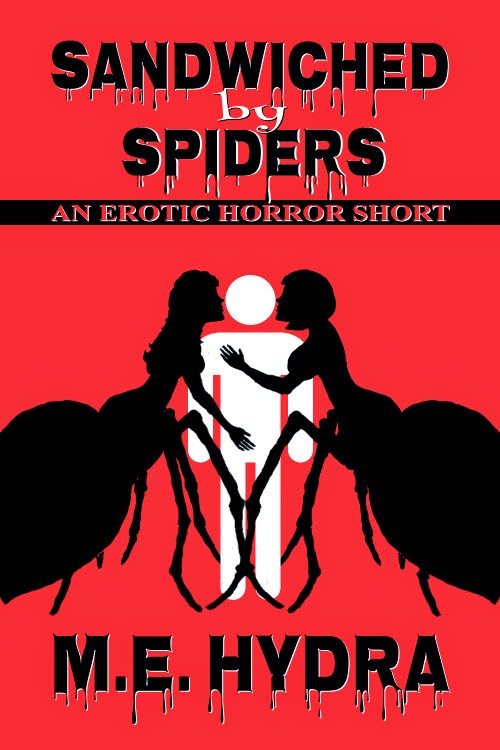 Yep, in case you hadn't already guessed, L'hassia and L'katipia from "Succubus Summoning 211" are getting a chance to show off their stuff in their own short story.  (If you were hoping for Puff and Pfaffle, don't worry, I'll be getting to them later)

I'll be running some final formatting checks tomorrow before uploading to Amazon and other sites.  As it's a short, I'll be fully self-publishing this one rather than going through Excessica (they only have a limited number of slots per week and it wouldn't be fair to the other writers there if I monopolized those slots with a series of short stories.  My other books will be coming out with them as usual).  I'll post as soon as "Sandwiched by Spiders" is available. Check back here for further details.
Posted by M.E. Hydra at 01:20