It’s been three months since Monster Girl Quest part 2 came out and, right on schedule, RogueTranslator has finished translating the final third of the game. You can get the full English patch here. 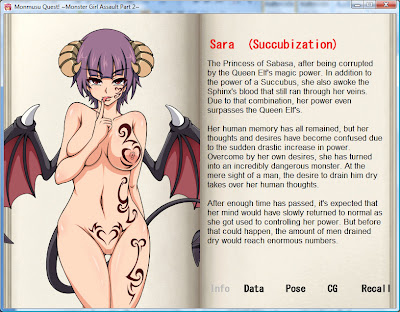 Who says blondes have all the fun...
Give that man a round of applause. This continues the story right up to the demon castle and Luka’s battles against the four Heavenly Knights.

Wisely, Toro Toro Resistance hasn’t given a release date for the final part after his poor artists got harassed over delays the last time around. A sensible attitude (says someone also a bit laggardly at getting an anticipated piece of work out - *cough* Succubus Summoning 201 *cough*). His site is showing some of the new monster girl artwork and it appears the angels are just as perverted and sex-mad as every other creature in poor Luka’s world. 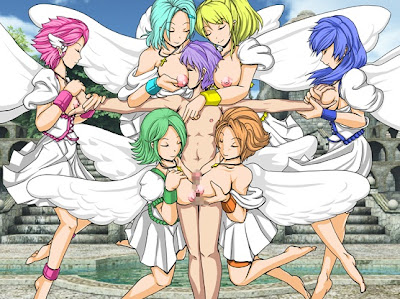 The new strategy to get people to go to Sunday School...
I'll finish with the obligatory plug for my own stuff: If you really like the game, you'll probably also like my stories.