Following Joe Hill’s Twitter feed I saw he talked about reading 52 books in 2012 and it seemed like such a good idea I thought I ‘d shamelessly copy it.  I think quite a few people also had the same idea as the #52books hashtag is fairly popular on twitter.  I thought it would also make a decent New Year’s resolution.  Even if I fail and only read forty books, that’s still a healthy amount of leisure time reading.

It also gives me a better shot at getting the Recently I have been reading... blog posts right.  Those full post reviews of single books...not exactly exciting in terms of hits, which is a common problem for books in general in an age where there is so much competition for our leisure time. 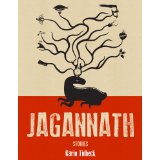 A lot of hype for this collection of whimsical weird tales set in the author’s native Sweden.  I had problems with the stories, but they’re mostly the same problems I have with most modern short fiction—It’s well-written and clever, but largely utterly devoid of soul and substance.  Stories crafted for other writers to admire rather than provoking a feeling in the general reading public.  It’s a boil that’s been festering within me for a while.  I might post in more detail about this at a later point to get the poison out.

Despite that, the collection did win me over in the end.  "Rebecka", "Who is Arvid Pekon?" and "Augusta Prima" are all very good.  But there are a few too many whimsical slight pieces where it’s hard to care what happens because there doesn’t appear to be anything at stake for the characters.  Overall good, but it’s not going to bring short fiction to the attention of a wider audience. 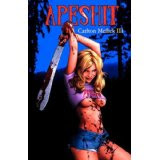 #52Books #2: Carlton Mellick III – Apeshit
Completely deranged slasher-flick novel with utterly bonkers protagonists.  You know how most of the slasher-bait in horror films are obnoxious cardboard cutout teens...not here.  Mellick’s collection of jocks and cheerleaders are crazier than their mutant foes.  It’s a fast fun read with plenty of gore and sheer WTFery.  As always I like how Mellick establishes his ground rules early and keeps to them despite the chaos erupting off the page.  There’s a twisted logic to everything that happens, and it keeps his stories from collapsing into silliness.

Another book I’d love to see as a film. First of the Dresden Files is an entertaining mash-up of wizards and hard-boiled PIs.  It’s a little predictable but fun to read.  Enough to make me want to check out the others in the series anyway. 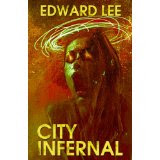 Edward Lee does hell.  It’s an enormous scuzzy city where life isn’t much fun for anyone other than the top echelon of demons (and not much better for them either).  Etheress Cassie, along with some new dead friends, crosses over the boundary from the living world and goes in search of her dead twin sister.  She gets embroiled in a war between Lucifer and another army of rebel angels.  Lots of gore, grue and lashings of twisted imagination.  The “good” angels are a bit cardboardy, but other than that it’s a clever tale in a very twisted world.  Like Barker, but with more of those squidgy bits you find in entrails.
Posted by M.E. Hydra at 02:53