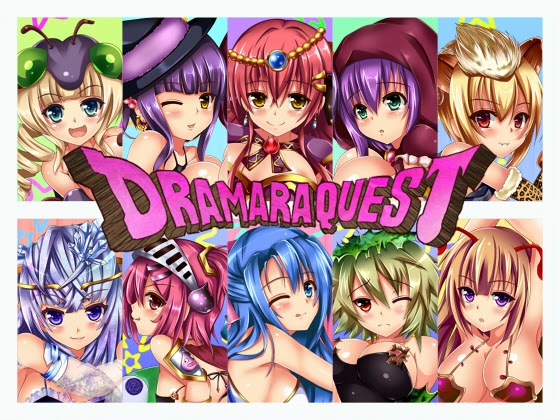 DramaraQuest is a battlefuck game.  Battles are decided by the combatants attempting to fuck the other into submission.  If the player happens to be the one submitting (because their HP is reduced to 0), then the game will offer up an additional sexy Bad End.  Outside of the battlefucks it’s the standard JRPG skeleton – you, as the main protagonist, wander through dungeons, villages and the outside world map in search of the trigger events that will advance the story along.  If you want a more detailed look I blogged a full playthrough, starting here.

The artwork is good and has a consistent style across the whole game.  The monster girls are converted versions of classic monsters from the Dragon Quest series and it’s fun trying to guess what they were originally (with the hammerhood being the most creative transformation).  The encounters have some limited animation achieved through simple distortions of the base sprites.  This is reasonably effective in some places.


There are a couple of positives over the previous DramaraQuest game.  Rather than abstract portraits/clouds of black smoke, the monster girls are represented on the map as little chibi sprites.  Also, while there is some palette swapping to bulk up the monsterpedia, it’s nowhere near as prevalent as it was in the first game.  The game has about twenty-odd monster types, with some having variants in hair and skin colour. 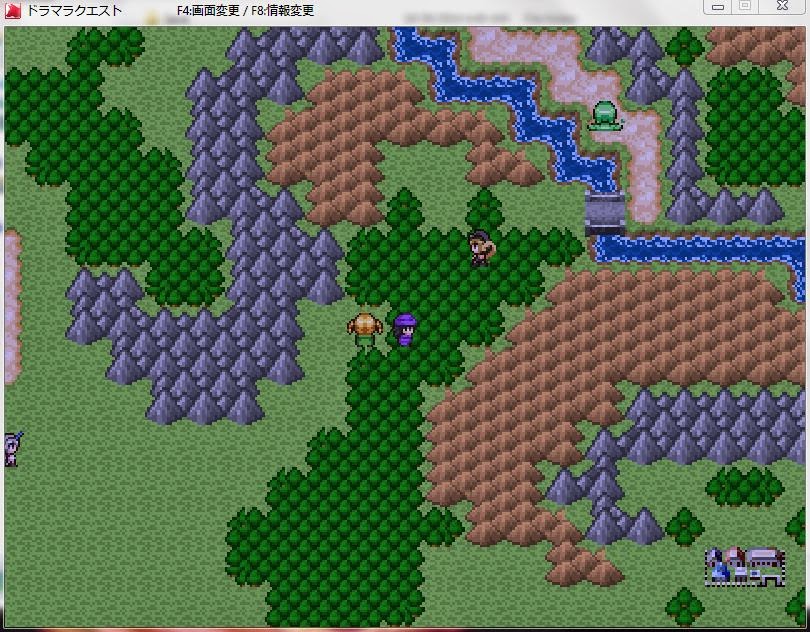 On the negative side the battlefucks and Bad Ends are a little generic and bland.  There’s not much variety to the monster girls’ attacks and the strategy is very simple.  On the plus side, experience progression is fast enough that the player won’t need to resort to grinding to advance further into the game.

Or very arousing.  Everyone is different in this regard.

Sticking so faithfully to the original also creates a jarring disconnect between the conventional JRPG bits, where a legendary hero is dragging his young son around from place to place, and the battlefuck bits, where the young son suddenly morphs into Casanova++ and bonks the whole countryside into submission.  I don’t think the makers needed to follow the plot of the original Dragon Quest V quite so slavishly.  Although there’s a possibility I might be missing the point of the whole project here.


Overall DramaraQuest V is an okay monster girl hentai game without being an exceptional one.  The game’s biggest problem is it doesn’t really excel at anything enough to distinguish it from its competitors.  The Violated Hero series has prettier art and more imaginative designs.  Monster Girl Quest has a much more involved story.  ROBF has more complex combat mechanics and handles the battlefucks much better.  If you’re on a tight budget, you’re better off checking out those games first.  If you already have and are twiddling your thumbs waiting for Mon-musu Quest: Paradox to come out, then DramaraQuest will at least give you some sexy distractions for a few nights.
Posted by M.E. Hydra at 10:35