Before Violated Hero 4 came out, Dieselmine held a fan competition to decide which two fan entrants should be included in the upcoming game.  Busty, the incredibly endowed cow girl demoness, and Marietta, the robot maid, were the eventual winners.  Dieselmine must have liked some of the other ideas as well, as two of them found their way into this additional chapter set after the end of Violated Hero 4 - Violated 4: Another Story. 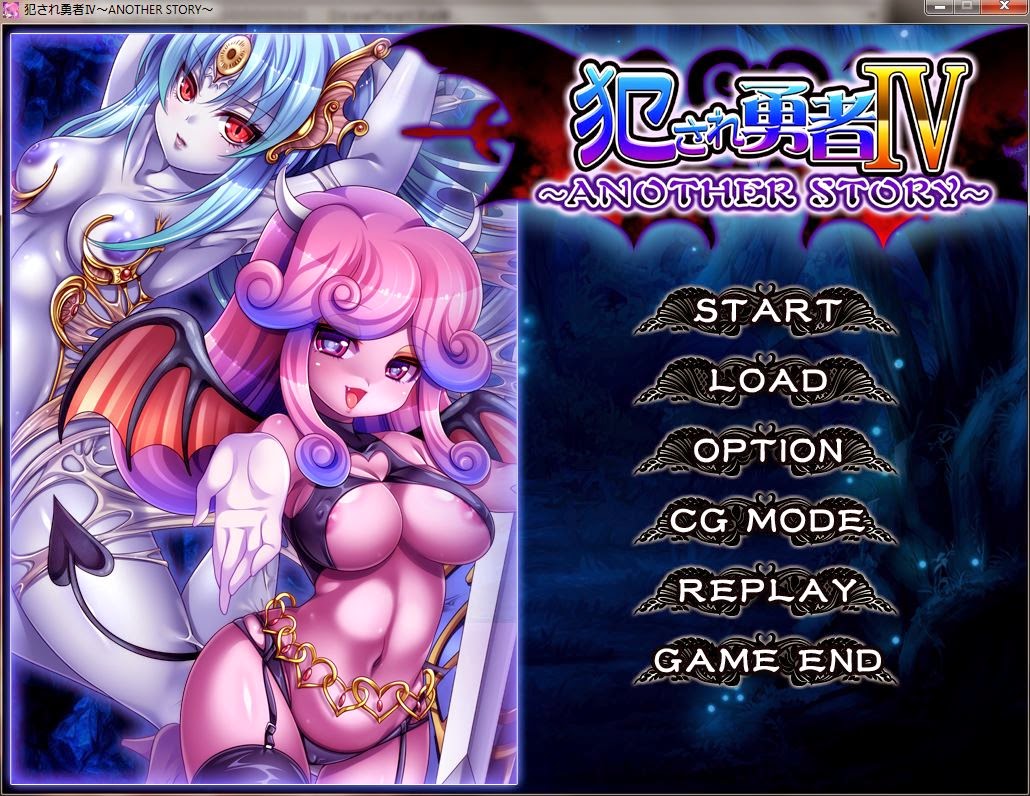 I bought this a while back, but didn’t get around to checking it out before Violated Hero 5 came out.  Now I’ve got a bit of spare time I thought I’d give it the Let’s Play! treatment.

We’re back to the world of Violated Hero 4.   Luka-clone ver4.0 is easily the weakest protagonist of the whole Violated Hero series.  His whole function is to walk around, pump some semen into Lilith’s mouth and watch while her magic wrecks everything.

Yep, this is the one where Lilith led an uprising to usurp the current demon lord (Sharia).  The intro gives some other story about a brave man going on a quest to rescue humanity from the sexy oppression of naughty monster girls, but we all know what really happened. 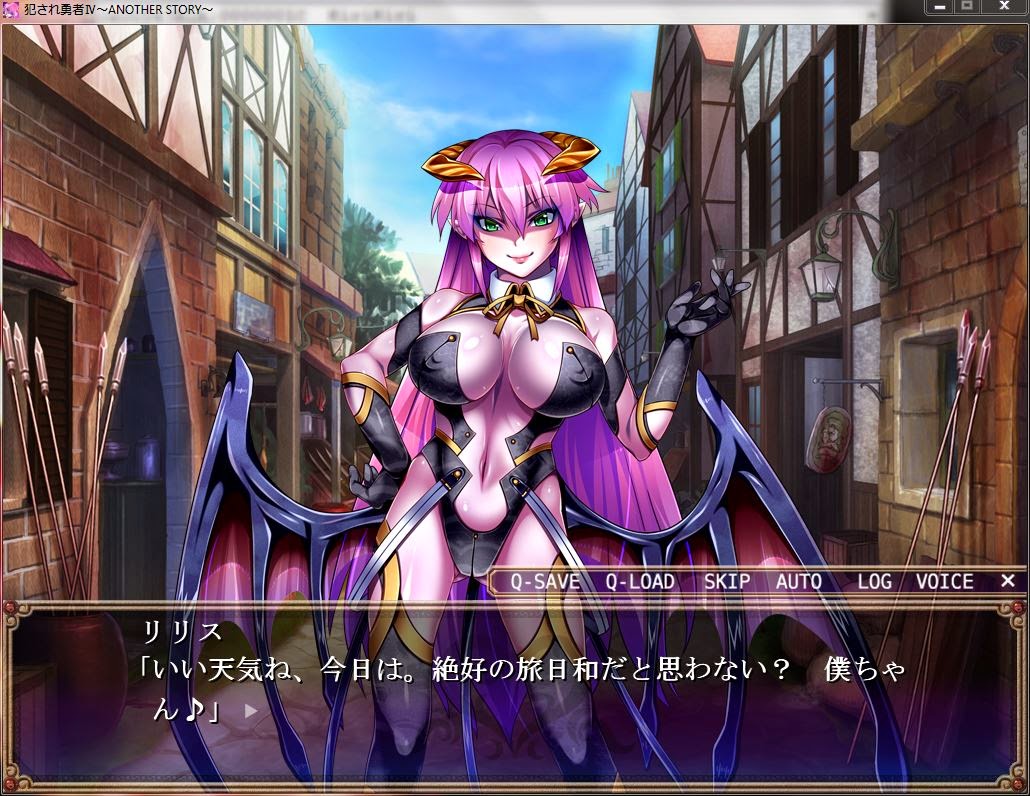 Turns out we’re on a trip somewhere.  Then Lilith starts talking about tormenting Luka-clone’s penis and pretty back passage.  I think I know where this is going to go.

Oh, the robot maid, Marietta, is also in this one.  Expect uses of a vacuum cleaner beyond the prescribed function. 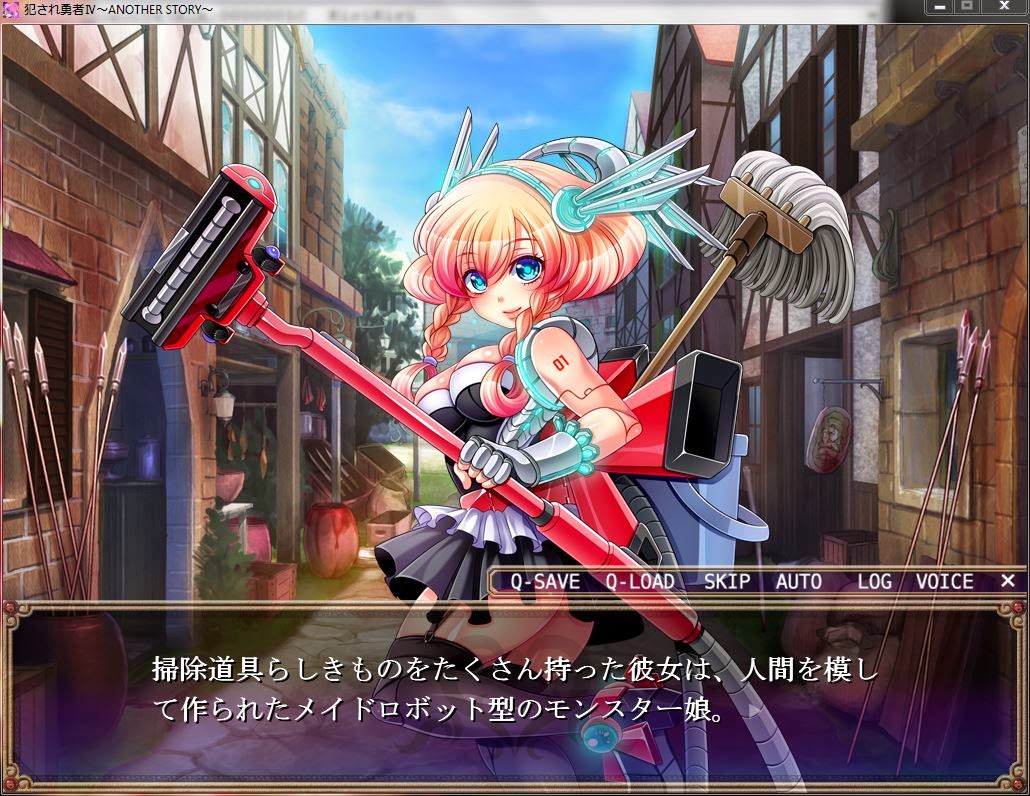 She tells him he might as well go along with what Lilith says as he doesn’t have a chance of beating her.  I think we already knew that.

Then it’s a flashback back to the demon castle where Luka-clone is buried under mountains of paperwork.  Lilith pops in.  She’s bored.  Her being bored usually ends up with naughty stuff happening to Luka-clone.

By reading some of the documents she learns there are a couple of monster girls in far-flung locations not currently obeying the edits of Sharia, the demon lord.  I suspect this is the plot point that provides the excuse for flinging Luka-clone into the sexy embrace of the new monster girls.

He finally drags himself away from his desk around midnight.  Little Miss Vacuum Cleaner is still around.  I think she’s pissed off she’s been put to cleaning the castle rather than her home mansion with all her robo-sisters.

A worn out Luka-clone crashes on his bed, but doesn’t manage to get a good night’s sleep as Lilith shows up to give our cock a good suck.  And it’s H-scene no.1. 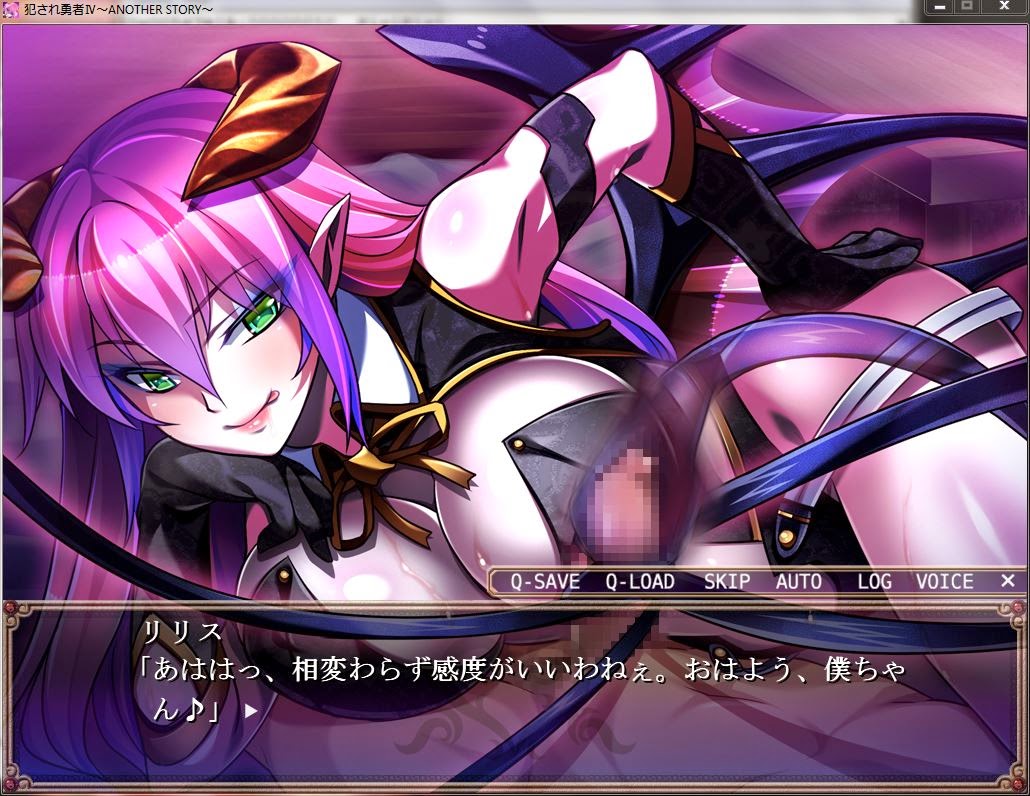 Lilith thinks that because Luka-clone’s been sleeping in the castle he might have stopped taking monster girls seriously and needs a reminder of what they are.  She does this by gobbling up his penis with her tail.

The scene is a bit of training and a bit of arm-twisting.  Luka-clone is always premature—so she squeezes the root of his cock so nothing can come out.  The arm-twisting, or I suppose cock-squeezing, is about the trip she wants to go on to discipline those naughty rogue monster girls.

It doesn’t take much to get Luka-clone to promise to come along and then Luka-clone comes buckets inside her tail.

So that’s the intro out of the way.  Next time it’s off to the land of far-flungness to talk to a slime-mimic-armour girl thing.
Posted by M.E. Hydra at 03:54