Last up we . . . well it wasn’t really a fight to win this time.  Mea’s first fight is unloseable and her second fight is unwinnable if you’re foolish enough to select that option.

canon!Luka-clone did not and the story continues with Mea getting upset at his refusal and blindly charging him.  She’s not very powerful and Marietta kicks her off.

Lilith points out that trying to fight a nightmare (I think that’s what Mea’s supposed to be) in dreams would be like taking on one of the major demon kings.  So good job we didn’t do that then.

Marietta drags Mea back and I think they persuade her to recognise Sharia’s authority as the one true demon lord.  I’m not sure how Luka-clone manages to do this.  I think he might have said she can play in his dreams some time.  It’s a long list, little nightmare.  You might be waiting a while.

Then it’s back to the town and Luka-clone fretting about the punishment Sharia is going to inflict on him for skiving off on this little adventure.  The new recruits are with them. 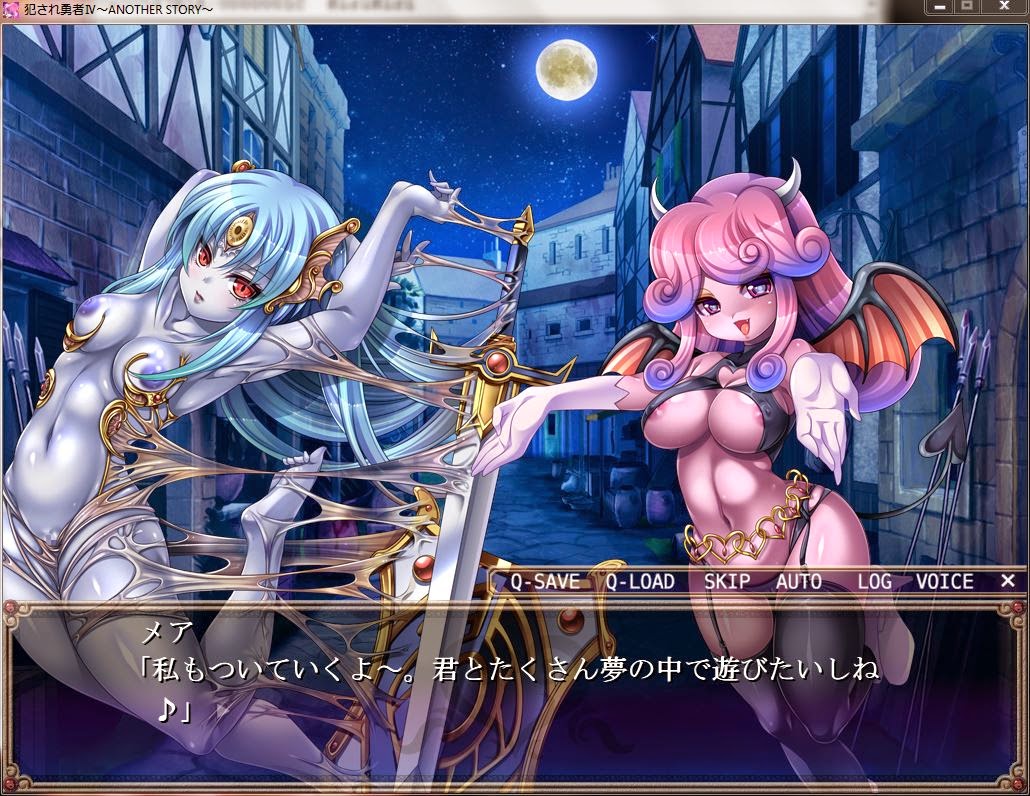 Their dialogue is a little limited:

“Play with me in dreams!”

is about the extent of it.

They all go off to a hotel Lilith recommends.  Harem scene incoming?

Then there follows some talky bits I failed to get a good translation of.  Luka-clone goes to his room, but before he can get a good night’s sleep he’s interrupted first by Marietta and then later by Lilith.  I think Marietta is asking when they’re going back.  Later on Lilith seems keen on extending the little adventure.

There’s even more text, but it’s basically a precursor to Lilith pushing Luka-clone back on the bed, blindfolding him and tying his hands behind his back. 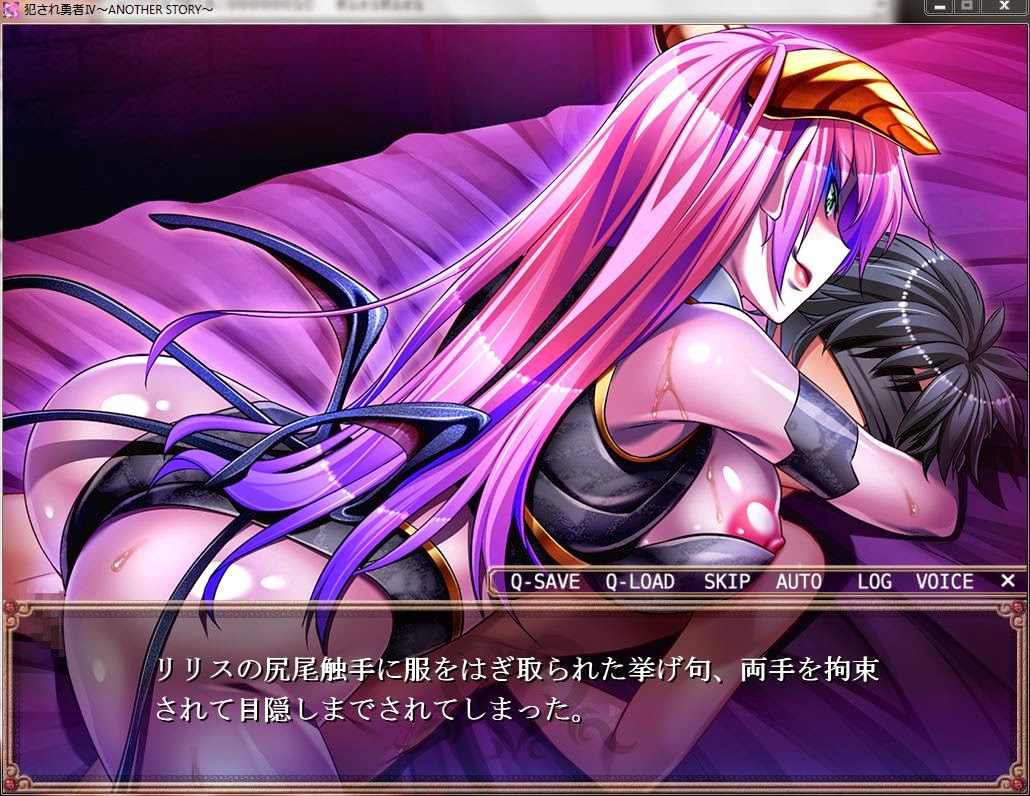 Nothing to worry about here.  Just a bit of friendly bondage with Lilith.

She moves her hips against Luka-clone and then gives him a proper snog. 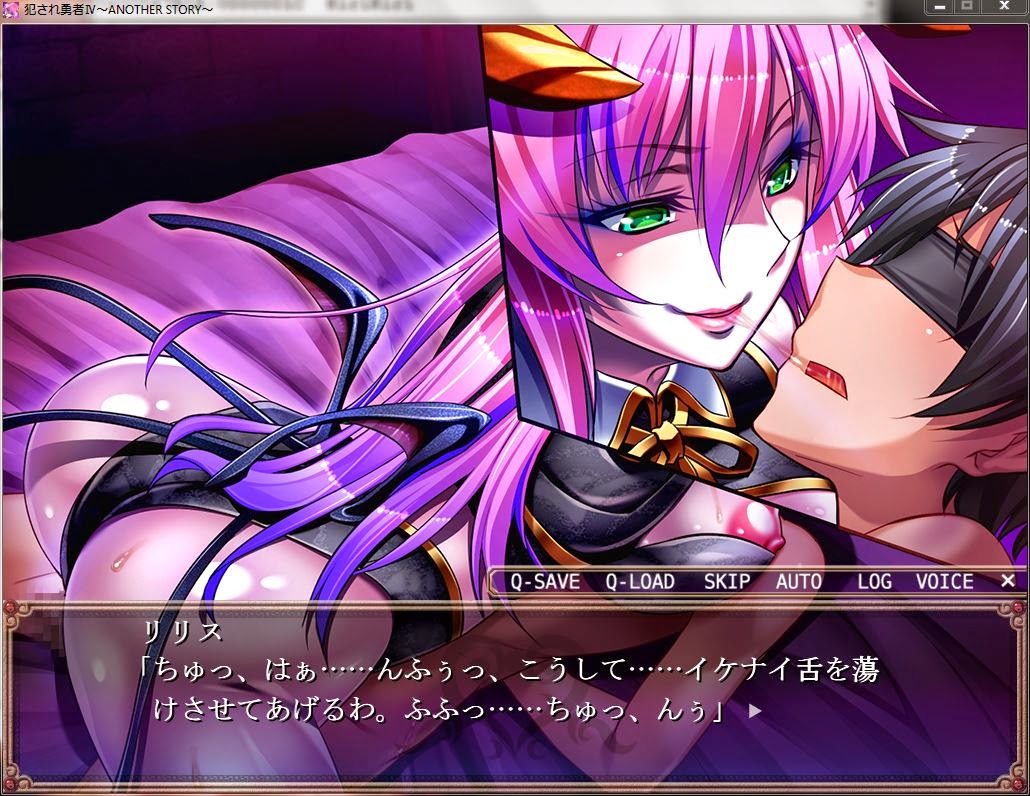 The saliva of succubi has an aphrodisiac effect, unsurprisingly.  Lilith rubs Luka-clone’s cock in the groove between her buttocks.  Again he fails to hold on until he’s actually inside her and sprays the white stuff all over her ass.  For mere mortals that would be an anti-climactic end to a night’s sexiness, but for the ambulatory bag of concentrated semen it’s just the beginning.

He even passes out to give that Bad End feeling to the Good End.

I’m assuming this is a Good End.  Maybe the developers at Dieselmine hated the character so much they put this little addendum out just so that Lilith could drain him to a withered husk.

Oh, where are we? 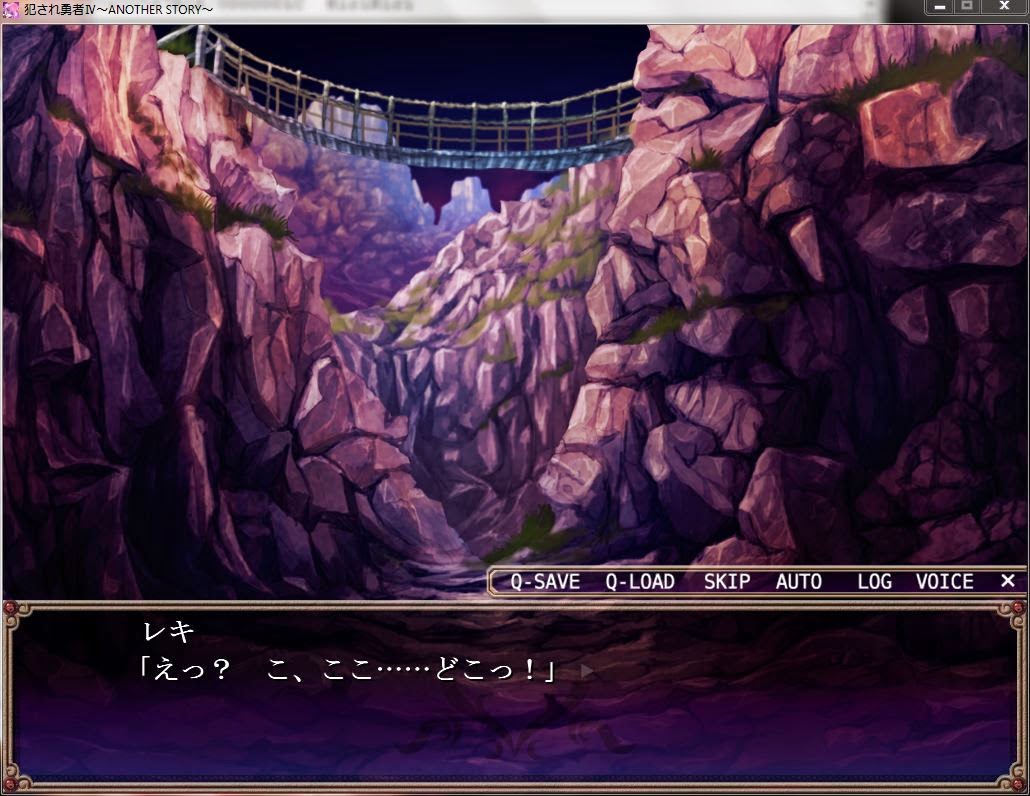 Ah.  Some kind of seal got broken and a powerful monster got loose.  Lilith says he should delay returning to the castle until this new threat has been dealt with.  I suspect this will be the first of many ‘threats’ delaying Luka-clone’s return to the castle.  Lilith doesn’t like getting bored after all.

(3 guesses who released that seal.  The first two don’t count.)

Then it’s the proper Good End as we leave them to their adventuring.

But that isn’t quite the end.  If you unlock all the H-scenes in a Violated Hero game an additional extra scene is unlocked from the main menu. 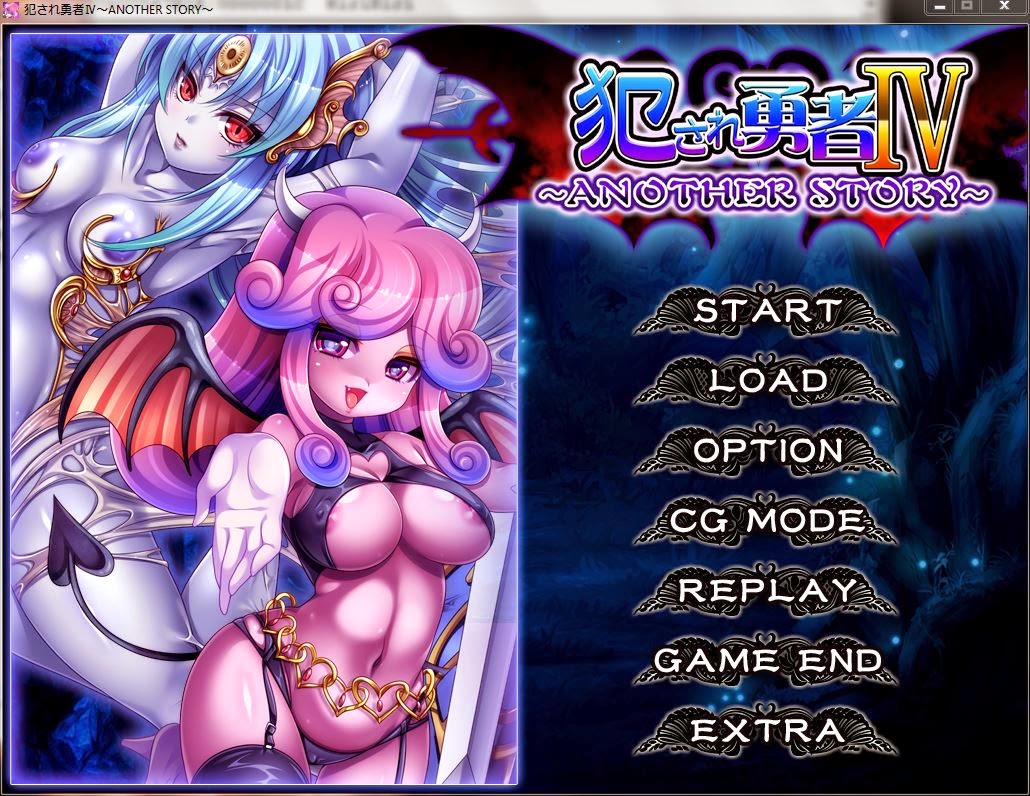 Another Story is no different here.  This will probably be the harem scene.  I’ll go through it next time.
Posted by M.E. Hydra at 05:19