The new short is up. 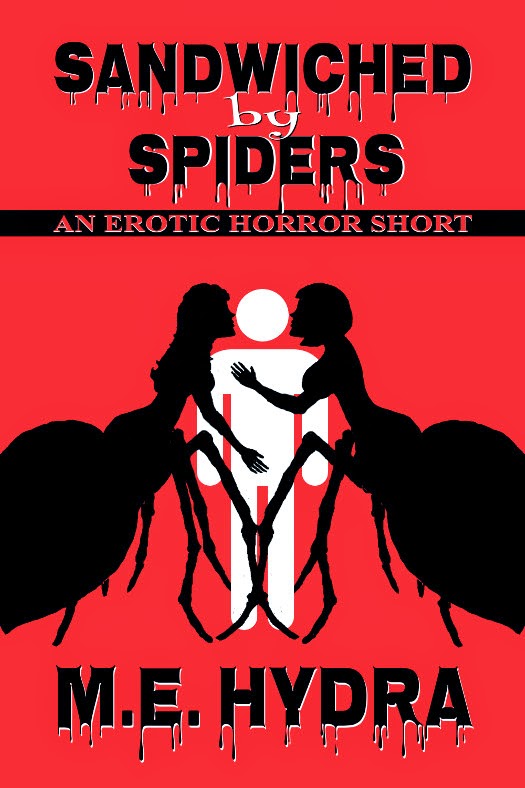 Smashwords will also distribute it to other eBook platforms.  If you can't find it on your eBook retailer of choice, let me know and I'll try and get it up there.

Also, as this is the first time I've done this solo rather than through my regular publisher, Excessica, if you notice any horrific formatting issues please let me know as soon as possible.  I tested the conversions out on each of the sites beforehand, but I've worked in IT long enough to know that's no guarantee some device somewhere won't chuck a fit trying to render the ebook code.

As for the story:

Jonathan Mustard doesn’t believe in karma.  As a successful IT contractor constantly on the move around the country he’s been able to maintain a double life as a killer of cats with no consequences.  This changes when he’s witnessed in the act by a strange young girl.  Now karma is stalking Jonathan through his dreams in the form of two gorgeous spider demonesses, L’hassia and L’katipia.  They intend to make him pay for his cruelty . . . in the sexiest way possible.


And a little excerpt to whet the appetite:

Then she shushed him with her lips.  Moist and warm, they pressed against his as she lowered her head and kissed him.  Jonathan’s thoughts vanished in a haze.  For a moment he forgot what she was . . . forgot where he was.  He was conscious only of the movement of her lips, her tongue playfully jousting with his, the heat she transmitted to him.  Blood flowed to his loins in slow, pleasant throbs.

It was a dream.  For a moment it had veered into a nightmare so vivid it had tricked him into thinking it was reality.  Now it was dream again.  Maybe even a wet dream.  It had been a while.

She continued the kiss and Jonathan felt so giddy and light it was as if he’d detached from the floor and was floating up to the ceiling.  He span slowly, as though he was a child’s mobile dipped in honey.  He felt like he was being wrapped up nice and snug as well.  Snug and comfortable like someone was rolling a warm duvet around him on a cold winter night.

Why did this duvet feel so sticky?

The pleasant haze lifted.  Jonathan opened his eyes and saw the red-haired spider-girl was wrapping him up in silk like a spider cocooning its catch.  A single thread of silk spooled from the orifice at the tip of her abdomen.  She turned him in place with her eight legs and wound the thread around his body.  His legs were already bound together and now his arms were bound to his sides.  He couldn’t move.  Worse, wherever the silk came into contact with his naked flesh he felt an enervating sensation that left him feeling floppy and unnaturally relaxed.

The red-haired spider-girl paused.  She pouted luscious red lips and blew him a kiss.  Then she continued winding silken threads around his body until he was completely cocooned from chin to toes.  Once she’d finished she suspended him like a hunk of meat in a larder.

The two spider-girls, balanced on silvery threads, stood before him.  Their eyes—all of them—were bright.

“I’m L’katipia,” the other girl said.

Their faces moved across Jonathan’s field of vision as the thread supporting him slowly twisted back and forth.

“What do you want with me?” he asked.

Jonathan realised they hadn’t bound all of him up.  They’d left a gap that exposed his groin and buttocks.  L’hassia reached in to fondle his balls and stroke a hand up and down his shaft.

“We’re going to do naughty naughty things to you,” L’hassia purred.

“Now pick which one of us you’d like to stick your prick in,” L’katipia said huskily.


It is a short, about 5,500 words.  The Sandwiched by series is an experiment in putting out work more regularly and at a cheaper price.  I hope you enjoy the first installment.  The second, "Sandwiched by Slime Girls", will follow in February.
Posted by M.E. Hydra at 11:06