The Medal Queen and Midas Village

We’re at part 15 of the Monmusu Quest: Paradox playthrough – the grim log of a hapless author destroyed by a JRPG.  The madness starts back here.

Just north of the harpy tower there’s a little palace-type thing.  Entering puts us in a wood outside it, though. 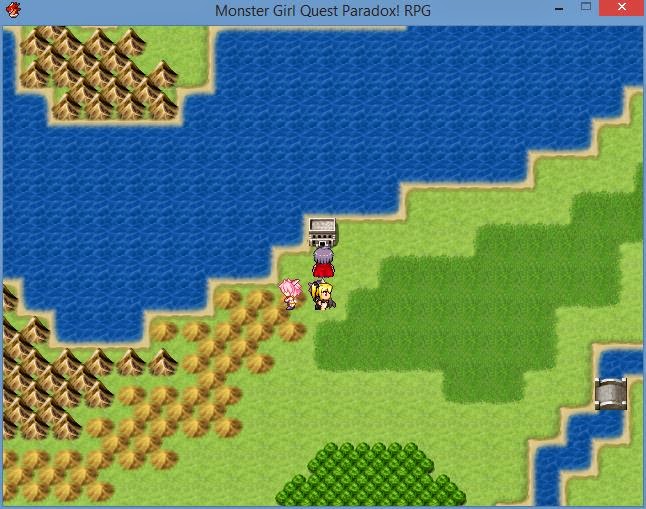 A slug girl, earthworm girl and leech girl are hanging out outside a hut.  They like it here because it’s damp.  I think they’re all NPCs just here for flavour purposes, but it might be because I don’t have the right party composition to trigger further dialogue.  At this point Luka’s harem is already so big I doubt I’ll get a chance to try them all out, let alone level them up.  It’s like Pokémon all over again and I needed to learn MS Access to figure that out (yes, I was that geeky).

The house contains another battle-fucker – Meirin.  She’s some kind of martial artist, I think, and her technique is the titjob.  They must have run out of time on her artwork as it’s just the same sprite with a semen splash added at the end when Luka – predictably – fails to hold out. 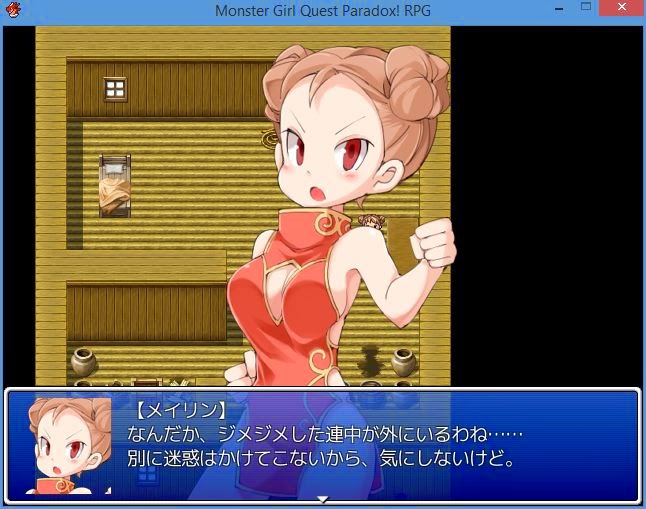 If you do beat her you get some kind of martial arts scroll.  There are a number of accessories like this and I haven’t figured out what they do yet to be honest.

Carrying on north and we find some kind of teleporter that teleports us across the water to a small island.  The first structure (the one we’re teleported into) is the North Ilias Monastery. 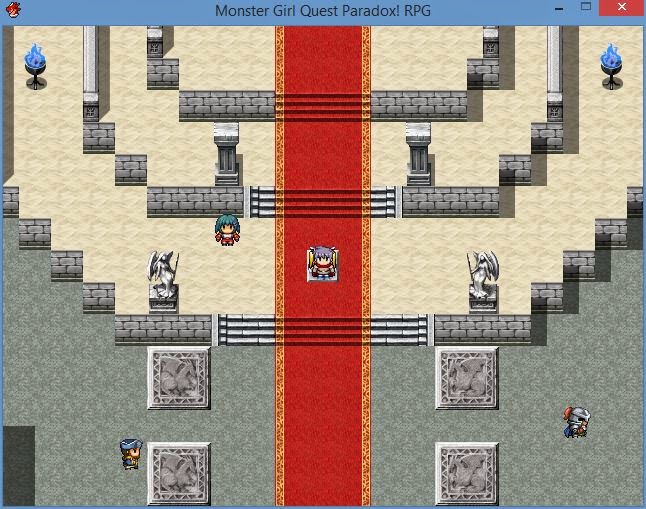 I think this is another tutorial area.  There are various NPCs talking about advanced jobs and attributes.  This is a little worrying as I’m using every dirty trick I can think of to boost XP and Lime is still only a level 9 thief.  I’m guessing this will make sense later.  Maybe.  There’s some stuff about attributes and + systems that machine translation hasn’t a hope of making clear.  I guess experimentation is what it’ll have to be.

Outside the monastery and there’s one other structure on the island.  It’s a palace found in an oasis.  Sadly the monster girls are the same standard wandering monsters for the Ilias continent we’ve already seen many times before. 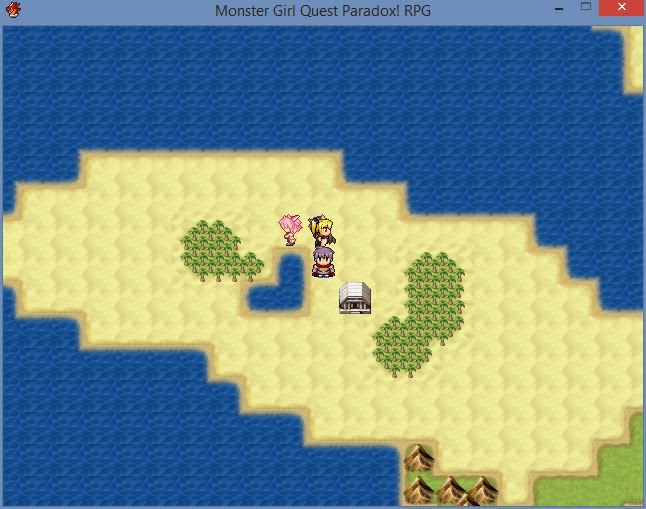 The structure next to the oasis is the palace of the Medal Queen. 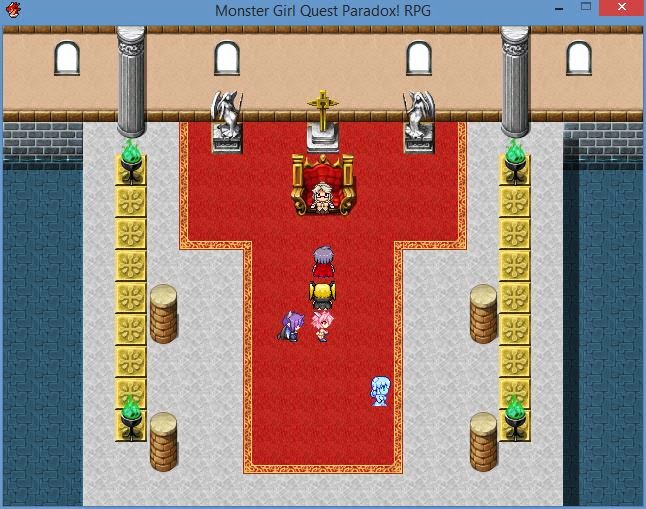 This is where you can trade in all those small medals that keep turning up in various barrels and pots.  The trade list includes various items, job certificates and you can even ask the queen herself to join the party with enough medals. 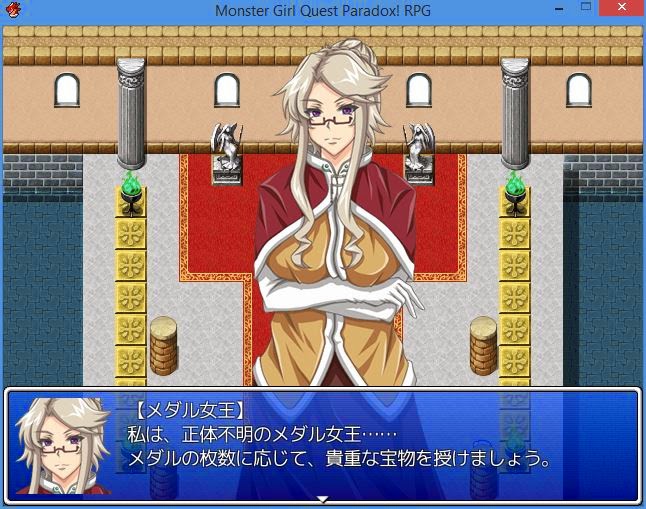 That’s probably not happening for a while.  Currently I have a mighty 6 medals.  Three is enough to unlock the Noble job and that’s probably better than a sword I can’t use because of giving everyone in the party all the greedy jobs.

There doesn’t seem to be anything else to this area at the moment.

Next stop is the Midas Village.  That’s the next quest hub and it’s to the north-east. 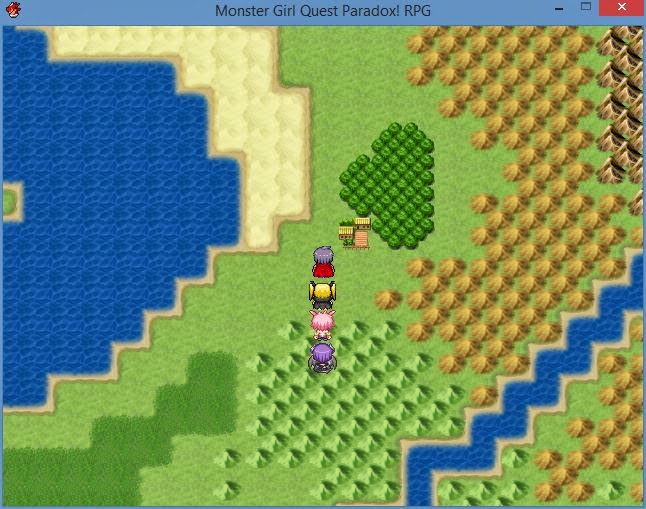 Midas Village has a slug problem.  There are a ridiculous number of slug girls crawling around.  The old chap by the entrance explains it’s been a bad year and they have a bit of an epidemic of them at the moment.  He also fills in with other bits of information.  There’s a gold mine to the north (overrun with monster girls) and a famous but retired Maid lives in the village somewhere (the source of the certificate to unlock the Maid job).

There is definitely a slug girl problem.  The NPC normally charged with teleporting the player to places of interest is complaining because a slug girl is currently doing their job.  The preacher used to reset the respawn point has been replaced by a slug girl in a nun habit.  The normal preacher is over in the corner, apparently being ‘tended’ to by his own slug harem. 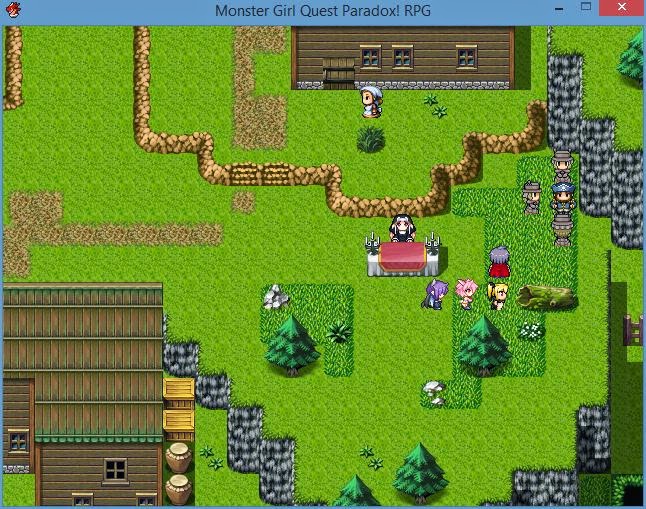 There’s even a slug girl roaming the cow fields to the west.

There’s a useful shop in this area.  The maid in the field (if you have recruited the orc girl she’ll be standing next to her) sells various meats.  These are useful for raising the happiness of the more predatory monster girls back in the pocket castle.

There is a battle-fucker.  She’s dressed as a maid and hangs around outside the house of the maid of legend. 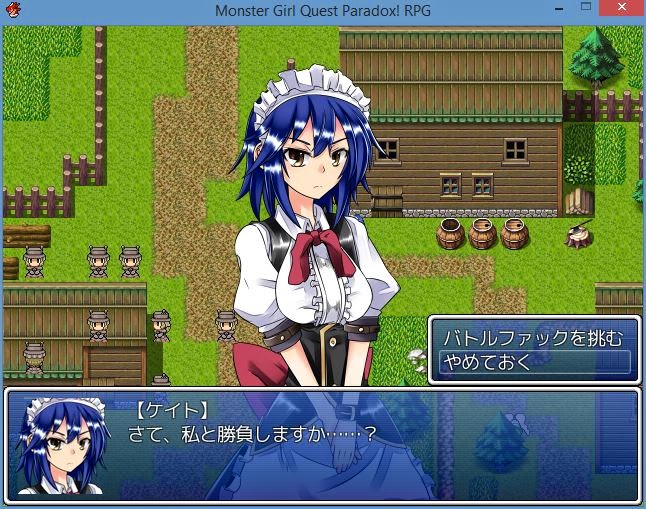 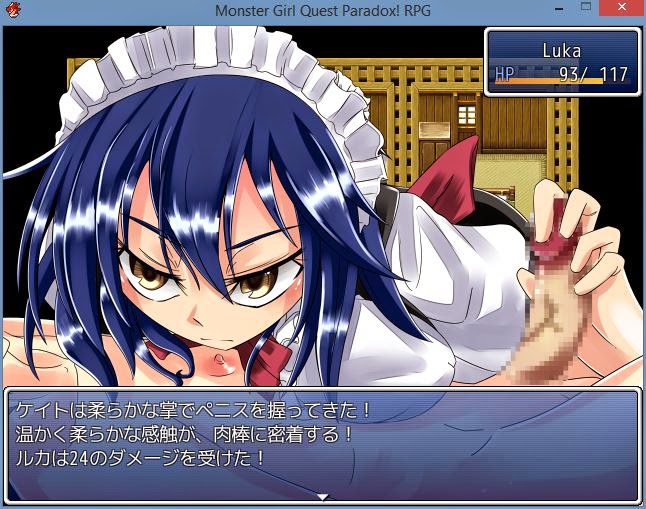 Actually, you’ll want to boost Luka’s HP high enough to win this battle-fuck as soon as possible.  Her reward is a useful accessory that gives 1.5x Job XP with no drawback.

There are two quests originating from Midas Village.

The first is from the blacksmith in the shop.  He needs a chunk of gold from the mines in the north.  Fetch that and it will unlock a whole lot of shiny new gear.

The second is given by the legendary maid.  Back when she was in her prime there was a similar slug girl outbreak.  It originated from a tower out in the west.  She went there and defeated the slug queen responsible for flooding the land with an epidemic of slug girls.  She thinks the same thing has happened again and tasks Luka and party with defeating the slug queen.  As a reward she’ll hand over the certificate that unlocks the maid job.

So more setup today rather than frantic fighting and fucking.

The guide I’ve been following (yes, I know it’s a cheat but as the alternative was wandering the realm without the faintest idea of what to do, I did what I had to do) suggests doing the gold mine first.  I did check out both locations and as the monster girls found in the slug tower appear before the monster girls from the gold mine in the monsterpedia I think the tower is supposed to be the next location.

So join us tomorrow for sexy… uh… slug girls?  It’s going to be slimy and icky, isn’t it…

Oh, and if you're enjoying this so far and on the off chance you want to show your appreciation with a small financial contribution.  I don't have a Paypal button or a Patreon account.  Instead I ask people to check out my ebooks.  This is better.  I still get money and you get more wickedly sexy content along the same lines as MGQ and similar games.  The books can be found on Amazon and Smashwords.  Please give them a look if you've liked what you've read here so far.