It's the Monmusu Quest: Paradox walkthrough shorter edition as I'm out of the country for a few days and needed to stretch the progress I have made out over those days.  The start of the madness is back here.

Today it's a lot more story as we enter Enrika village.  This is a departure from the first series.  In that Luka was turned away by a character that was eventually revealed to be his angelic aunt, Micaela.  This time Luka is allowed into the village, but the elves aren't exactly friendly as they refuse to serve him in both the Inn and General Store.

Elves… always with the racism.

The inhabitants of Enrika are a strange mix of elves, dark elves, fairies and angels.  This is in keeping with its history in the first series.  Micaela created the village as a refuge for monsters and angels alike that didn't want to get involved in the wars.

As for Micaela, she's in the house to the south.

(As an aside.  There's nothing particularly red-light-district-y about Enrika.  I suspect it might be a naming joke that doesn't come through auto-translation very well.) 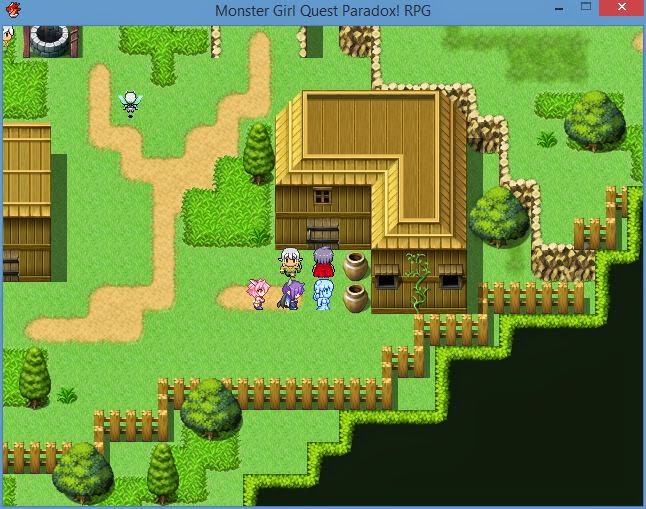 Or rather she should be in the house to the south.  Instead there's an elf and if you tell her you're looking for Micaela and your name is Luka she'll be very sad.  The reason for this is that she left some time ago and said that if anyone called Luka came looking for her it would mean she was likely dead.

Even more ominous is to come as the elf fills the party in on various happenings.  There are three monster lords running around.

Alice immediately assumes this means her incapacitated state has left her with two rivals to worry about.

At first I thought the three monster lords might be the succubus sisters first seen back at the harpy tower.  No, it's three other individuals, a couple of which are familiar from the first game.  The first is Alice the 15th, Alice's mother (I managed to forget to take a screenshot again).  Alice (the 16th) says this must be an imposter as her mother is dead.

The second is Alice the 8th (try to keep up, they are about to be a lot of Alices to keep track of).  She is also known as Black Alice and was one of the chief antagonists of the first series (and one of the rare out-and-out unambiguously bad characters).  This also shouldn't be possible as she was slain by the hero Heinrich a while back (as in the original series). 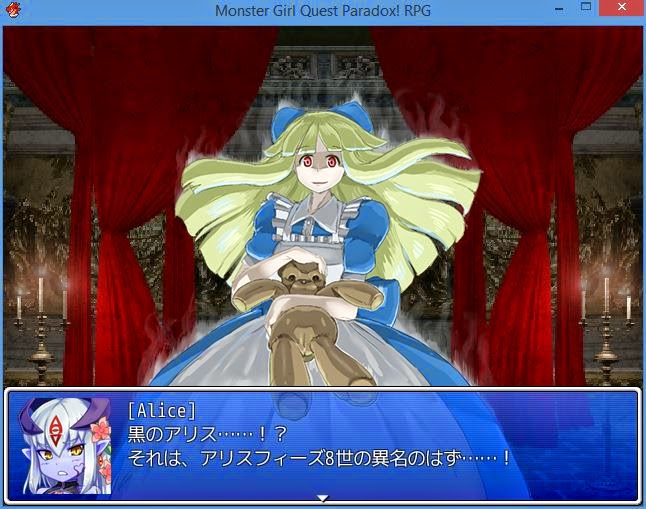 Then there's a new character, Alice the 17th (told you there'd be a lot of Alices to keep track of). 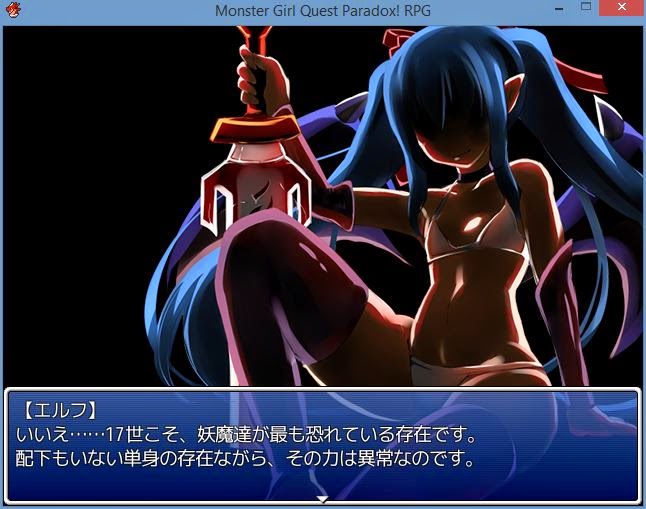 The 17th?  Alice (the 16th) wonders how she managed to get skipped in line for the throne.  No-one knows much about the mysterious new Alice.  She showed up, roughed up the Plansect village, faced down Cassandra (a powerful villain from MGQ), smashed up the fractious Arachne faction and even fought Granberia, one of the heavenly knights and master swordswoman, to a draw.

Okay.  If we see anyone calling themselves Alice the 17th, run.

It sounds like Sentora is a lot different in this universe – four nations at war with each other and competing self-proclaimed monster lords running amok.

This conversation is apparently the trigger to move the story onto the next section.  Alice decides they need to go to Iliasport and take a boat to the Sentora continent.

Now that it's been established Luka is a blood relation to Micaela the elves decide to allow him into the shops.  In the item shop there's a dark elf (not the one behind the counter) that will take the healing shell from the beach and give a ton of medicine back. 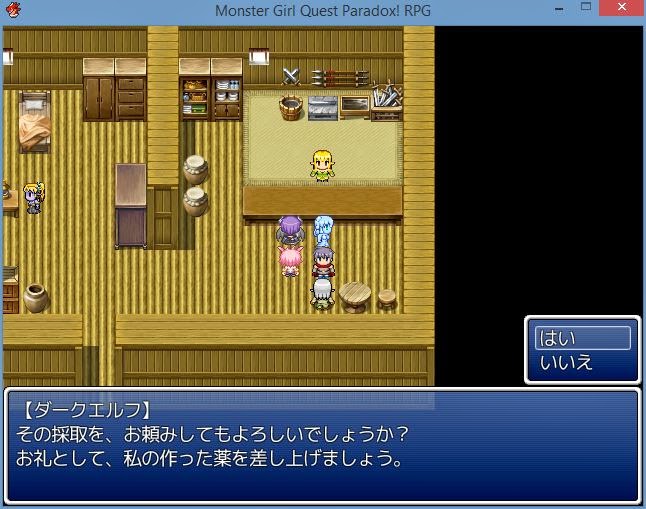 There's also an elf battle-fucker in one of the houses I nearly completely forgot for some reason. 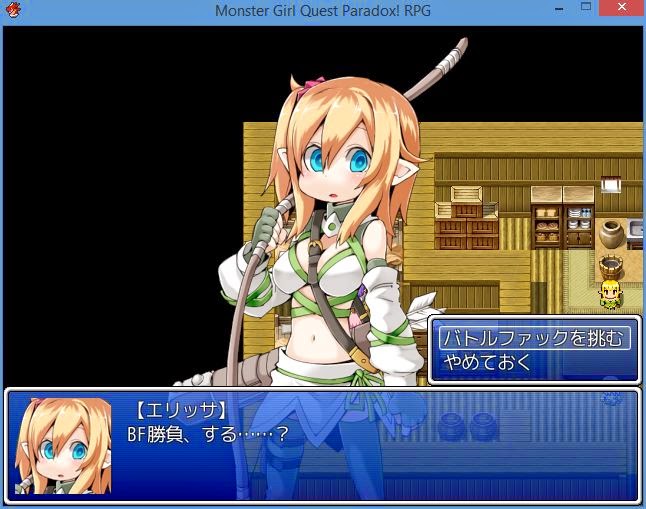 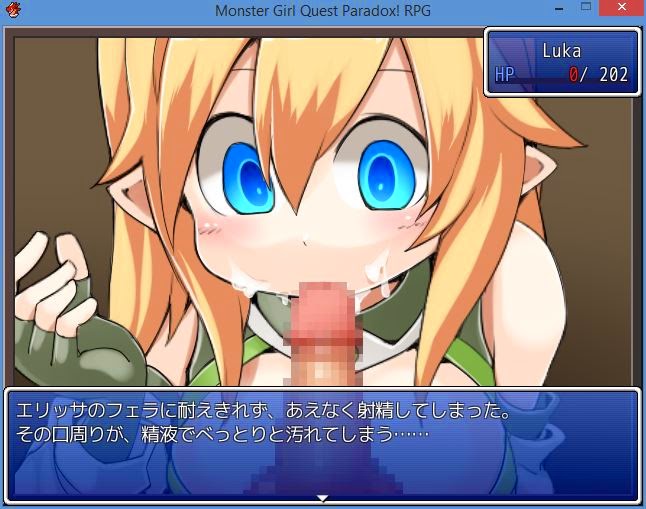 And that's it for now.  Tomorrow we head north to Iliasport.

Oh, and if you're really enjoying this let's play series and want to show your appreciation, please consider giving one of my ebooks a look.  I have a range out on both Amazon and Smashwords that cover similar themes to what you've seen in Paradox so far.  (Yes, that even includes some vore).

Dammit – why do I always do the book plugs on the let's play posts with the least number of sexy pics.