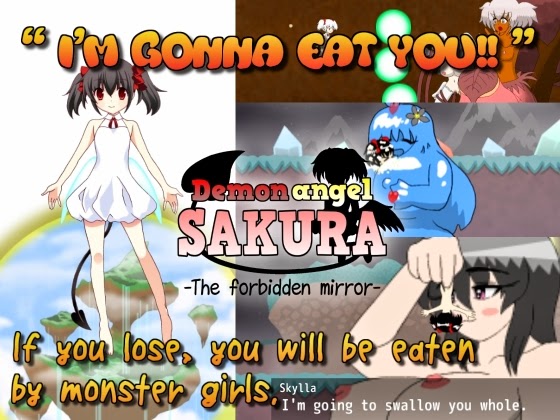 I picked this one out because I like predatory monster girls and it promised a range of bizarre Bad Ends that will probably be fun to blog.  Because . . .

Also, everything is subtitled in English.  That makes it a lot easier to work out what’s going on, but it also takes the charm away from trying to figure out what “A smell of the Japanese spaniel refuse drifts angrily just to bring a face close” actually means. 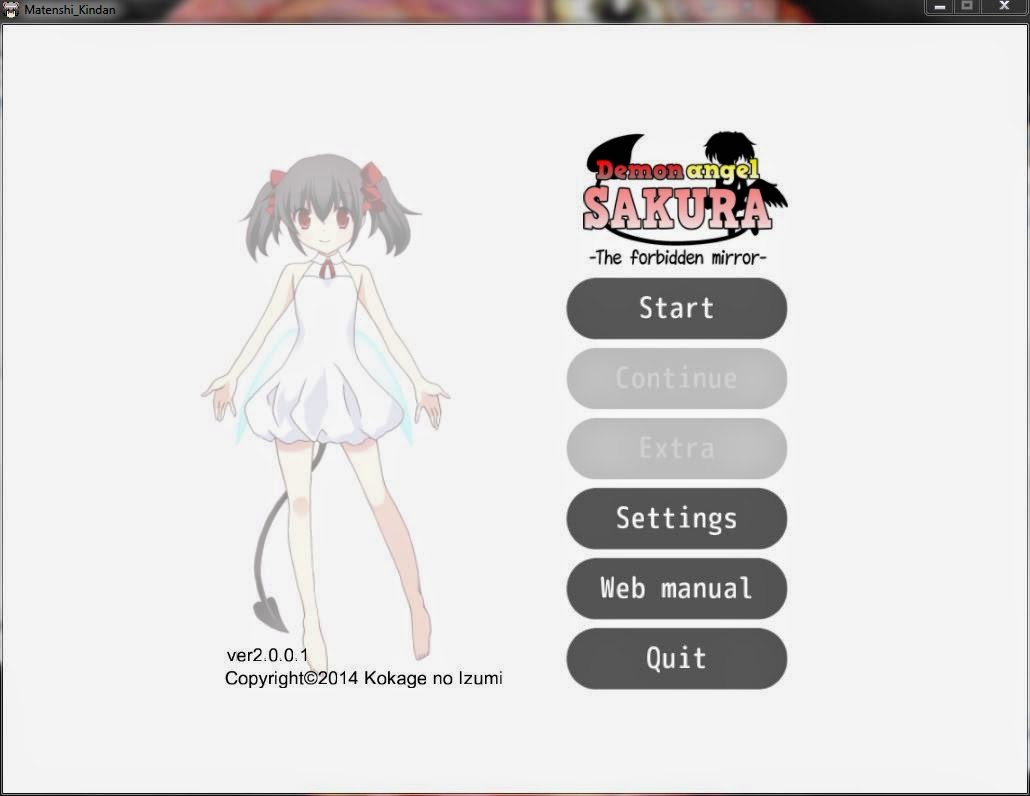 I’m going to reveal my wussiness straight away by going into settings and setting the difficulty level to “Super Easy”.  It’s an action/platformy type game and if you ever saw me play Eroico (very very badly) you’ll know why I’m doing this. 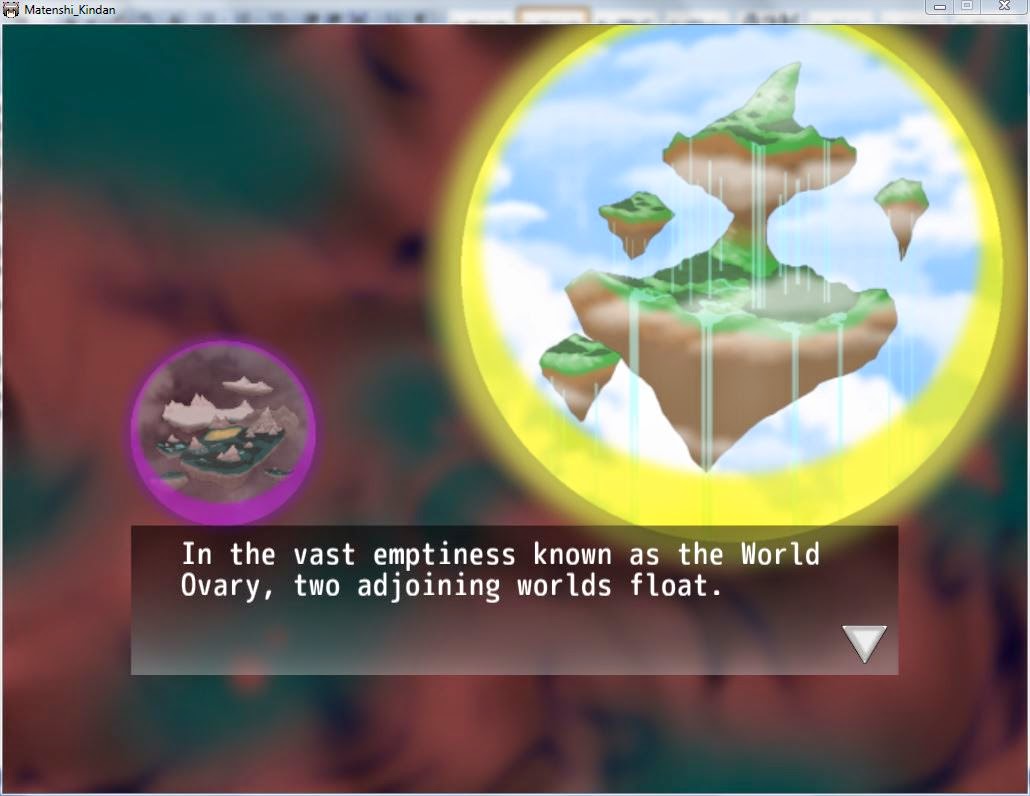 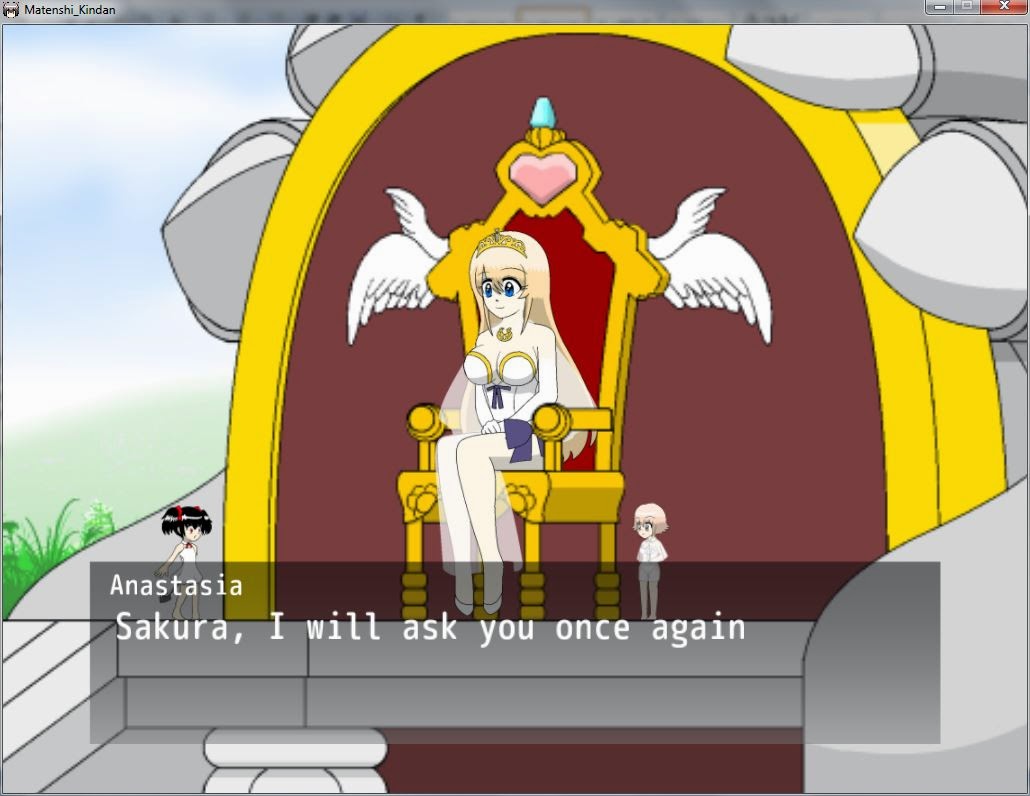 Oh, we’re actually playing the girl in the white dress from the intro scene.  Big momma angel (Ilias-clone) wants us to go to hell to get eaten . . . correction, retrieve a stolen mirror. 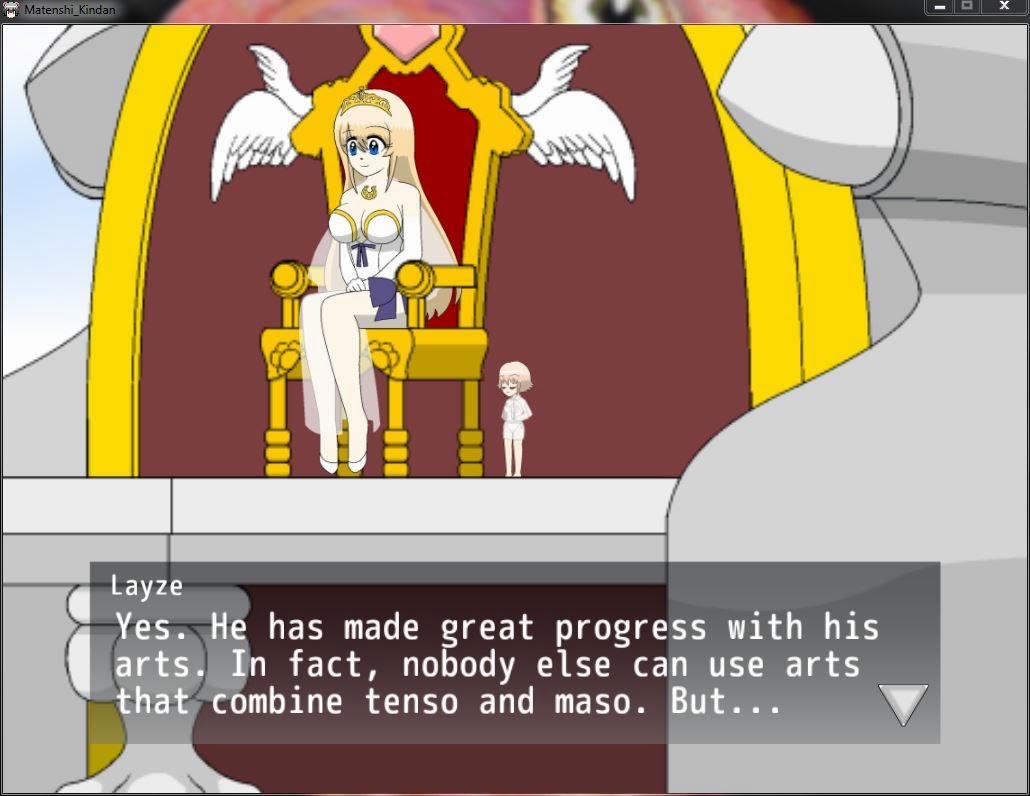 Huh, “He”?  Did someone get the pronouns screwed up in translation?  Main character Sakura looks like a girl . . .

There is an option to do something else, but it’s greyed out so I guess this might be some NG+ type thing.

I’ll carry this on tomorrow (providing my iffy internet connection doesn't punk out.  Again.)
Posted by M.E. Hydra at 03:02