And we're still bravely soldiering on through Demon Angel Sakura, our continuing mission to seek out and encounter new boundaries of sexy squick.  Part 1 is here.

First a quick aside.  On a google search for "Angel Demon Sakura" I noticed quite a few hits were being hidden as possible child abuse.  Not sure if it's related to this game.  As far as I'm aware the protagonist is a cartoon representation of a sissified young male adult (emphasis adult) in a giantess setting.  I assume this is the case for all the monster girl/succubus hentai games I look at unless the creator makes a big thing about the protagonist being underage/a child (at which point I leave the game alone).  If you've wandered here because you get turned on by child abuse or get turned on by getting outraged over things you think might be child abuse, I'm afraid this site won't have much to offer you.  We're all about the big-boobed, lascivious succubi here.

With that out of the way, let's continue.

Yesterday poor Sakura ended up being used as sex toy by a randy giant octopus (this should tell you all you need to know before going further).

Skylla is fairly easy to defeat on super Easy Mode as she’s so big I can’t really miss.

She’s also quite friendly after the battle and even helps Sakura out on his quest.

And now for the big twist: the mirror wasn’t stolen recently; it’s been here for yonks.  Big Angel Queen is a liar.  (We probably should have guessed this.  Never trust an angel in a Japanese videogame). 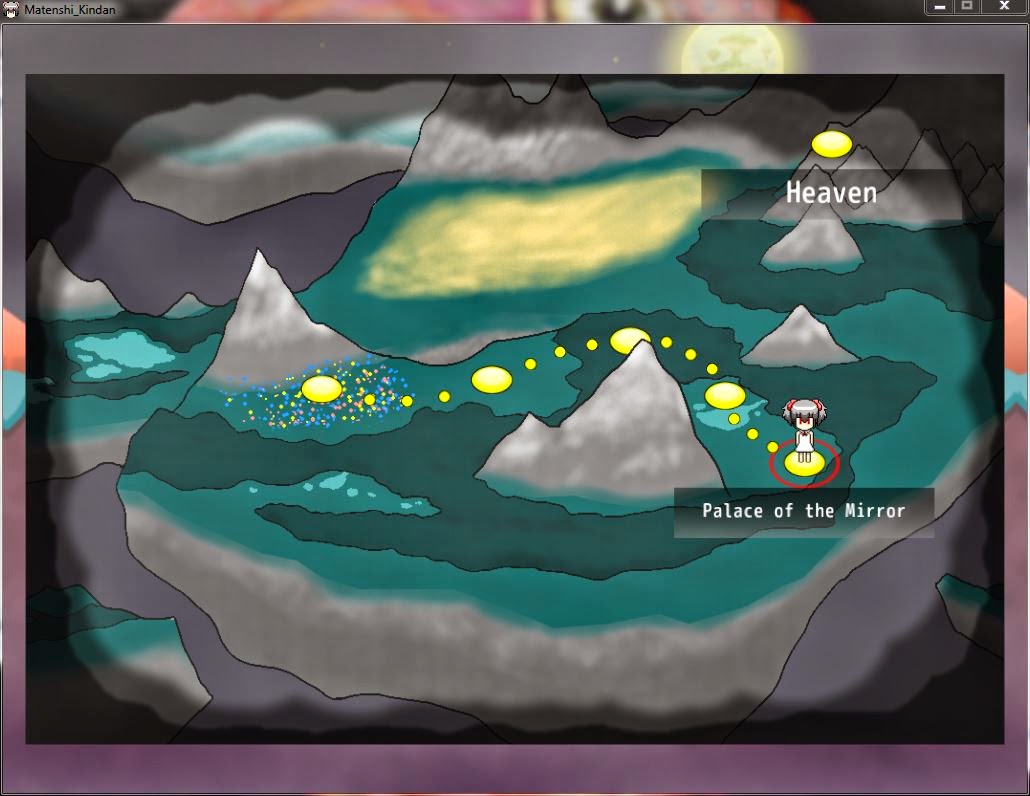 Off to the Palace of the Mirror we go and presumably the final boss.  Slime, Treant and Skylla were all spoiled in the promo pics for the game, but I have no idea what the final boss is. 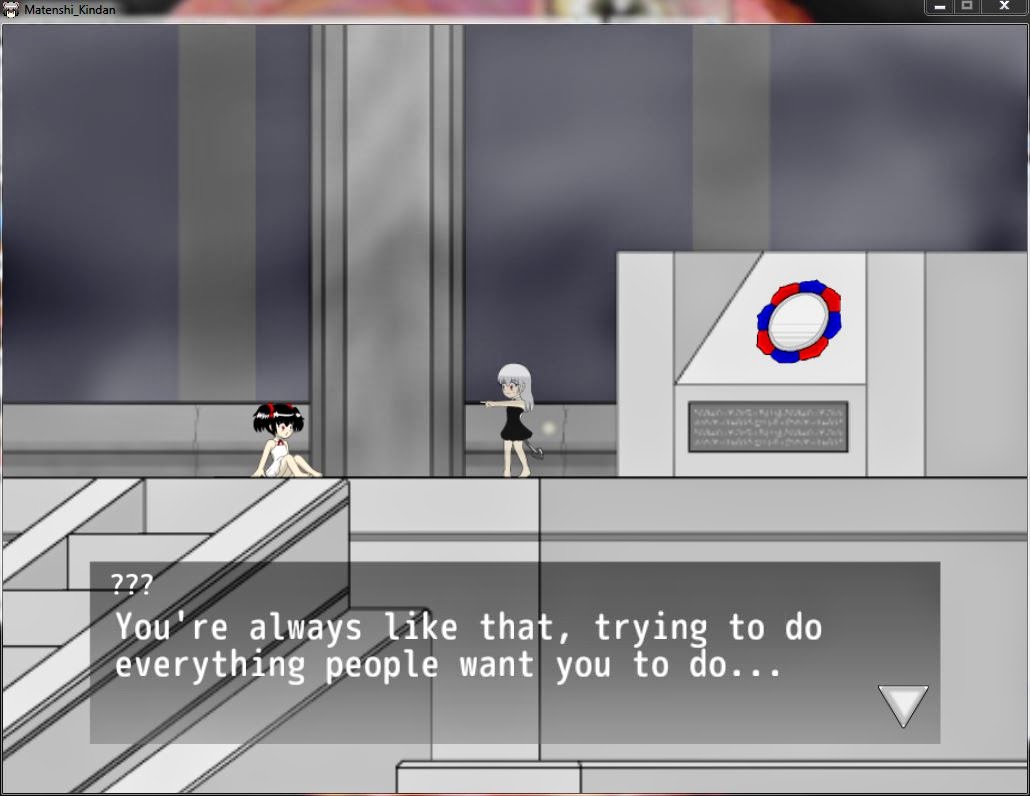 Sakura is the classic two-in-one, hence the whole demon angel thing.  The forbidden mirror reveals this and allows the demon half to come out and play.  She grows to giant-size and then it’s a battle against Dark Sakura.

I’m glad I’m on Super Easy mode as it’s quite hard to trigger the Bad Ends for this fight.  Most of the time she blasts me with dark energy and it’s a boring Game Over rather than a filth-filled, fully-fledged Bad End Game Over.

In fact, to even trigger the attacks that bring about Bad End, you have to do enough damage to her for her clothes to come off.  Then the game gets truly demented as she hovers around the temple trying to piss on us.

I’m not a hardcore vore fan and I tend to prefer conventional sexy rather than grossout-comedy-for-sniggers sexy, but I must admit I do have a soft spot for when a creator just flat out goes for it and keeps on going for it until common decency is just a speck on the horizon and we're deep in Sushi Typhoon or A Serbian Film territory.

Dark Sakura has two Bad Ends.  The first is more pandering to the giantess fetish.  She grabs Sakura in some magical spinning prison thing and floats him back to her mouth.  She sucks him off and then swallows him.  After chewing for a bit (no cutaway shot of that, thankfully!) she shrinks back down to normal size and announces she’s Sakura now. The other ending is Sushi Typhoon to the max.  She wraps her tail around Sakura and uses him as a buttplug.  Headfirst into the ass goes poor Sakura and her tail has a play with him.  That’s not enough for Dark Sakura and so, after making him come a few times, the tail shoves him all the way inside.  Then he gets stuck.  The humiliation isn’t complete as Dark Sakura tries to fart him out (it really is that kind of game) and the scene ends with trapped Sakura wriggling in her ass. 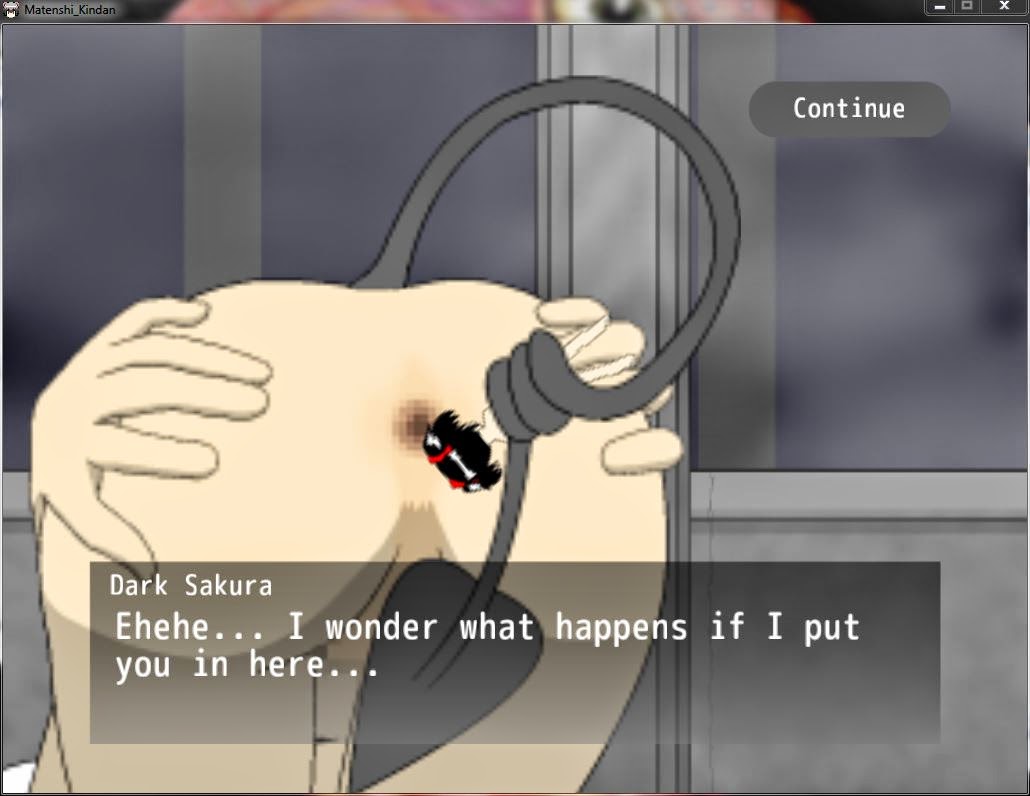 Dark Sakura is the final boss.  After defeating her we get a cut scene where . . . something happens.  Even with the English subtitles I’m not sure what happens.  I think the mirror tries to take her.  Sakura doesn’t want that and so he runs away.  He does something funky with his powers that looks like he’s trying to bash his head between his two fists and this results in Dark Sakura materialising outside his body.  I thought this might be the usual ending for these split personality things where the angel and demon halves end up in different bodies, but no, apparently Sakura is now too demony to go back to heaven.  I’m guessing he exhausted all his divine powers.  Sakura and Sakura walk off into the sunset together (and are probably eaten by the first monster they encounter, him being without powers and all that, silly boy).

Back in heaven, Sakura’s fairy friend gets so sad he hasn’t come back she flies through the portal into hell (and is presumably eaten by the first monster she encounters).

Oh, but now we must have unlocked that NG+ thing I mentioned in part 1.  A quick restart and there is an option to go away with fairy Kazari.  Maybe this will give poor Sakura a nice end. 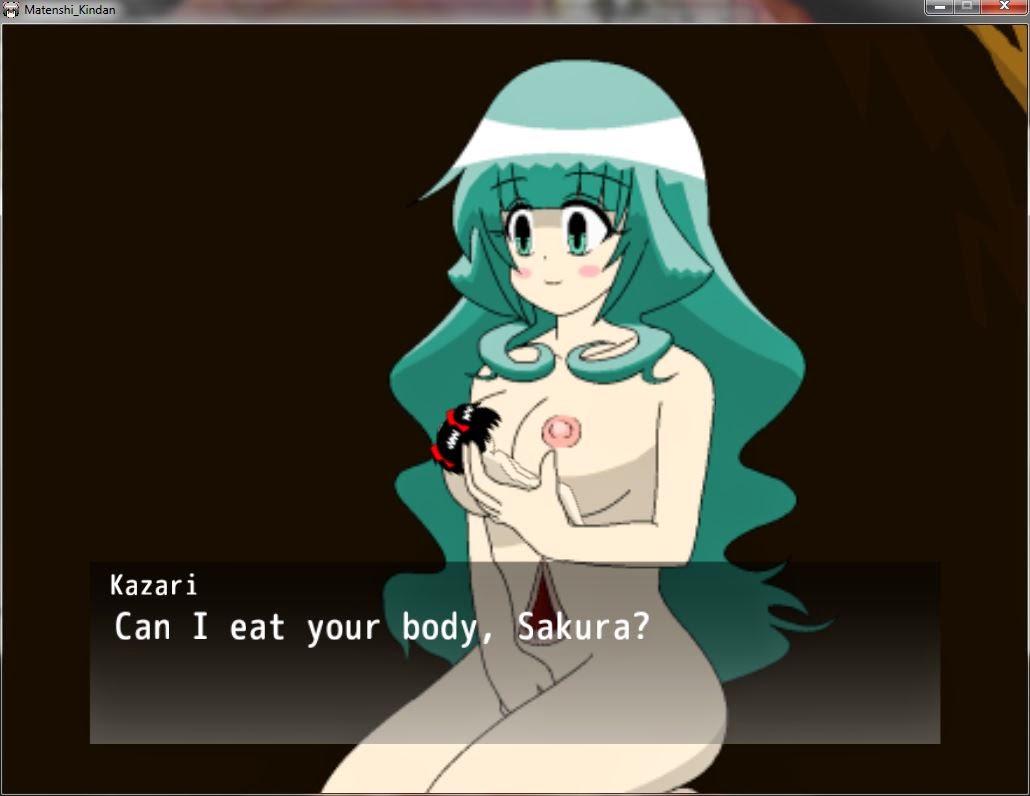 (Actually, it is sort of sweet in a severely fucked up kind of way.)

I'll finish off with a review thing tomorrow.
Posted by M.E. Hydra at 01:20